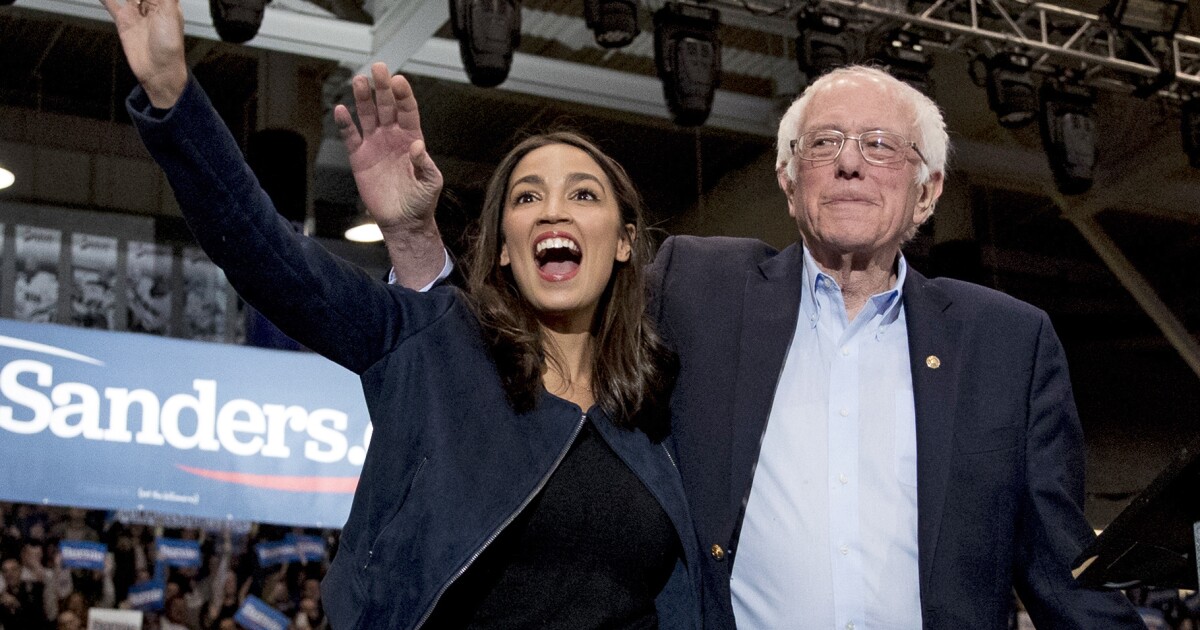 There is a strong case to be made that Joe Biden has already bowed before those furthest left of him. I myself have made it.

At the same time, the whole political dynamic has shaped up in a way that suggests some conflict between “progressive” and “establishment” Democrats is in order. There are a few indicators.

For one, Biden will not have the friendliest of Senates, so it appears. Biden will try plenty with his executive pen, but his hands will be largely tied without a Democratic majority. He has indicated that he wishes for compromise.

“There is loyal opposition within the Democratic Party that is willing to make itself known, and there will not be the never-ending honeymoon that Obama had,” David Segal, the co-founder of Demand Progress, told the Washington Post.

Biden’s candidacy had already provided for a measure of bipartisanship. A number of former officials elected as Republicans, former Ohio Gov. John Kasich among them, endorsed Biden. Rep. Alexandria Ocasio-Cortez had no place for him. “It’s important to remember that Kasich is an anti-choice extremist,” she tweeted in August. “He 100% will (and has) signed away our reproductive rights the moment he has the opportunity to do so.”

Speaking of Ocasio-Cortez, who has practically become the revolutionaries’ standard-bearer, she politely said that voting for Biden requires holding your nose. “It's OK to say Joe Biden is not perfect, and it's OK to say that and to support him. Not because you agree with him on everything, not even because you think his policies are good,” she said in October. The prospects of a second Trump term required it, she suggested, a fine political argument to make. In any case, she didn’t seem happy about it. And she couldn’t be happy about any impulse that would elevate a Kasich into Biden's Cabinet, which is a reported possibility.

The difference between what Biden offers and what progressives want is measurable, and even President Barack Obama has expressed concern about it. Still, Biden won’t be the only roadblock to the progressives’ most long-shot wishes. More centrist House Democrats have expressed dismay about the party’s left-most wing in the last week.

For his part, Democratic Sen. Joe Manchin of West Virginia said Senate Minority Leader Chuck Schumer should understand that “we need to take a strong look at ourselves.” He continued, “I’ve watched the last three elections: 2016, ‘18 and ‘20. We truly should have been in the majority, and it didn’t happen. Whatever our message is, it hasn’t worked.” Manchin is sort of a lone centrist wolf, but a lot can be decided by a single vote in a closely divided Senate.

The issue Biden faces can be summed up in this exchange. “Do you believe that [Rep. Alexandria Ocasio-Cortez is] going to be disappointed or not when she sees the agenda of the Biden administration in the first six months?” Meet the Press’s Chuck Todd asked Kate Bedingfield, Biden’s communications director, on Sunday.

“No. I think that Vice President Biden campaigned on an incredibly progressive and aggressive agenda,” Bedingfield responded. “Take a look, for example, at his climate plan. It's the boldest, biggest climate plan that's ever been put forward by a nominee running for president and now a president-elect. He's going to make good on those commitments. He spent time during this campaign bringing people together around this climate plan.”

Todd asked that question because progressive Democrats perceive Biden as a centrist and have vowed to push him. Bedingfield answered in a way that would keep a very vibrant faction of the Democratic coalition happy (enough). One interpretation of her answer would suggest it as evidence that Biden seeks to serve the Left, but it’s more indicative that she knows Biden has a problem.