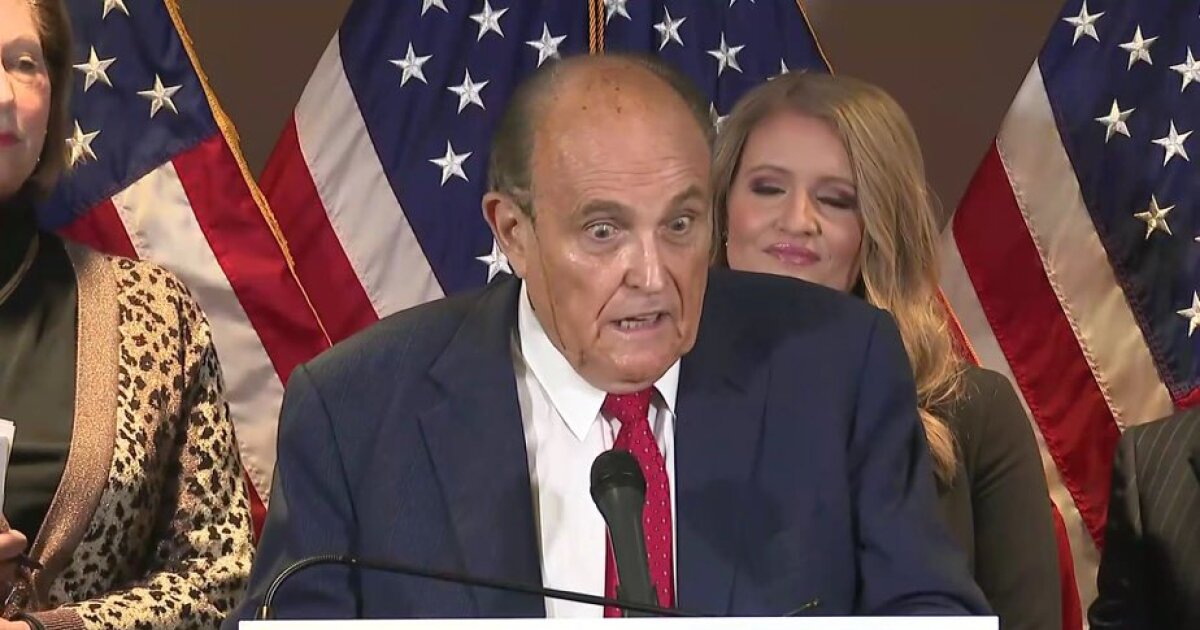 The Trump campaign’s lawsuit seeking to block the certification of Pennsylvania’s election was dismissed by a federal court judge on Saturday.

U.S. Middle District of Pennsylvania Judge Matthew Brann made the decision after days of motions filed on both sides and after hearing oral arguments from President Trump’s personal attorney, Rudy Giuliani, who took over the case last week.

In a scathing critique of the legal basis for the case, Brann wrote that the court “has been unable to find any case in which a plaintiff has sought such a drastic remedy in the contest of an election.”

“One might expect that when seeking such a startling outcome, a plaintiff would come formidably armed with compelling legal arguments and factual proof of rampant corruption, such that this Court would have no option but to regrettably grant the proposed injunctive relief despite the impact it would have on such a large group of citizens,” Brann ruled. “That has not happened.”

The judge said that the plaintiffs offered “strained legal arguments without merit and speculative accusations.”

Trump’s team contended that Democratic-majority counties in Pennsylvania wrongfully allowed voters to “cure” errors in their submitted absentee ballots, while some Republican counties didn’t count ballots that were deemed deficient. The campaign was hoping to have an emergency order issued that would block the Keystone State from certifying the results.

The ruling was another blow to the Trump campaign’s effort to contest the election results in several states including Michigan, where the Trump team dismissed its federal lawsuit there last week.

President-elect Joe Biden was projected to win Pennsylvania on Nov. 7, giving him more than the 270 Electoral College votes to carry the White House.

The Washington Examiner reached out to the Trump campaign for comment on the judge's ruling but did not immediately receive a response.