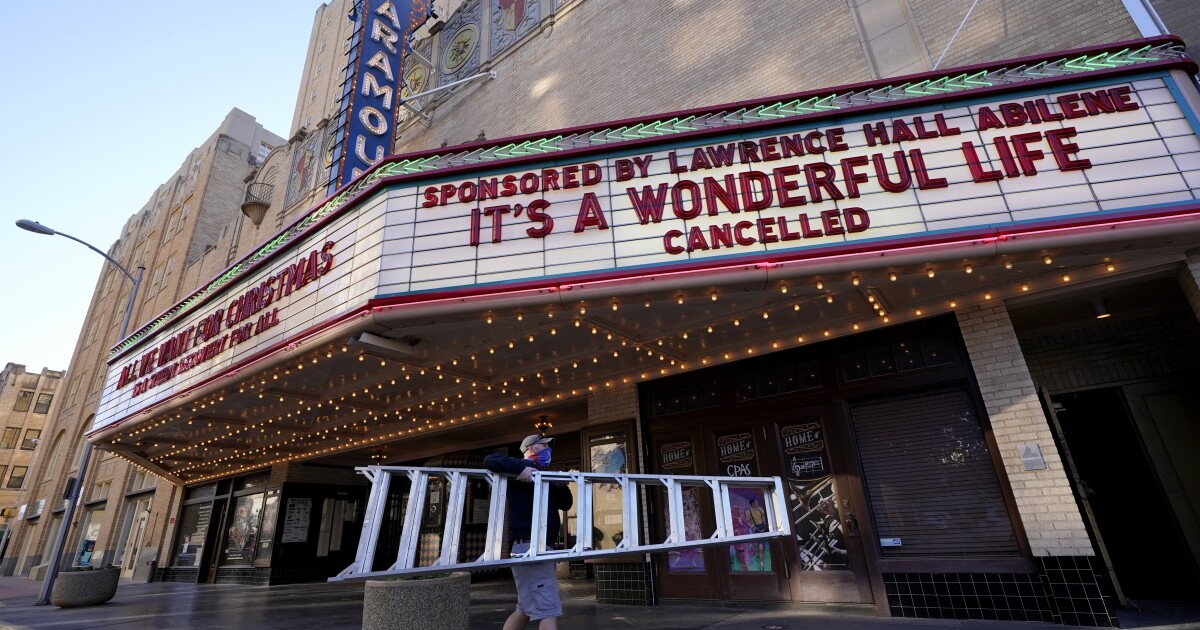 Many counties in Texas have imposed a new round of coronavirus-related economic shutdowns, citing executive orders still in place from Gov. Greg Abbott.

In September and October, Abbott issued additional executive orders to expand capacity limits for many businesses to 75 percent. The affected businesses included gyms, restaurants and retail stores and some bars.

In the orders, the ability to expand capacity was dependent upon the number of coronavirus patients admitted to a hospital in a given area.

That didn't sit well with David Balat, director of the Right on Healthcare initiative at the Texas Public Policy Foundation

“Flattening the curve was about making sure that we had hospital capacity so rather than the arbitrary percentage based on admissions, we should be focusing on available capacity,” Balat told The Center Square, focusing on the difference between available and staffed beds.

The order divides the state into 22 regions called Trauma Service Areas. Any businesses located in a region in which there was a seven-day hospitalization rate below 15 percent capacity could reopen to the 75 percent capacity level.

But if a region reported a hospitalization threshold over 15 percent, the order states that only some businesses must comply with functioning at a lower capacity. Meaning, restaurants and small businesses might only be able to operate at 50 percent capacity, and most bars would be forced to close. Moratoriums would be reinstated for elective medical procedures.

As of Jan. 5, 149 of Texas’ 254 counties were subject to the increased restrictions, including major metropolitan areas like the Dallas-Fort Worth metroplex and San Antonio.

Houston-based attorney Jared Woodfill, who has sued the governor multiple times over his executive orders arguing they are unconstitutional, told The Center Square that the governor had lost sight of the limits of his powers.

“Since March of 2020, Gov. Abbott seems to think that the Constitution can be shelved, put away and forgotten during a pandemic,” Woodfill said. “Under the auspices of ‘public health,’ Abbott has requested numerous courts to disregard almost 100 years of constitutional jurisprudence and, instead, apply a standard that allows Abbott to act as king.”

Abbott recently pledged “no more shutdowns in Texas,” and maintains that the statewide mask mandate will stay in place until a better alternative becomes available.

The closures have impacted small businesses that have struggled to stay open, resulting in bar owners and others also suing the governor.

The Paycheck Protection Program helped keep some restaurant workers employed but that money has come and gone.

Restaurants that were able to stay open had to hire and rehire employees and remain partially open while generating less revenue. They also had to implement new business models, including retrofitting them for carry out, curbside, and delivery, and online ordering demand.

To help the industry stay afloat, the Texas Workforce Commission announced it is funding one-time projects through a donation of $4.9 million from IKEA. Rather than continue to provide direct funding to restaurants as the PPP did, TWC is using the money to create online training videos for restaurant owners and their employees.

The project will also provide up to $500,000 for the purchase of ServSafe Food Handler and TABC To Go training and certification for food service employees.

TWC argues the funding will help restaurants stay open safely, and “assist them in keeping their employees, growing and rehiring new workers, and driving the recovery of our Texas economy.”

Things were looking up for Bill de Blasio. Then crises started piling up.

Things were looking up for Bill de Blasio. Then crises started...