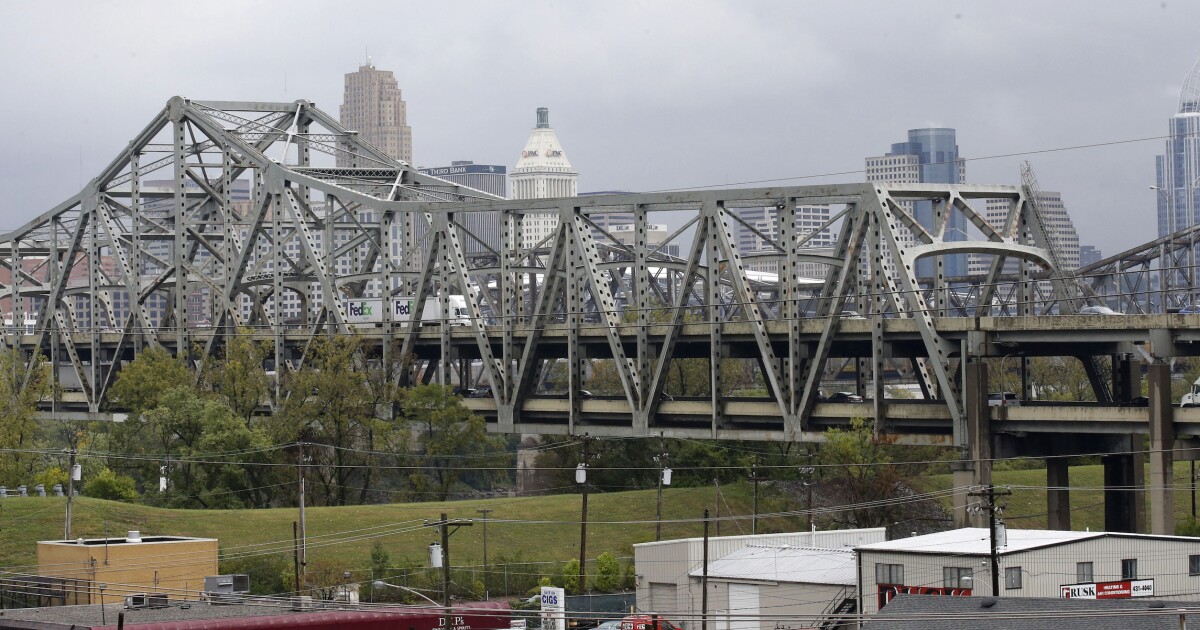 The Brent Spence Bridge, the primary connector between Ohio and Kentucky, will remain closed for more than a month as construction crew work to repair damage caused by a fiery accident on the span last week.

Kentucky Gov. Andy Beshear announced Monday a tentative reopening date to traffic is Dec. 23. The governor said the news could have been much worse, but inspectors have determined the crash, which occurred early last Wednesday when a truck carrying potassium hydroxide crashed into a jackknifed semi, did not cause structural damage to the 57-year-old double-decker structure.

State officials were reviewing proposals for the repair work, so Gray said he could not give an estimate for how much the entire repair work will cost.

Interstate 75, one of the country’s busiest north-south interstate highways, traverses the bridge, along with Interstate 71, a major regional artery in the Ohio Valley. As a result, a bridge that was designed to hold 80,000 vehicles per day is now handling about twice that.

There has been talk for years to build a new bridge to replace the aging structure, but Gray noted that even if funding for a new span came through now, it would still take years to build.

The estimated cost for the Brent Spence replacement is said to be about $2.6 billion. One of the hang ups in moving forward has been how to pay for the project. Northern Kentucky lawmakers have opposed tolls, which is how Kentucky and Indiana are paying for two bridges that opened in Louisville four years ago.

Beshear said he has had several talks with Ohio Gov. Mike DeWine regarding the bridge project and both leaders are committed to finding a way to pay for it.