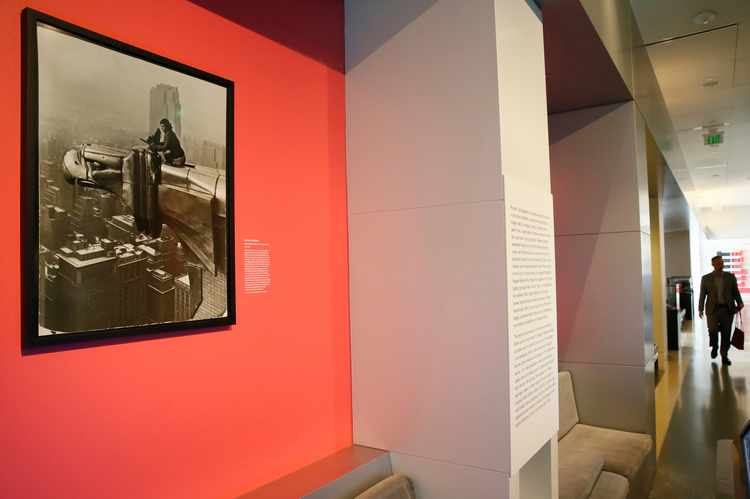 Eighty-four years ago today, a shiny and sophisticated pictorial publication hit the newsstands. The brainchild of Henry Luce and Briton Hadden, two prep school friends who ran the college newspaper at Yale, this glossy magazine would change the way Americans looked at their world. It was called, fittingly, Life.

Although Briton Hadden may be an unfamiliar name to you, he was a singular and pivotal figure in 20th century journalism. He and Luce had burst onto the scene in 1923 with Time, the nation’s first modern weekly newsmagazine. Its very conception was Brit Hadden’s, as was its distinctive voice, dubbed “Timestyle.” It was also Hadden who raised the money to launch it. All this was known in the 1920s, including by Time’s readers. In his authoritative account of those early years, scholar Isaiah Wilner produced an unpublished letter-to-the-editor from a reader who said, flatly, “Briton Hadden was the presiding genius.”

But Hadden, who also invented the radio quiz show and coined such still-resonant phrases as “socialite” and “pundit,” died young — at only 31 — so by the time Henry Luce founded Life magazine, he’d been gone as long as Jacob Marley was when Ebenezer Scrooge was visited by ghosts. But although Henry Luce was certainly Scrooge-like when it came to sharing credit with Brit Hadden, Life magazine was his baby.

Luce explained its mission in the inaugural issue, dated Nov. 23, 1936:

“To see life; to see the world; to eyewitness great events; to watch the faces of the poor and the gestures of the proud; to see strange things — machines, armies, multitudes, shadows in the jungle and on the moon; to see man's work — his paintings, towers and discoveries; to see things thousands of miles away, things hidden behind walls and within rooms, things dangerous to come to; the women men love and many children; to see and to take pleasure in seeing; to see and be amazed; to see and be instructed.”

Inside the first issue were several portraits by German-born journalist Alfred Eisenstaedt. Working as a wire service photographer earlier in his career, Eisenstaedt had documented the first meeting between Adolf Hitler and Benito Mussolini. His camera also caught Joseph Goebbels smiling in a friendly manner at a 1933 meeting in Geneva — until he learned that Eisenstaedt was Jewish, when the infamous Nazi’s countenance hardened instantly into a menacing scowl.

Although Life’s battlefield photos by legendary war correspondents such as Robert Capa were unflinching, the magazine’s uplifting motto was “Where there’s Life, there’s hope.” Its inaugural cover was a photograph by Margaret Bourke-White of Fort Peck Dam, a towering Missouri River edifice in northeastern Montana that had come to symbolize the public works potential of the New Deal. Bourke-White had been brought over to Life from Fortune, another Luce property, where she had been put on the payroll in 1929, a time when hiring a female photographer was making a statement of its own.

“Maggie” Bourke-White was the complete package: physically and morally courageous and famously aggressive when anyone or anything got between her camera and her subject. She was also one of the first photojournalists to write accompanying texts. Over the next five years for Life she would document the Depression, the Dust Bowl, and racial inequities of the criminal justice system in the South. When world war came, she was off to cover that story — even before Pearl Harbor. The only U.S. photographer in Russia during the Battle of Moscow, she later embedded with Gen. George Patton when the U.S. Army liberated Buchenwald. She was India in 1948 and took the last known photographs of Mahatma Gandhi before he was assassinated.

“The camera is a remarkable instrument,” she once explained. “Saturate yourself with your subject and the camera will all but take you by the hand.”

Perhaps. But the camera, and its subjects, often need a little coaxing, as Maggie Bourke-White knew better than anyone. Among world leaders, it was an act of passage to sit for her — and Franklin Roosevelt, Winston Churchill, Pope Pius XI, and Joseph Stalin all did so, some more compliantly than others. Churchill gave her only 12 minutes, but Stalin insisted on personally carrying her bags for her.

At her 1941 Kremlin session with Stalin, who was then a U.S. ally, Bourke-White went through great contortions trying to make “that great stone face come alive.” Eventually, she got her picture. In a self-epitaph of her own work — and in an observation that describes most honest journalism — she said, “I feel that utter truth is essential, and to get that truth may take a lot of searching and long hours.”