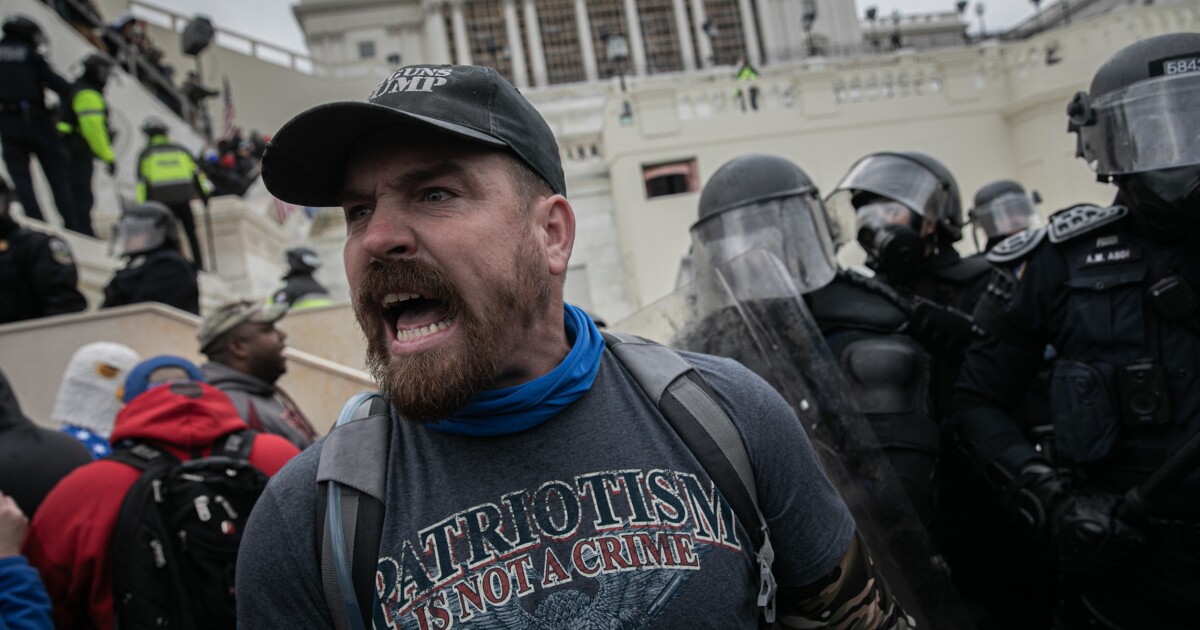 Senate Majority Leader Mitch McConnell called for an investigation into how “unhinged criminals” were able to breach the Capitol building as lawmakers began the process of affirming President-elect Joe Biden's victory.

The Kentucky Republican branded the Wednesday mayhem a “failed insurrection” in a Thursday statement where he thanked the front-line workers, including the U.S. Capitol Police, for intervening and retaking control of the complex.

“With that said, yesterday represented a massive failure of institutions, protocols, and planning that are supposed to protect the first branch of our federal government,” McConnell wrote. “A painstaking investigation and thorough review must now take place and significant changes must follow. Initial bipartisan discussions have already begun among committees of oversight and Congressional Leadership.”

McConnell emphasized that the “ultimate blame” for the violence was with “the unhinged criminals who tried to disrupt our government and with those who incited them.”

“But this fact does not preclude our addressing the shocking failures in the Capitol’s security posture and protocols,” he added.

In a statement of his own on Thursday, U.S. Capitol Police Chief Steven Sund said his force will be ” conducting a thorough review of this incident, security planning and policies and procedures.”

The incursion began after thousands of people gathered near the White House to hear a speech from President Trump. Trump encouraged them to march toward the Capitol building, where Congress began the process of certifying Biden’s Electoral College victory.

Soon after deliberations began, protesters began breaking through the barriers surrounding the building and quickly overwhelmed law enforcement who were standing guard. Photos and videos sourced from the violence show broken windows, lawmakers ducking down in fear, police with guns drawn inside the building, and rioters walking openly through offices and spaces not open to the public.

The crowd swelled throughout the afternoon, and by mid-afternoon, there were hundreds of Trump supporters standing on and around the Capitol building as law enforcement began to gather to disperse them. Police began firing tear gas, and protesters were pushed away as night began to fall, many coughing and gagging as they ran from the noxious fumes.

Only after the storming of the Capitol did Trump change his tune and urge his supporters to go home peacefully, adding that he understands how they feel and that he loves them.

By the time Congress reconvened to begin the Electoral College count once again, authorities from the Capitol Police, Metropolitan Police Department, National Guard, and FBI had set up a beefy perimeter around the complex. Trump then promised a peaceful transfer of power on Jan. 20.

Metropolitan Police Department Chief Robert Contee said at a Thursday press conference that one person was fatally shot, and three others died during the chaos. He also said 68 people were arrested, only one of which was a resident of the district. The police and FBI are asking the public for help in identifying other suspects. The Justice Department is expected to announce some charges on Thursday.

Trump’s transportation secretary, Elaine Chao, announced her resignation from the administration on Thursday. Chao is McConnell’s wife and had served on Trump’s Cabinet since the start of his presidency.

“Yesterday, our country experienced a traumatic and entirely avoidable event as supporters of the President stormed the Capitol building following a rally he addressed,” Chao wrote in part. “As I'm sure is the case with many of you, it has deeply troubled me in a way that I simply cannot set aside.”