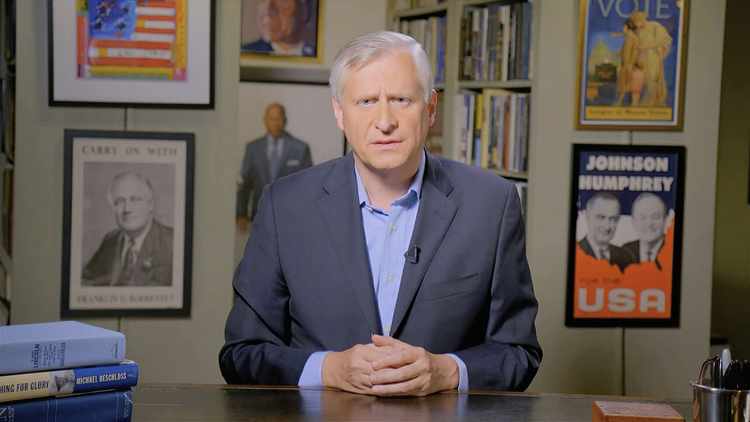 Wednesday was Veterans Day, but in 2020 we all know who really deserves our thanks for preserving the American way of life — the press. “The media never fully learned how to cover Trump. But they still might have saved democracy,” read a headline in the Washington Post earlier this week.

The column was authored by Margaret Sullivan, who is ostensibly a Post media critic, though any media criticism she offers lately seems to involve trolling her peers for not being tougher on President Trump. “We constantly sought to normalize him, treating his deranged tweets like legitimate news,” she wrote. In this parallel universe, the media still managed to save democracy despite a supposed reticence to criticize Trump.

Back in the real world, Joe Biden may have eked out a victory, but if this was a referendum on the media’s performance – it lost. Bigly. Despite confident pundit predictions and skewed polls, it was a very close election. And before all the votes are counted, the gatekeepers of the Fourth Estate remain anxious to claim victory. But they haven’t stopped to ask whether a Trump defeat was worth encouraging Michael Avenatti to run for president, smearing Brett Kavanaugh as a teenage gang rapist, allowing anonymously sourced bilge to define journalistic norms, and descending into a labyrinth of discredited Russia conspiracies. It might be a generation before the media is trusted again, if ever.

It was all too obvious there would soon come a time when the national press corps would regret squandering their remaining professional credibility to go to war with Trump. It didn’t take long for that time to come. The media is very unhappy that Trump hasn’t conceded the election to Biden and is instead vigorously pursuing claims of voter fraud, however unlikely it is for the results to be overturned. The time when the media functioned as a trusted intermediary to tell us who won elections has passed.

Criticizing Trump for his loose talk about vote fraud is to be expected, but major media figures are now making veiled threats directed at his supporters – and that’s something altogether different.

“I truly sympathize with those dealing with losing — it’s not easy — but at a certain point one has to think not only about what’s best for the nation (peaceful transfer of power) but how any future employers might see your character defined during adversity,” CNN’s Jake Tapper tweeted earlier this week.

Tapper would later insist that he wasn’t advocating blacklisting, but given CNN’s consistently hostile tone toward the president, why would any Trump supporter take Tapper’s sympathy at face value? Did he earn this moral authority to call out sore losers by publishing “Down and Dirty: The Plot to Steal the Presidency” barely a month after George W. Bush was inaugurated? Did CNN run its snarky chyrons when Hillary Clinton repeatedly claimed Trump’s election was illegitimate? Did anyone in the legacy media question Stacey Abrams’ continued insistence she won Georgia’s gubernatorial election in 2018?

As for the media’s sudden concern about a “peaceful transfer of power,” part of the current angst over conceding the election is that Trump supporters feel, with good reason, that their guy was never extended that courtesy.

Here again, the media, specifically Jake Tapper’s network, played a role in that process. Before Trump’s inauguration on Jan. 20, 2017, CNN reported on the existence of a briefing given to President-elect Trump and President Obama about a “dossier” detailing accusations that Trump had questionable dealings with Russia.

Former Director of National Intelligence James Clapper apparently leaked news of the briefing to Tapper in early January, who ran with the story without bothering to verify the claims in the dossier, many of which were farcical. (Erik Wemple, The Post’s other media critic, has written a damning multi-part series on the mishandling of the dossier by the media generally, and CNN specifically.) Nonetheless, if the goal was to get Trump, it couldn’t have worked out better – CNN’s story triggered years of dubious Russia reporting across the entire media landscape.

Certainly Trump’s own behavior in office did him no favors, but it’s worth asking how the 2020 election would have turned out if accusing Trump of stealing the 2016 election by colluding with Russia hadn’t been the dominant story of his first two years in office.

There was from the start a  different set of journalistic rules when it came to Trump. It’s hard to even understand, for example, how The New York Times made a high-level editorial decision to grossly misrepresent the identity of an unknown Department of Homeland Security underling as a “senior White House official” when writing his “Anonymous” screed.

One-term or not, Trump will prove to be a consequential president – if for no other reason than post-2020 it will be impossible to pretend major media outlets aren’t willing to put their thumbs on the scale.

Earlier this week, MSNBC fired contributor Jon Meacham after it was revealed he drafted Joe Biden’s victory speech and then went on air afterward to effusively praise his own handiwork. Meacham is the former editor-in-chief of Newsweek and a Pulitzer Prize-winning biographer, so he can’t possibly claim to be ignorant of the ethical considerations. If a journalist of Meacham’s credentials thought he could get away with this, it makes you wonder what kind of partisan favor-trading major media figures are routinely engaged in.

Perhaps there is some mitigating explanation for Meacham (pictured), but to paraphrase Jake Tapper, I truly sympathize with those in the media dealing with winning. But at a certain point one has to think not only about what’s best for the nation, but how any future employers might see your character defined during a news cycle of uninspiring Biden triumphalism.

All that is to say expect Meacham to be back on television in a few months. After all, the media has to save democracy, and another presidential election is only four short years away.