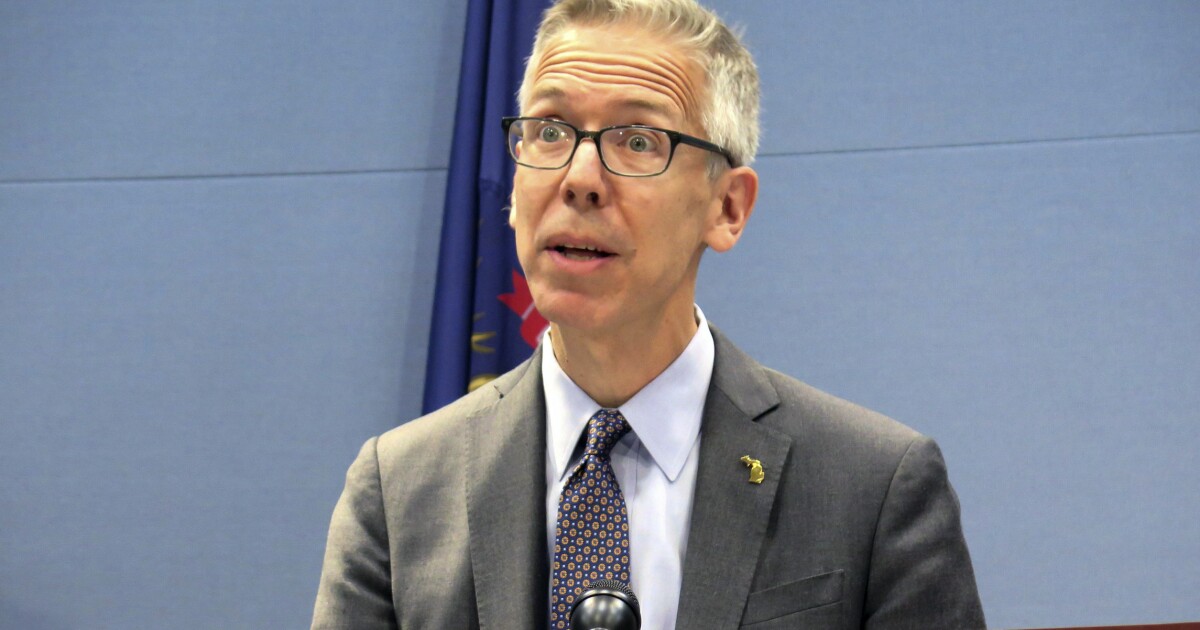 Gov. Gretchen Whitmer announced Sunday night the state is responding to a surge in COVID-19 cases by imposing a shutdown of indoor gatherings in both public and business settings.

The emergency order is issued by the Michigan Department of Health and Human Services, and was outlined by MDHHS Director Robert Gordon. The order begins Wednesday at 12:01 a.m. and will last three weeks.

Among the businesses affected are indoor service at bars and restaurants; indoor entertainment venues such as casinos, bowling centers, movie theaters, and ice rinks; and group exercise classes.

Only distance learning will be allowed for high school classes during the three-week shutdown.

Facemasks are required at all gatherings as well as the collection of contact tracing information.

All COVID executive orders signed by the governor since April 30 as well as the statute she claimed granted her that authority were determined unconstitutional by the state Supreme Court on Oct. 2. The court ruled the governor could not assume powers for both the executive and legislative branches.

Michigan Senate Majority Leader Mike Shirkey, R-Clarklake, tweeted his response Sunday evening. In his statement, he expressed his “disappointment” the governor “chose to go it alone, again,” he noted.

“The Senate Republicans have been involved in thoughtful conversations with our doctors, hospitals, and the Whitmer administration on ways to combat the spread of this insidious virus and help support our healthcare workers,” Shirkey said.

“While were [sic] meeting in good faith, Gov. Whitmer was working on her own strategy that did not include input from the Senate Republicans and we see the result of her plans in this latest round of restrictions,” Shirkey added.

Justin Winslow, president and CEO of the Michigan Restaurant & Lodging Association, issued a statement in which he noted the shutdown would force layoffs of approximately 250,000 employees during the 2020 holiday season. He also said another 6,000 restaurants may be forced to close permanently, and that 2,000 restaurants have already shuttered for good.

“We recognize that there are no easy decisions right now and so we have an appreciation of the challenge before Director Gordon and all Michiganders as we continue our fight against COVID-19,” Winslow said.

“That said, we are profoundly disappointed by his decision to shutter restaurants for a second time this year – this time with no safety net of federal stimulus dollars to soften the blow to already ailing operators and employees,” Winslow said.

“While this decision will absolutely lead to a catastrophic economic fallout, the human toll on restaurant owners and their employees will be dramatically worse than what Director Gordon is attempting to mitigate through this Order based upon the department’s own transmission data,” Winslow added.

According to the MRA, only 4.4% of COVID-19 outbreaks in the state have been traced to restaurants, and only five investigations statewide involve a restaurant patron.

“We are at a true tipping point where we can either choose to surrender to the virus or we can make difficult, but temporary, changes to our lifestyles to prevent spread,” Senate Minority Leader Jim Ananich, D-Flint, said in a statement.

“Again, Governor Whitmer is rising to the challenge, and again, her administration’s actions will save lives. She should not have to keep carrying this torch alone. Our common enemy is COVID-19 and we must be in this fight together,” Ananich said.