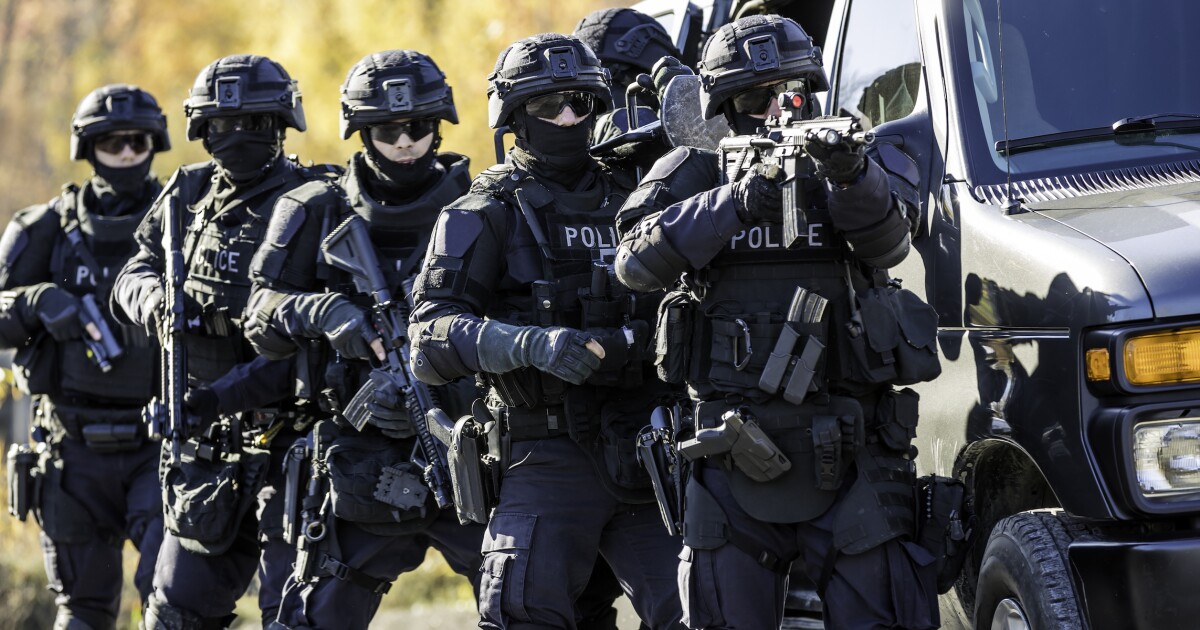 The Missouri Senate Tuesday advanced two slates of priority Republican legislation with the adoption of a COVID-19 liability bill and preliminary approval of a measure enhancing protections for police and increasing penalties for unlawful protesters.

The COVID-19 liability bill, Senate Bill 51, sponsored by Sen. Tony Luetkemeyer, R-Parkville, was approved Tuesday in a 20-13 vote, sending it to the House.

SB 26, filed by Sen. Bill Eigel, R-Weldon Springs, which includes a “law enforcement bill of rights” and increased penalties for traffic-blocking, monument-vandalizing protesters was “perfected” after lengthy debate and is ready for a Senate floor vote.

Under SB 51, no entity “engaged in businesses, services, activities or accommodations” shall be liable in any COVID-19 exposure lawsuit unless plaintiff proves “by clear and convincing evidence” that:

SB 51 requires litigation be filed within a year of alleged exposure. An amendment that would have allowed an emergency clause enacting it upon the governor’s signature failed to garner the necessary two-thirds vote.
SB 51 combines provisions from SB 42, filed by Sen. Bill White, R-Joplin, after the Senate spent 15 hours last week debating them, but was criticized by some Republicans for being too expansive for health care providers and too restrictive for businesses.

“The aim of SBs 51 and 42 was to protect businesses, hospital, and entities providing products designed to protect against the coronavirus. The bill fell short of that aim by giving immunity to health care facilities, but not to all businesses,” said Sen. Mike Moon, R-Ash Grove. “If the desire was to protect Missouri businesses from any liability related to exposure to a virus, a bill that would have been fair to all concerned should have been presented.”

The failed amendment soured four Republicans on the bill because without it, SB 51 won’t go into effect until August, leaving time for filing lawsuits.

“The bill already went through 15 hours of debate and compromise,” Luetkemeyer said. “Restaurants and shops have been economically crippled due to closure. We need to give them a fighting chance to stay open.”

Missouri Chamber of Commerce & Industry President Daniel Mehan thanked senators for “making this a priority and passing this legislation. However, the failure to pass the emergency clause is bad for employers and hurts our economic recovery. The threat of litigation looms over every employer in Missouri.”

At least 27 states, the District of Columbia and Puerto Rico have enhanced liability protections for health care providers and medical facilities through legislation or via emergency executive orders since the COVID-19 pandemic emerged last March.

After nearly three hours of debate Tuesday afternoon, the Senate issued a preliminary nod to Eigel’s SB 26, a pared-down version of his original bill with parts of SB 66, filed by Sen. Rick Brattin, R-Harrisonville.

The bill, which will be discussed again on the Senate floor and is certain to draw heated opposition, features five primary provisions: