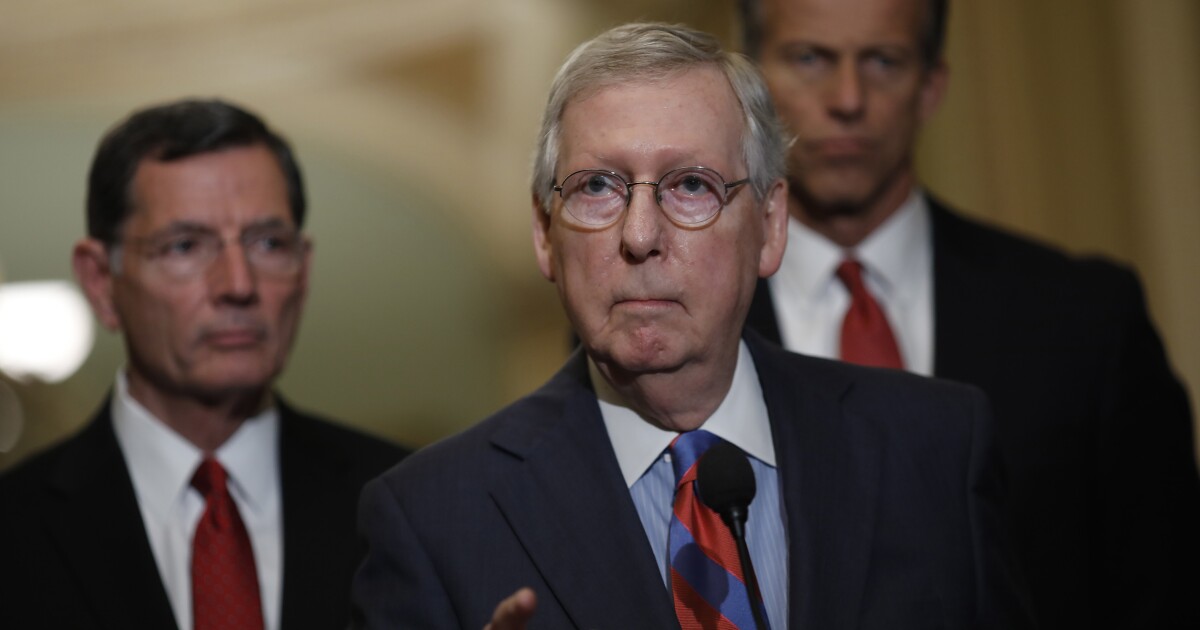 Vandals allegedly spray painted, “Weres [ sic] my money” on the Kentucky senator’s front door, and other expletives were scrawled across his front porch.

“I’ve spent my career fighting for the First Amendment and defending peaceful protest. I appreciate every Kentuckian who has engaged in the democratic process whether they agree with me or not,” McConnell said in a statement obtained by the Washington Examiner. “This is different. Vandalism and the politics of fear have no place in our society.”

“My wife and I have never been intimidated by this toxic playbook. We just hope our neighbors in Louisville aren’t too inconvenienced by this radical tantrum,” McConnell added.

The incident follows the defacement of House Speaker Nancy Pelosi’s San Francisco home, with fake blood and a pig’s head left outside of her garage and the message, “$2k cancel rent! We want everything!” painted on her garage door.

The Republican leader has faced criticism for his opposition to increasing COVID-19 stimulus checks from $600 to $2000 per person. The proposal, which is backed by President Trump and passed in a bipartisan vote in the House, would add $464 billion to the $900 billion COVID-19 aid package.

“The Senate is not going to be bullied into rushing out more borrowed money into the hands of Democrats’ rich friends who don’t need the help,” McConnell said on the Senate floor Wednesday.