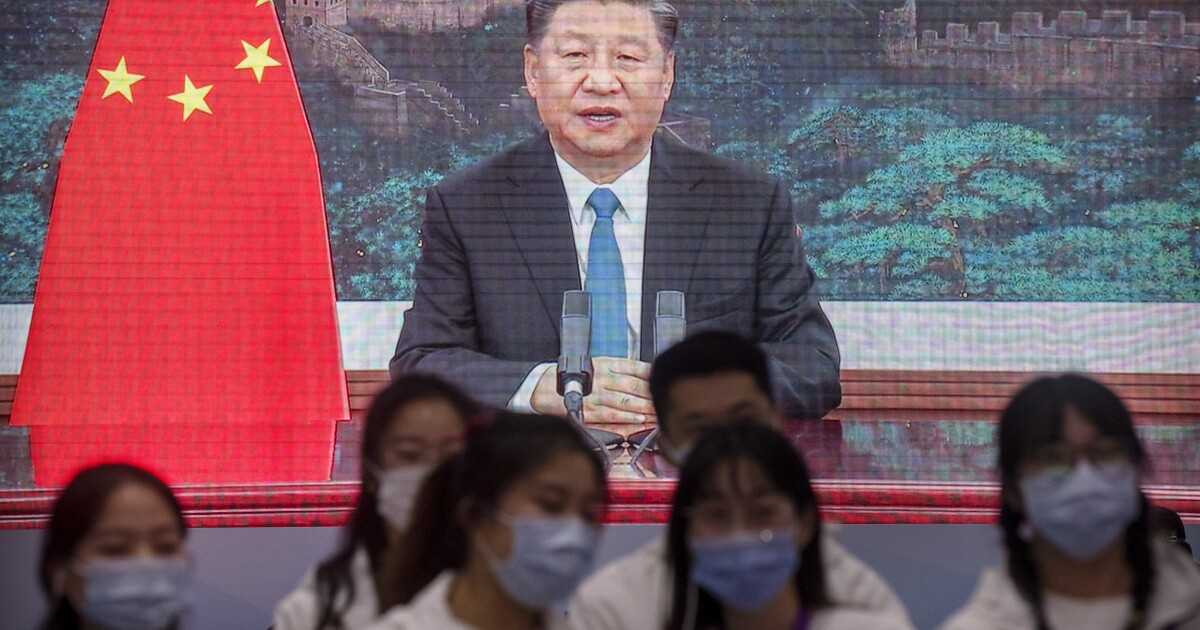 A top Justice Department official said more than 1,000 foreign researchers affiliated with the Chinese military left the United States following a crackdown this summer that resulted in half a dozen members of China’s People’s Liberation Army studying in the U.S. being arrested and charged with lying on their student visa applications.

The revelation was made by John Demers, the assistant attorney general for national security and the head of the Justice Department’s China Initiative, during a discussion with National Counterintelligence and Security Center Director William Evanina and Wall Street Journal reporter Aruna Viswanatha in an Aspen Cyber Summit video interview on Wednesday.

“Just this summer, we arrested five or six researchers who were here from China on visas who were affiliated with the People’s Liberation Army, the Chinese military, but who hadn’t disclosed that affiliation, had hidden that affiliation, when they applied for their visas. Those five or six arrests were just the tip of the iceberg, and honestly, the six of the iceberg is one that I don’t know that we or other folks realized how large it was when we began down that road,” Demers said. “But between those five and six arrests, between the dozens of interviews that the bureau did of individuals who were here under similar circumstances, and then ultimately the closure of the Houston consulate to disrupt both foreign influence activity and economic espionage activity, more than 1,000 PLA-affiliated Chinese researchers left the country.”

The DOJ official added: “So our prosecutions were just the beginning of that, but they allowed us to message to the Chinese government that if you’re going to send individuals here, you’ve gotta do so honestly, and you can’t do so hiding their affiliation to the PLA and Chinese military universities … What we’re trying to do in the cases is not just arrest that individual but disrupt a broader course of activity.”

“In one of those cases, the Department alleged that a PLA officer was being tasked by superiors in the PRC to obtain information that would benefit PLA operations. In another case, a PLA medical researcher stands accused of following orders to observe lab operations at a U.S. university, which received funding from the U.S. government, in order to replicate those operations in the PRC,” the Justice Department said last month.

“There is no question that they were part of a Chinese government effort to send these individuals here and to send them here without disclosing their identities. And what we saw in the reaction to the arrests, based on other investigative work that we did, was that the Chinese government was instructing those individuals to hide their affiliations, both up front on their application form, and then later when they were afraid of having those folks get caught,” Demers said Wednesday. “So there’s no question that this wasn’t a series of coincidences or a series of individuals who didn’t understand their forms — they were part of something bigger. Again, we haven’t charged them with espionage, but our goal here is to disrupt that kind of activity, and you can do that in any number of different ways, and this was one of them.”

Evanina said, “Of those thousand or so PLA students, what I’m most concerned about are the graduate level students — and let’s not kid ourselves — they are all coming here at the behest of the Chinese government and intelligence services, and they’re going to specific universities to study specific fields or areas that are gonna benefit the People’s Republic of China and the Communist Party and military.” The intelligence official added, “That’s the strategy” of China’s leaders, and so, “we need to be aware of that so that we can continue to advise and inform heads of academia at the college and university level that this is happening.”

And he insisted the Chinese military researchers were part of a broader Chinese effort.

“They’re being charged with noncompliance with administrative things — but the tail of that is, while they were doing that, there’s a shadow lab somewhere in China that’s building that same technology and selling it on the global market for 30 cents on the dollar,” Evanina said. “So there is a long tail, both economically and geopolitically.”

FBI Director Christopher Wray said in July that the FBI has more than 2,000 active investigations that trace back to the government in China and that these cases represented a 1,300% increase from one decade ago.

Researchers were arrested recently for concealing their ties to China’s Thousand Talents program while receiving U.S. government grants, and the U.S. has arrested and charged a number of scientists, including Harvard’s chemistry department chairman, Charles Lieber. The Justice Department said in November that in the past year, it had also brought fraud, false statements, tax, smuggling, and other charges against 10 academics working at U.S. research facilities.

“China is the existential threat we face as a nation … We are looking at $500 billion a year in lost economic investment, proprietary data, and trade secrets to the Communist Party of China — that’s a lot of money,” Evanina said Wednesday. “And I think we have to figure out — how do we stem that tide?”