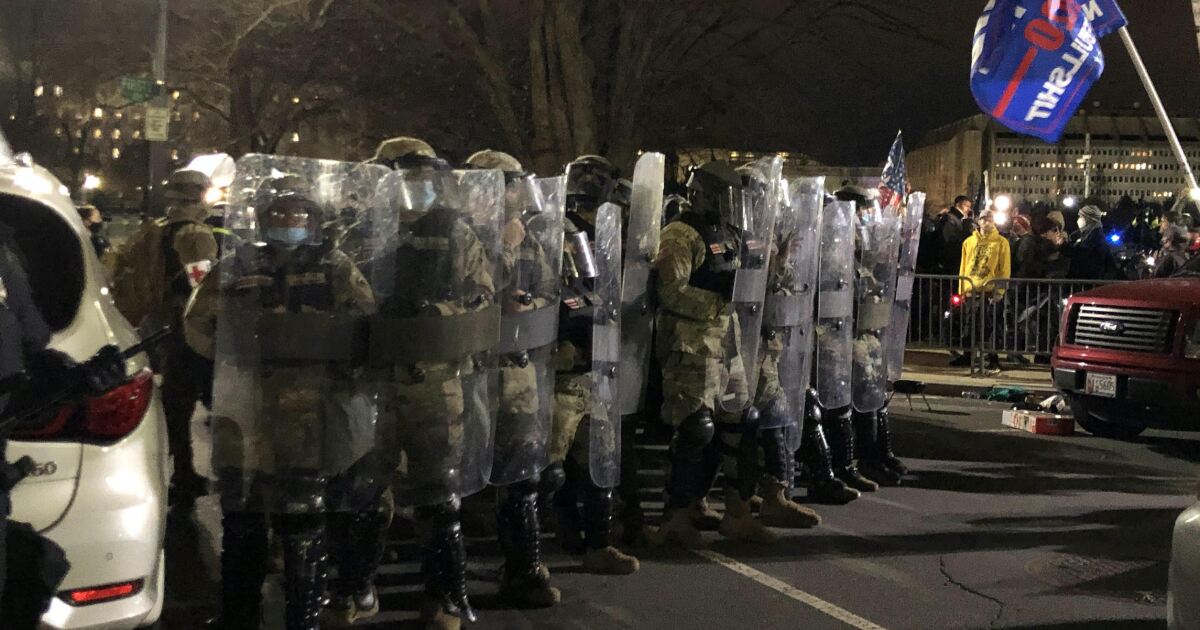 A majority of voters said that President Trump is at least somewhat responsible for the violent Capitol Hill siege, a national poll found.

About half of the voters (52%) said Republican lawmakers were either very or somewhat responsible for the events that transpired and 30% cast some blame on Democratic lawmakers. When asked about how the siege made them feel, 69% said that the events made them sad.

The poll was conducted on Wednesday and Thursday among 1,986 registered voters and has a margin of error of +/- 2 points.

Police in Washington said Thursday that one person was fatally shot and three others died during the incursion and ensuing violence and an additional 68 people were arrested.

There have been calls from Democrats for Trump to be impeached or for his Cabinet to invoke the 25th Amendment and replace him with Vice President Mike Pence by a majority vote. Trump’s former chief of staff John Kelly said on Thursday that he would support removing Trump from office if he were still working at the White House.

There has been very little out of the White House following Wednesday’s events, although White House press secretary Kayleigh McEnany addressed the violence during a brief news conference where she took no questions from reporters.

“What we saw yesterday was a group of violent rioters undermining the legitimate First Amendment rights of the many thousands who came to peacefully have their voices heard in our nation's capital,” McEnany said. “It is unacceptable, and those who broke the law should be prosecuted to the fullest extent of the law.”