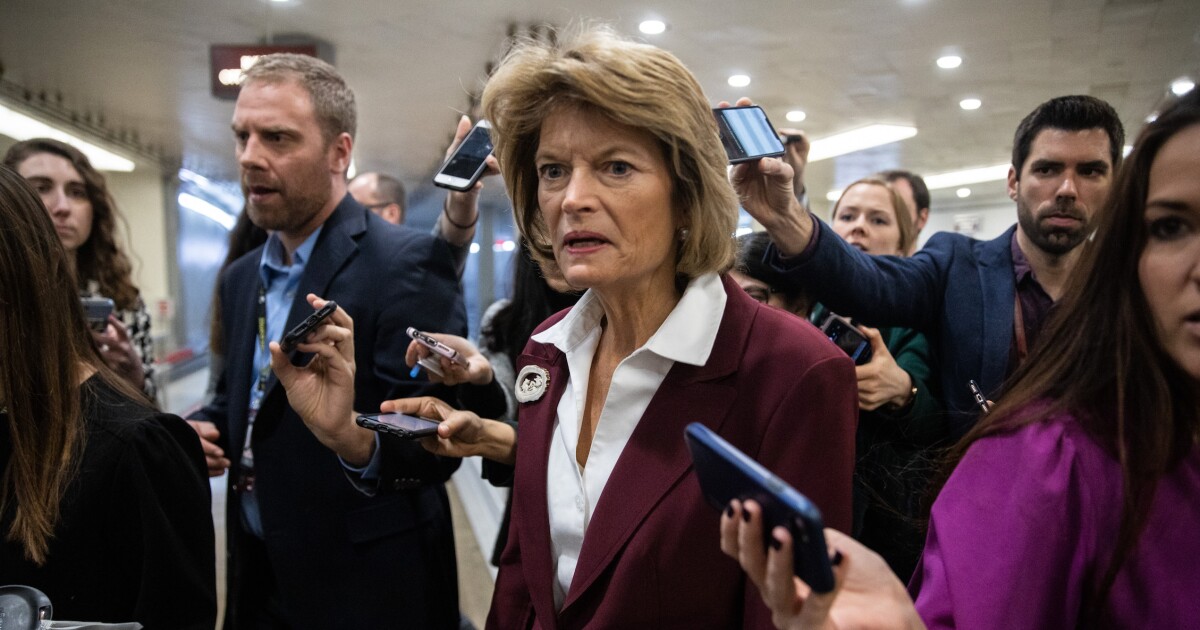 Republican Sen. Lisa Murkowski said she will vote to affirm the results of the presidential election hours after other members of her party said they would contest the Electoral College certification.

The Alaska Republican encouraged her fellow lawmakers in a Saturday afternoon statement to not challenge the certification and said that there is no credible evidence to show that President-elect Joe Biden’s win was not legitimate.

“I will vote to affirm the 2020 presidential election,” Murkowski said. “The courts and state legislatures have all honored their duty to hear legal allegations and have found nothing to warrant overturning the results.”

“I urge my colleagues from both parties to recognize this and to join me in maintaining confidence in the Electoral College and our elections so that we ensure we have the continued trust of the American people,” she added.

Earlier on Saturday, Republican Sen. Ted Cruz of Texas announced that he and a group of GOP senators and senators-elect would be challenging the Electoral College certification on Wednesday and said in a statement that “voter fraud has posed a persistent challenge in our elections, although its breadth and scope are disputed.”

Those who announced their support for Cruz’s initiative are Ron Johnson of Missouri, James Lankford of Oklahoma, Steve Daines of Montana, John Kennedy of Louisiana, Marsha Blackburn of Tennessee, and Mike Braun of Indiana. Sens.-elect Cynthia Lummis of Wyoming, Roger Marshall of Kansas, Bill Hagerty of Tennessee, and Tommy Tuberville of Alabama also signed onto the statement.

The group is going against the wishes of Senate Majority Leader Mitch McConnell, who has acknowledged Biden’s win and encouraged lawmakers not to challenge the results of the presidential election.

The renegade Republican group is calling for an “electoral commission” to carry out a 10-day emergency audit of results in states that are contested by Trump and his allies.

Trump, his legal team, and other Trump-adjacent figures have unsuccessfully filed post-election lawsuits in an attempt to overturn Biden’s victory, where he won the Electoral College 306-232 and beat the president in the popular vote by more than 7 million votes.