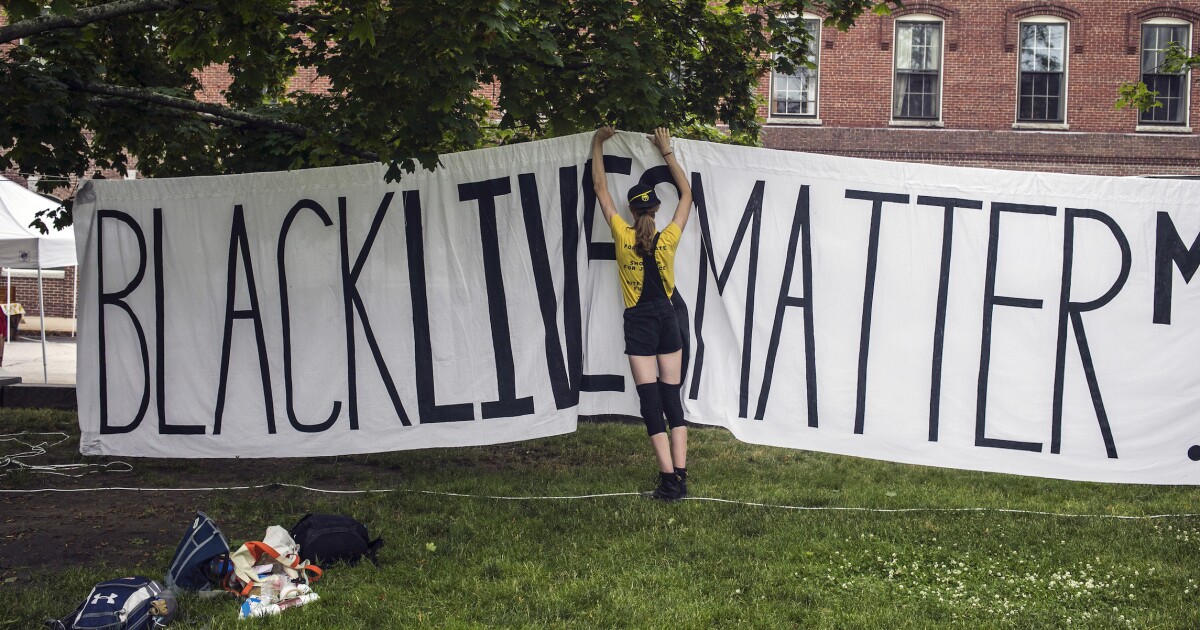 New Hampshire Gov. Chris Sununu is moving ahead with a series of policing reforms aimed at eliminating racial and ethnic bias in law enforcement.

Sununu signed an executive order in October implementing 20 of nearly 50 recommendations made by the state Commission on Law Enforcement Accountability, Community, and Transparency, or LEACT, which released a report calling for police officers to wear body cameras and for an independent commission to review allegations of police misconduct.

The order calls for requiring body cameras for state police and mandates training for police officers on bias, racial profiling and de-escalation tactics. It also calls for improving records on police misconduct and creates a new unit within the state Department of Justice to investigate and prosecute allegations of criminal conduct by government officials.

The panel's recommendations came in response to the killing of George Floyd by Minneapolis police officers, which sparked nationwide protests.

“From establishing a public integrity unit within our Department of Justice to mandating body cameras for our state police and overhauling our training standards and curriculum, these recommendations represent the most transformative changes New Hampshire has ever made to our law enforcement system,” Sununu said at a briefing this month.

Sununu has said he supports all of the commission's recommendations, but has pointed out that some of the reforms, like requiring local police departments to use body cameras, will require legislative action.

Advocates say the policing reforms are desperately needed to eliminate bias among law enforcement officers in New Hampshire, one of the whitest states in the nation.

“We absolutely believe that systemic racism exists here in New Hampshire,” Joseph Lascaze, a member of LEACT and social justice organizer for the American Civil Liberties Union of New Hampshire. “We see situations in our communities every day.”

Lascaze said he is encouraged by the governor's support for the commission's recommendations but said “there is still a lot more work to be done.”

Robin Malone, president of New Hampshire Association of Criminal Defense Lawyers, said it's important to distinguish between racist people and policies when it comes to reforming law enforcement.

“Policing generally is founded on, and perpetuates, a lot of racist policies,” she said. “It’s a system that has a lot of bias built into it and trying to work those out it’s going to take some deliberate effort on the part of everyone involved.”

Malone said there has been pushback from police unions and law enforcement associations opposed to some of the reforms.

“The effort has to start with an acknowledgment if there is an issue with bias in policing,” she said. “I think some people are not yet willing to do that.”

One of the more controversial recommendations of the LEACT report was the release of a list containing names of officers across New Hampshire who have committed wrongdoing.

That issue has been playing out in the courts, where police unions and other opponents of releasing the so-called “Laurie List” argue that it constitutes an invasion of privacy.

Last month, the New Hampshire Supreme Court ruled that the list of about 275 officers who have committed wrongdoing won't be released for now. The state's highest court upheld a lower court ruling that the list is not confidential, but remanded it back so that a judge could consider whether releasing the list would violate anyones' privacy.

Sununu said recently he supported making the list public so long as “steps are taken to ensure that those on the list receive due process.”