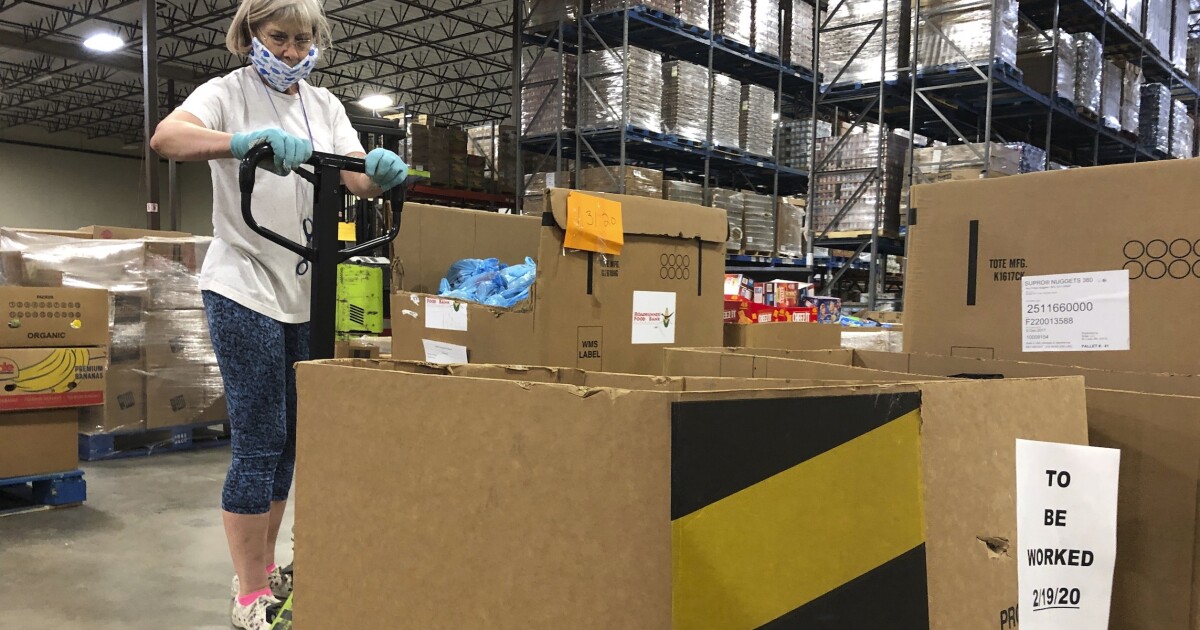 As New Mexico gets deeper into a second major shutdown, the New Mexico Department of Health (NMDH) has began closing grocery stores, making it even harder for people to buy essentials.

Under the direction of Gov. Michelle Lujan Grisham, the NMDH has been ordering all in-person grocery store operations to close if four or more employees test positive for COVID-19 in a 14-day period.

Food insecurity in rural areas is already a big issue, according to Lin, but the pandemic has made it worse.

“When it comes to food deserts in our state, roughly 30% of New Mexicans live in a food desert, and those rates are higher in rural areas where the roads may not be adequate for getting to the store on a rainy day or if the only available grocery store does not have any fresh produce,” Lin said.

Food deserts are a term designated by the United States Department of Agriculture (USDA) when an area combines a high percentage of low-income residents and a dearth of accessible food sources.

“I think that the closing of grocery stores because of COVID outbreaks will continue to make food deserts worse – from my understanding that’s a big piece of it,” Lin said.

In Santa Fe, a disparate number of grocery store closures have happened in the city’s South side, much of which is considered a food desert.

Santa Fe city councilman Roman Abeyta, who represents the South side, acknowledged the risks for both shoppers and workers at grocery stores, but pointed out closures compound food insecurity issues for residents in his area.

“When it comes to Santa Fe, and specifically the south side of town, it could be a tough especially given the lack of transportation for individuals that live on the south side,” Abeyta told The Center Square.

“So it’s one thing to say, ‘Well, just go to another store,’ but it’s not that easy for everybody. Some people on the south side don’t have access to transportation to another store, especially the further away the stores are from where they reside,” Abeyta said.

Grocery stores offer delivery services, but this increases the price.

One way the city is trying to help is by offering instacart credits through organizations like Earth Care, a nonprofit headquartered in the south side, Abeyta explained.

In response to distress caused by closures, the state’s Health and Environment departments recently introduced a new program that would allow stores to remain open despite four positive tests. Those participating would have to agree to regular coronavirus testing and facilitate contact tracing.