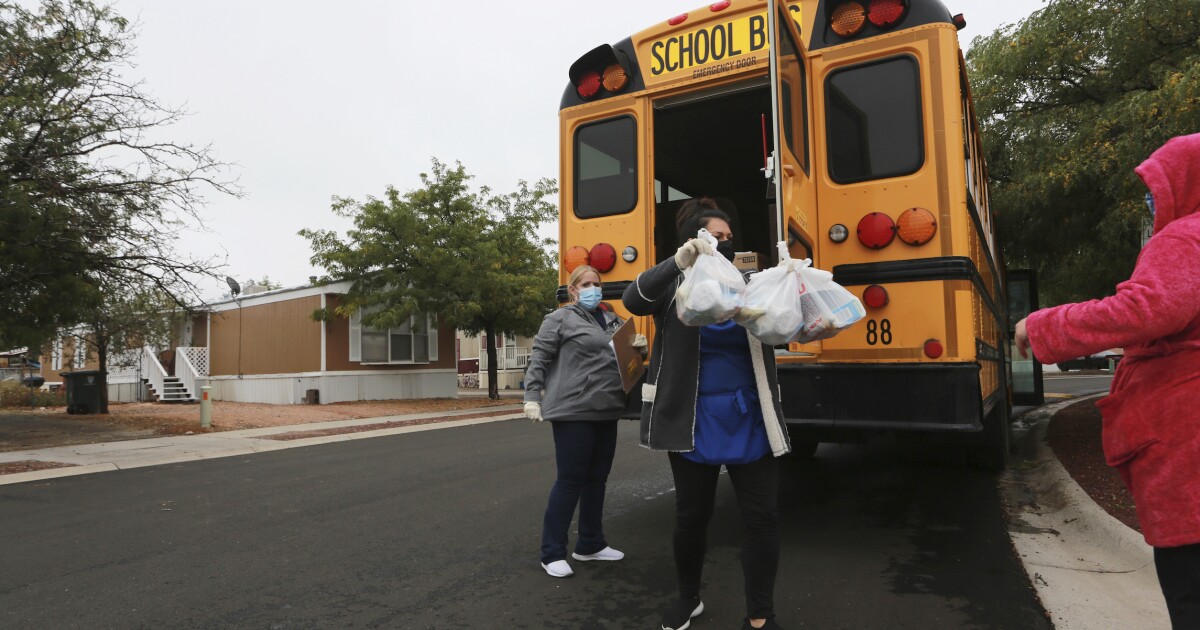 A dozen grocery stores around the state have been forced to close for two weeks because of a public health order issued by Gov. Michelle Lujan Grisham at a time when the state’s residents are suffering from record high unemployment and food insecurity, critics say.

The order requires businesses with four or more rapid responses of COVID-19 cases reported within in a 14-day period to close for two weeks.

More than 25 essential businesses were shut down as of Monday afternoon, including a number of grocery stores and major retailers.

The state’s environment department has published a complete list of businesses that have been closed due to employees testing positive for COVID-19, as well as a watch list, and FAQ about the watch list.

Access to purchase food is now limited because of another order issued by the governor requiring capacity limitations at all stores. New Mexicans are now waiting outside, standing in line for up to two hours, local news reports indicate, which the governor’s office has disputed.

The governor’s office said, “The state is not forcing anyone to stand in a crowded line, as you suggest,” in response to requests for comment from KOB4 News TV.

But John Block at PInon Post says the governor’s office claims are “untrue and easily disprovable.” He posted photos of New Mexicans waiting in long lines outside of grocery stores with dates and time stamps. The photos were taken between Nov. 13 and Nov. 23.

“Upon the news that limits of 75 people inside each store, retailers pre-emptively began limiting capacities to begin compliance with the mandate,” Block said.

The governor’s office issued a statement to KOB4 News TV, saying, “There is no community in the state of New Mexico where COVID-19 closures have closed off all food and water or medicine options for any community or group of people. Every single community where the virus is forcing closures has alternate stores, alternate resources. Moreover, stores are only ordered closed for the protection of public safety when the store's staff members have an abundance of COVID-19 infections among them – surely you and everyone in New Mexico can agree that not one of us would like to be shopping among staff that are contagious.”

But Larry Behrens, Western States Director for Power The Future, disagrees. He told The Center Square, “Our state currently suffers from high unemployment brought on by the same governor who passed a controversial energy law that will kill jobs and raise electric rates. The fact she will keep cashing her taxpayer-funded paycheck while her constituents stand in line for food should surprise no one.”

In 2019, 315,990 New Mexicans, including 114,180 children, did not have adequate access to nutritious food, Feeding America reported, a problem that existed well before record unemployment plagued the state. The organization estimates the number to grow to 434,570, including 162,960 children, or 21 percent, by the end of 2020.

State officials also encourage anyone without access to a local grocery store to call the COVID-19 hotline at 1-833-551-0518.