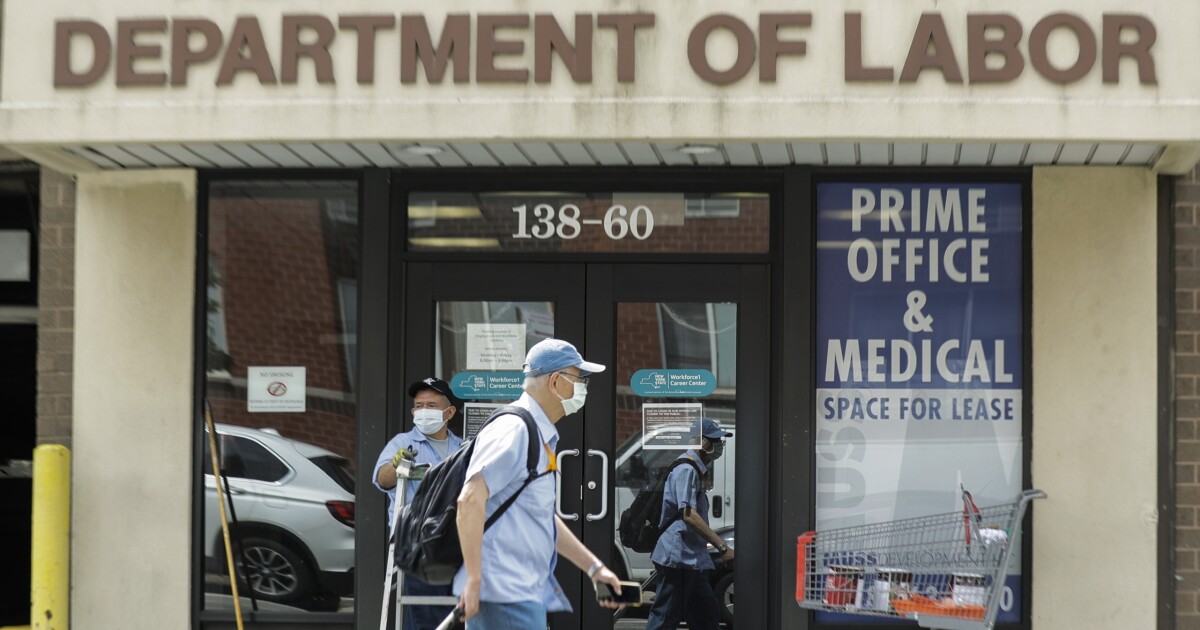 The number of unemployment claims in New York has declined since the deluge following the onset of the COVID-19 pandemic, but the figures are still up drastically over last year and continue to weigh on the state’s economy.

The COVID-19 pandemic has resulted in double and triple digit increases in initial claims filing throughout the state, according to state Department of Labor data released Nov. 6.

Jobless claims compared to last year for the week ending Oct. 31 were up 364% in New York City and 204% in the Hudson Valley. At the lowest end of the spectrum was North County with a 57% increase.

The most recent data available showed that September’s average unemployment rate in metro areas was 9.7% compared to 3.6% the previous year. In New York City alone, the unemployment rate was 13.9%, up more than 10 percentage points from the 3.5% last year.

The labor department is working to respond, stated Deanna Cohen, deputy director of communications, told The Center Square by email.

“Throughout this crisis, New York has worked faster and more aggressively than any other state to support unemployed workers, including paying $53 billion in benefits to 3.7 million New Yorkers. [That's] more than 25 times a typical years’ worth, being among the first states to pay the $600 supplemental benefit in April, and creating a seamless application for Pandemic Unemployment Assistance weeks ahead of other states,” Cohen said.

Exact figures on the number of outstanding claims was not available although all claims three weeks or older have been processed, except in cases when details require further verification, Cohen said.

“Claims that are outstanding are likely in that situation because additional information or documentation is needed to process an application, a specialist must adjudicate a complex legal issue, or an appeal is pending, and the DOL is required by law to follow this process,” Cohen said.

“Appeals are overseen by an independent board that the DOL does not control, and despite an unprecedented number of claims this year, 75% of appeals that have gone to the UIAB [Unemployment Insurance Appeals Board] have been handled and, compared to last year, the average age of a pending appeal increased by only one week,” said Cohen.

Cohen said the department has updated its phone and communication systems as well as the bank certification process to meet the growing demand.