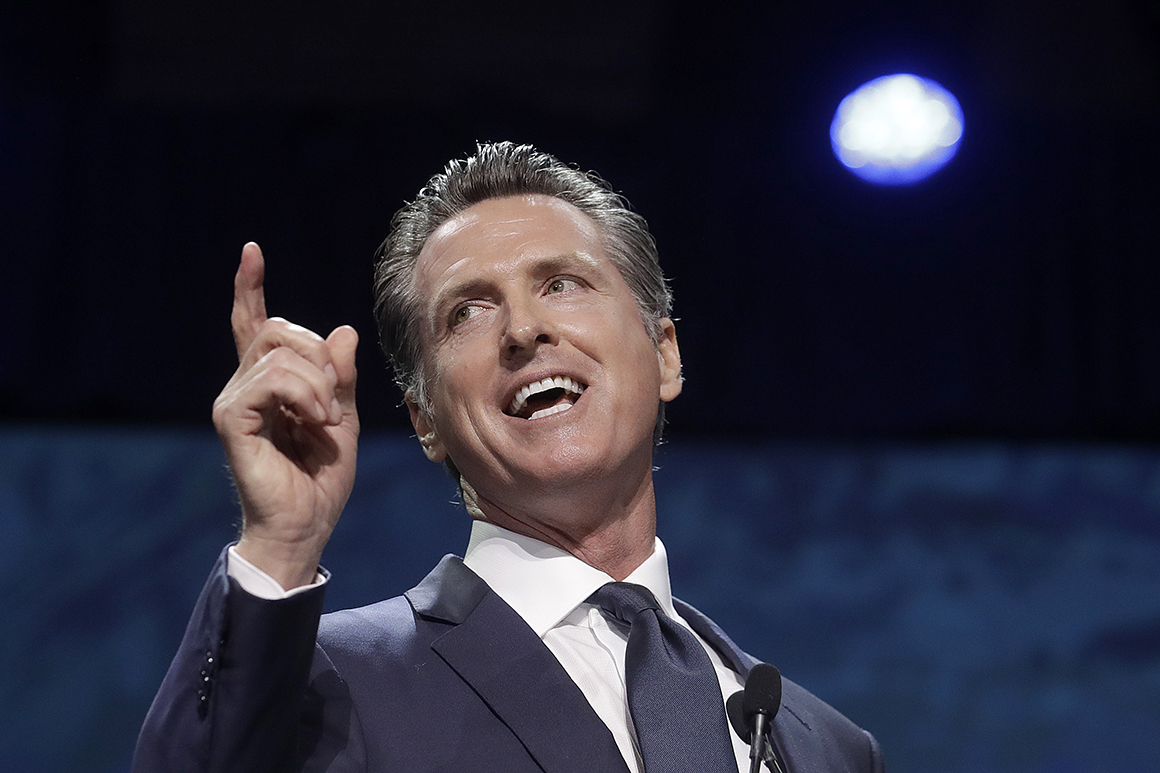 While the meal amplified criticism of Newsom’s coronavirus management, with the governor parrying accusations of hypocrisy, it also cast a brighter spotlight on Kinney and the dual clout he wields in the insular world of California politics.

The longtime California Democratic politics fixer has had a hand in both winning campaigns and influencing policy. He was chief speechwriter for Gov. Gray Davis, served for years as a senior strategist for Senate Democrats and has long counseled Newsom politically. He continues to advise Newsom on politics even as his lucrative, newly launched lobbying firm works on bills that could land on Newsom’s desk.

Kinney is not the first California political operative to blur the line between politics and policy. The doors between campaigns, administrations and Sacramento’s lobbying corps have long swung open for people with contacts and experience to leverage.

“He's got some deep roots in government. Like any successful lobbyist, he uses those to his advantage because he's smart,” said Steve Maviglio, a Democratic operative who has also worked both for the California government and for the interest groups that seek to sway it. “Any special interest hires the best talent they can get and that was the decision they made with Jason.”

The governor and Kinney have a relationship extending back decades. In apologizing for attending, Newsom referred to Kinney on Monday as “a friend that I have known for almost 20 years.”

But the fact that Kinney, a registered lobbyist, got an intimate audience with Newsom immediately raised questions about conflicts of interest. Newsom said he paid for his meal, so it did not qualify as a lobbying payment.

“Newsom's got to bend over backwards and not give him any favors,” said Bob Stern, the architect of California’s campaign finance laws. “People are going to be watching what Newsom does in terms of Kinney clients now.”

While Kinney worked on Newsom’s transition team and has continued to counsel the governor, he has also launched a lobbying shop, Axiom Advisors, whose client list included major California players that spend heavily to influence state policy. Axiom reaped $10.9 million worth of lobbying work in 2019-20, the first legislative session during which Newsom was governor.

Not all Axiom clients are major corporations; some are just desperate to get through to the governor for survival. Theme parks have been trying to get the governor's ear this year to reopen attractions during coronavirus. Three smaller amusement park operators — Santa Cruz Beach Boardwalk, San Diego Coaster Co., and Santa Monica Amusements — hired Axiom on Oct. 1, right as Newsom officials were discussing reopening rules. The state ultimately issued guidelines last month that allowed the Boardwalk and other smaller parks to operate, though the recent coronavirus surge has forced the closure of rides again.

The single most remunerative client for Axiom in the last two years has been Marathon Petroleum, giving Kinney’s firm $525,000 worth of business. Marathon is a member of a powerful oil industry organization that battled proposals to ban hydraulic fracturing; Newsom called on the Legislature earlier this year to send him a fracking ban.

“The thing that is so powerful about this luxury dinner story is that Newsom also risked the lives of Californians by violating his own Covid recommendations to party with the same oil lobbyist,” said Kassie Siegel, director of the Center for Biological Diversity's Climate Law Center, which is planning a lawsuit over the state's issuance of oil and gas well permits. “There's just so many ways that ordinary people are suffering such incredible pain,” she added, “and it just shows his hypocrisy to be partying with an oil lobbyist in the middle of this. It's just inexcusable.”