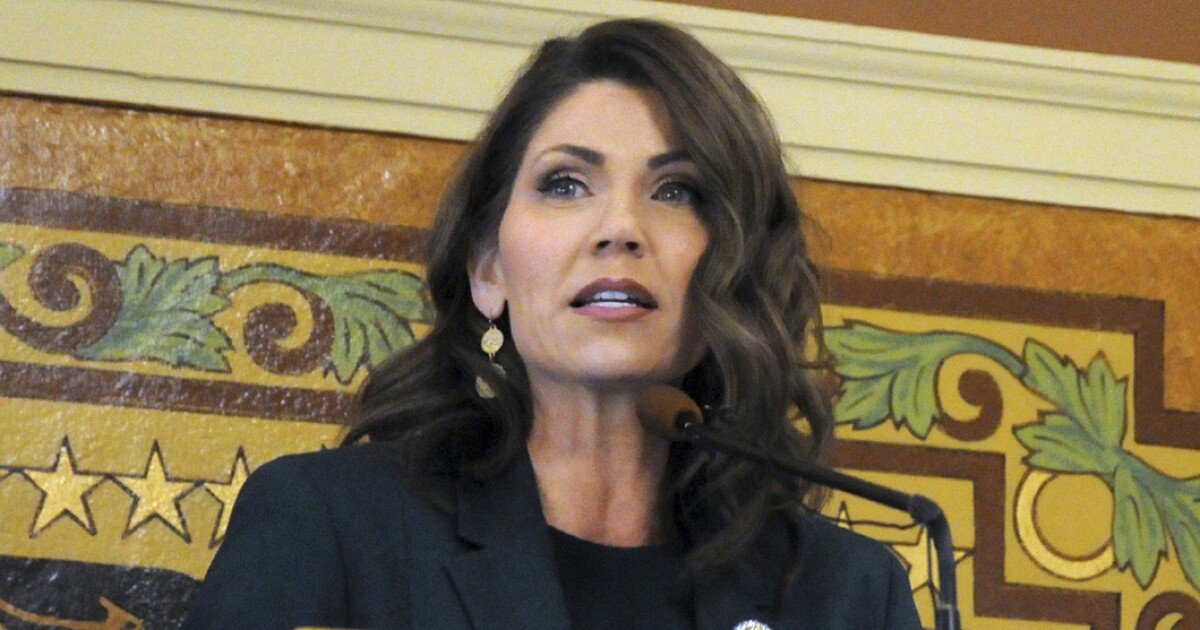 ALEC made its announcement at their States and Nation Policy Summit 2021 where Noem was a guest speaker.

The governor thanked the organization but said the award really goes “to the people of South Dakota.”

“I trusted them to exercise their freedom and personal responsibility, and they've lived up to that trust,” Noem said in a Twitter post.

Noem has not implemented strict lockdown restrictions during the COVID-19 pandemic as other states have. She said in a September 2021 statement that her open policies led the state’s economy to rebound quicker than other states. As other states did, South Dakota received “historic revenues” and an influx of money from the American Rescue Plan Act and other federal COVID-19 stimulus spending.

The governor will make recommendations on how to manage the funds when she gives her budget address to state lawmakers Tuesday, according to a news release.

“South Dakota has the strongest economy in America right now, but that success does not stem from government,” Noem said in the release. “It stems from our people and from the freedom that they enjoy. This year, as with years past, we will continue to focus on our people and their future.”

Noem cited a recent report from the CATO Institute, a Washington, D.C.-based libertarian think tank, that ranked South Dakota as the fifth freest state in the U.S.

“South Dakota’s fiscal policy is excellent,” CATO said in its report. “The state has one of the lowest tax burdens in the country, although it has risen slightly at both state and local levels since a decade ago. State taxation is extremely low at 3.6 percent, with local taxation at 4.2 percent.”

The governor is delivering her address from the House of Representatives at 1 p.m. CT Tuesday.