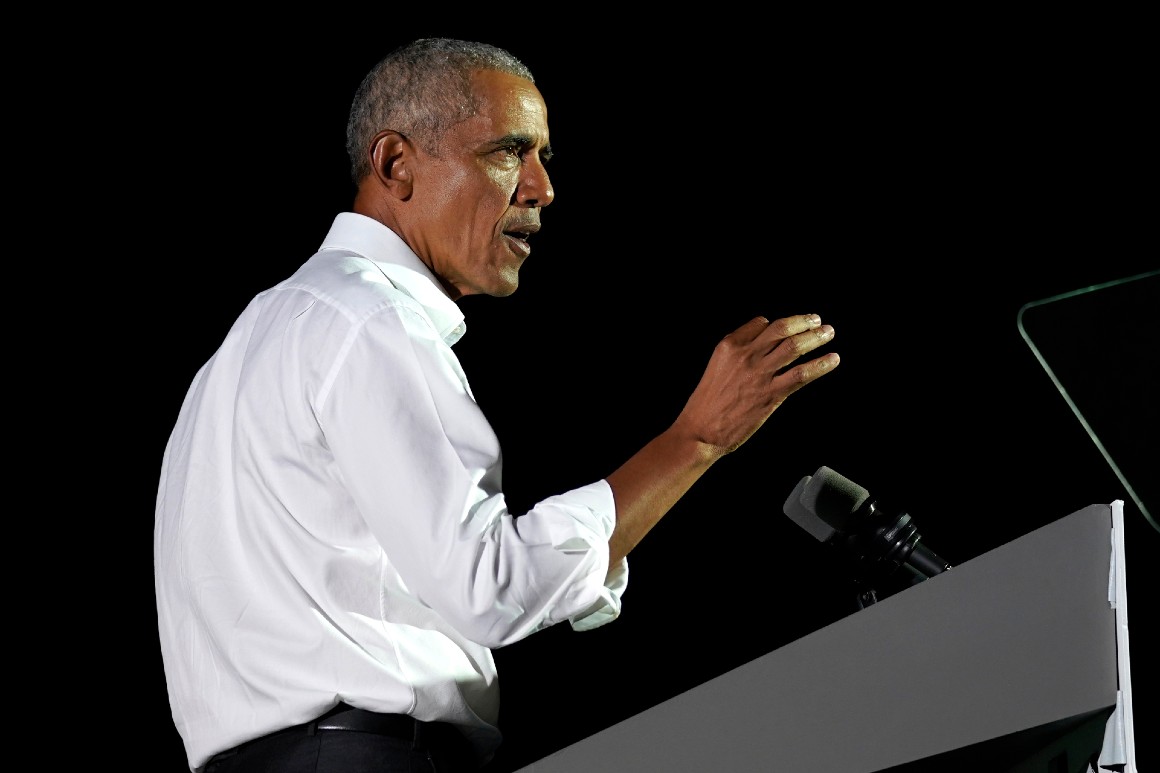 The former president is the latest prominent Democratic leader to express disapproval of the politically divisive phrase, which gained greater recognition over the summer amid nationwide protests against racial injustice and police brutality. Supporters of defunding the police have called for taxpayer dollars to be redirected away from law enforcement and toward mental health services and other social safety net resources.

President Donald Trump and down-ballot Republicans seized on calls to defund the police ahead of the 2020 election in an effort to paint Democrats as anti-law enforcement and insufficiently tough on looters and rioters.

And following disappointing finishes last month by Democratic House and Senate candidates in competitive races across the country, many members of the party blamed the GOP messaging for their losses, contending that Democrats did not do enough to distance themselves from “defund the police” rhetoric.

Meanwhile, Black Lives Matter activists who support systemic changes to law enforcement have pushed back against Democratic accusations that “defund the police” cost the party at the polls.

Democratic congressional leaders including Speaker Nancy Pelosi (D-Calif.) and House Majority Whip Jim Clyburn (D-S.C.) have rejected the phrase, as has President-elect Joe Biden — who pointedly said he does not support defunding police and campaigned on a criminal justice plan calling for an additional $300 million in funding to police departments.