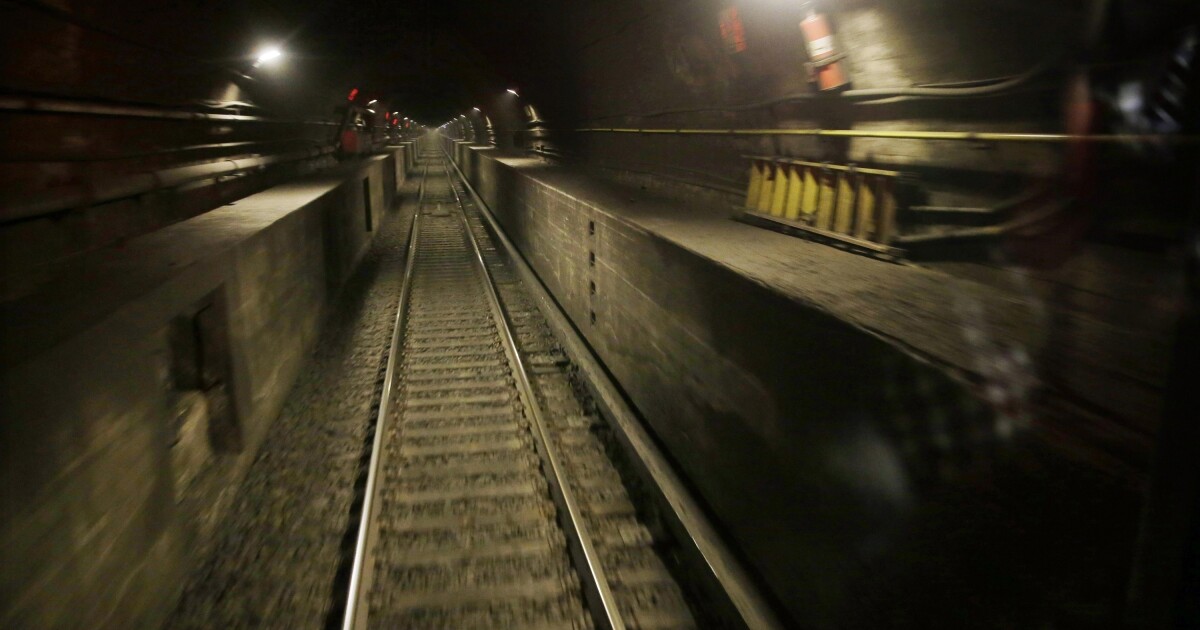 Repairing an existing rail tunnel beneath the Hudson River while constructing another tunnel could hasten a long-standing project to increase capacity between New Jersey and New York City. But it requires “pre-construction activities” to be “undertaken immediately and expedited to completion,” a new report suggests.

However, some local officials question the approach outlined by London Bridge Associates (LBA), and NJ Transit President & CEO Kevin Corbett said the recommendations “are highly speculative and require a much more detailed evaluation before declaring them practicable.”

The multibillion-dollar Gateway Program, a plan focused on a 10-mile stretch of the Northeast Corridor, calls for constructing a new, two-track tunnel from New Jersey to Manhattan, followed by rehabilitation of the existing tunnel, known as the North River Tunnel.

“We will work together with our partners to speed up delivery of reliable service to customers in the existing tunnel by inviting innovation and applying world’s best practice to the rehabilitation plan, because that’s the right thing to do for customers and economic growth,” Cohen added. “But make no mistake, we need both the new tunnel and a fully working, reliable existing tunnel to have the capacity and reliability our region and nation can depend on for the future.”

The Pennsylvania Railroad opened the tunnel, which includes two tubes, 110 years ago. Both Amtrak and NJ Transit use the tunnel, which was damaged during Superstorm Sandy and is a chokepoint for trains using New York City’s Penn Station.

LBA suggested the GPDC conduct a study regarding rehabilitation work during “in service” night and weekend maintenance windows. LBA prioritized the “root causes of unreliability,” including track conditions and overhead power and signal problems and recommended expediting efforts to remedy those issues.

“I find it utterly fantastical that the report suggests we can tear up old track in the middle of the night, change the grade of the track bed, lay new track, connect that back into the old track, clean up the mess and be ready for 200,000 rush hour commuters the next morning,” Jerry Zaro, GPDC trustee for New Jersey, said in a news release.

“While LBA’s analysis confirms all elements of the rehabilitation scope included in the Hudson Tunnel Project are required, it makes extraordinary assumptions about the feasibility, costs and inherent risks of performing the rehab work entirely on night and weekend outages,” Tony Coscia, Amtrak chairman and GPDC trustee vice chair, said in a news release.

“The long list of repairs and improvements needed in our century-old tunnel includes certain tasks that will require a full closure of the tubes for some period of time,” Coscia added. “The sooner we build a new tunnel and can move rail traffic out of the 110-year-old tubes, the sooner we can comprehensively rebuild them and deliver the modern, reliable, four-track system the region and the nation need to remain competitive in the 21st century.”