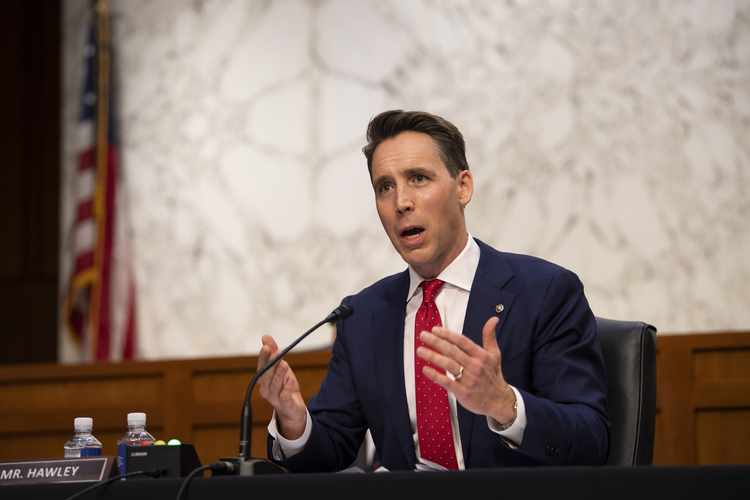 History beckons to all, but only a few dare follow. Such a person is Sen. Josh Hawley of Missouri, who has braved the derision of the news media and announced that he will not rubber-stamp the putative election victory of Joe Biden.

On Wednesday, Hawley will rise during a joint session of Congress and object to the certification of electors from states where fraud is suspected. In that task, he will join perhaps dozens of House members who say they have studied the evidence and cannot in good conscience declare Biden the victor in several states where fraud has been alleged.

Whether any of Hawley’s Senate colleagues will join him is unknown. Soon-to-be-sworn-in Sen. Tommy Tuberville of Alabama has hinted that he plans to object to the certification, but he has not committed to doing so.

It doesn’t matter. Only one senator and one member of the House need to object to the electors of any state in order to force a hearing. As long as Senate Majority Leader Mitch McConnell can’t cow Hawley into silence, the process will play out, and history will judge who stood and delivered and who ducked and cowered.

Mind you, there is no reason to expect that the Jan. 6 session of Congress will result in certification of President Trump as the victor of the 2020 election. Despite the extensive evidence of fraud that has been amassed, this vote will be an exercise in raw political power, not an expression of blind justice. Probably the best that Trump supporters can hope for is a fair hearing before the American people regarding the reason why doubts exist as to the legitimacy of Biden’s apparent victory. When it is over, Biden will be holding the reins of government, but he may not have the consent of the governed.

Rep. Mo Brooks of Alabama has been leading the charge among the GOP members of the House to deny that consent, and if he and Hawley file a written objection to the electors of any state, then the two houses will separate and engage in two hours of debate on the objection and then vote on whether to accept or reject the challenged electors. This may play out repeatedly for the states of Pennsylvania, Georgia, Arizona, Wisconsin, Michigan and Nevada, all of which have had their electoral integrity questioned.

Since both houses would have to vote to reject the challenged electors, it is a certainty that Biden’s majority will remain intact throughout the process. The Democrat-controlled House would not back Trump regardless of what new facts are uncovered. Nor is there any reason to expect that the GOP-controlled Senate would vote for Trump as long as Mitt Romney is the 50th vote. It is even rumored that McConnell is plotting with House Speaker Nancy Pelosi on how to sabotage the pro-Trump forces.

That’s because, let’s face it, Mitch and Nancy have more in common with each other than either does with Donald Trump. They are institutionalists and he is a constitutionalist. They believe that their power comes from their positions; he believes that his power comes from the people. What is being decided on Jan. 6 is whether the people and the Constitution still matter, or whether the only thing left of any consequence is the lumbering ravenous beast that ate Washington.

Josh Hawley gets it. When he announced that he is willing to fight the behemoth, he knew that his political future was at stake. Either he would be remembered as a man of principle who fought for justice against great odds or be vilified as a man who brought disrepute to himself, his party and democracy itself.

Certainly, among Trump supporters Hawley is seen as a patriot and a hero. We have waited for some Republican senator to stand up and “fight for Trump,” as the rally chant demands. But just as during the American Revolution of 1776, the country is deeply divided, and one man’s patriot is another man’s traitor.

Walmart’s Twitter account tagged Hawley a “sore loser” in a tweet supposedly posted by accident. The Washington Post ran an op-ed by George W. Bush speechwriter Michael Gerson calling Hawley’s ambition a “threat to the republic.” Obama CIA Director John Brennan had the audacity to name Hawley the “most craven, unprincipled and corrupt senator.” Take away the word “senator” and you have a description many have applied to Brennan himself for his role trying to destroy the Trump administration before it began. Nebraska Sen. Ben Sasse, who is vying for the chance to be humiliated in the 2024 GOP presidential primary as the next Jeb Bush, said Hawley and Brooks were pointing “a loaded gun at the heart of legitimate self-government.”

The smugly self-satisfied Sasse has arrogated to himself the authority to determine what is legitimate self-government, but he has no more right to speak for his countrymen than Joseph Galloway and other Tories did in 1776. We may or may not be at the point of a second American revolution, but I believe we certainly are at the kind of crossroads described by Thomas Paine in “The American Crisis” when he wrote about standing against tyranny or surrendering to it:

“These are the times that try men's souls. The summer soldier and the sunshine patriot will, in this crisis, shrink from the service of their country; but he that stands it now, deserves the love and thanks of man and woman. Tyranny, like hell, is not easily conquered; yet we have this consolation with us, that the harder the conflict, the more glorious the triumph. What we obtain too cheap, we esteem too lightly: it is dearness only that gives every thing its value.”

It’s not up to Ben Sasse or Mitch McConnell or Vice President Mike Pence or even President Trump to dictate the outcome of the election. They all can make their own decision, but it is up to each member of Congress and each citizen to study the facts and consult their own conscience when deciding whether or not to sanction the Nov. 3 results.

Sen. Hawley is doing his job. The question now is whether the other members of Congress will do theirs, or will they just do as they are told?