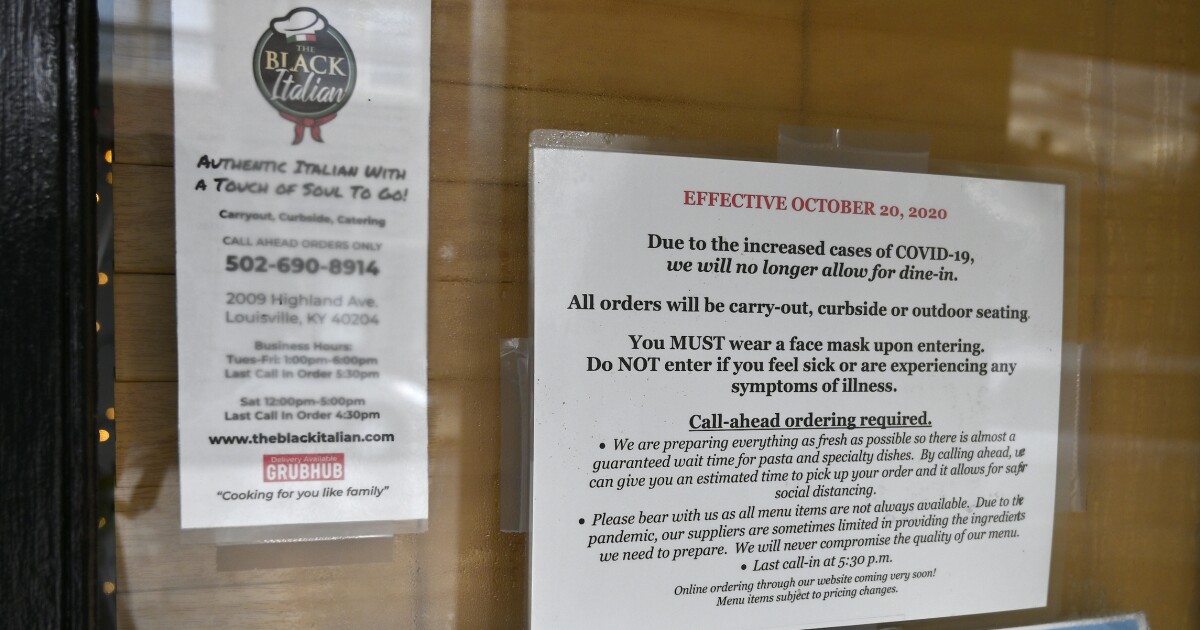 Puerto Rico, a U.S. territory where 50% of businesses closed, ranked the highest, while Michigan’s 32% of business closings topped the states.

Nationally, government-enforced lockdowns closed 19% of businesses, as reported by the U.S. Bureau of Labor Statistics based on private-sector data compiled between July 20 and Sept. 30. The BLS notes Michigan was followed closely by Pennsylvania (30%); Washington (27%); Vermont, Hawaii and New York (26%).

Like most other states, Kentucky Gov. Andy Beshear shut down the state in the spring, but he has not issued another shutdown order.

He has limited private social gatherings to a maximum of two households. Restaurants and bars are limited to 50% capacity and service must end at 11 p.m. Also, gyms, fitness centers and pools are also at 50% capacity.

Republicans ‘Same’ as Dixiecrats — They Oppose ‘Everything Dr. King Fought...