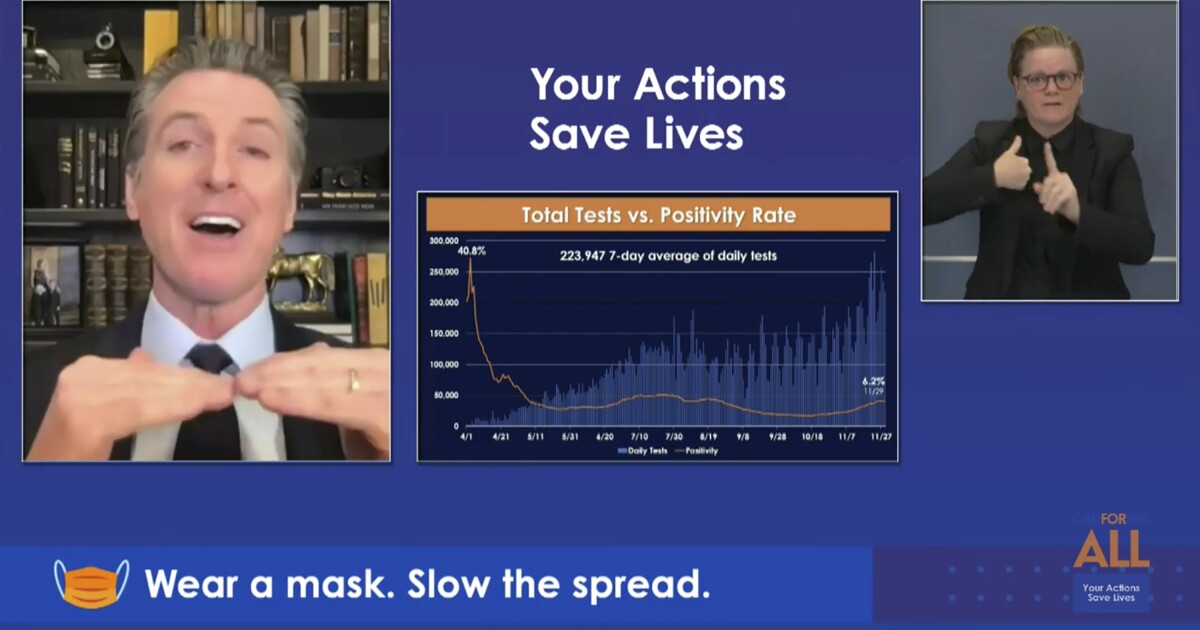 The pandemic has brought many failures of leadership to light this year. A feature of these past several months has been the tendency of elected officials to say one thing in public and do another in private.

People have been told they must limit their time with those outside their household, maintain social distancing, cancel events, and forgo seeing their elderly family members. Unfortunately, the “rules for thee but not for me” approach is all too common in politics. And when a Democrat is at fault here, the media censure is on the light to nonexistent side.

A recent USA Today “fact check” details some of the offenders on the Democratic side of the aisle. They include California Gov. Gavin Newsom, Chicago Mayor Lori Lightfoot, House Speaker Nancy Pelosi, New York Gov. Andrew Cuomo, and Washington, D.C., Mayor Muriel Bowser, to name a few. But the article stops short of saying they were wrong based on their actions alone.

In its conclusion, the article ends with the observation that actions at the White House have been less than stellar. Somehow, that means Democratic politicians should not be fully responsible for their own behavior because of President Trump.

This whataboutism is especially egregious as it comes from those who claim to care more about public health than the current president does. Both the initial behavior and rationalization of it is unacceptable.

Both parties are complicit in this kind of excuse-making for their own, though it is no secret that the media is largely dominated by those who are on the Left. Because of that, politicians whose actions would get a scathing review otherwise are met with a modicum of grace and understanding, all because of ideological allegiance. It doesn't matter that the same behavior from Republicans would be subject to much harsher treatment. Fixed principles don't matter as long as the opponent is made to look worse or seen as the architect of the problem in the first place.

Instead of holding their side to a higher standard, media organs like USA Today turn to opponents and point out their failings. They largely refuse to address the issues on their “side” in a noticeable and unapologetic way. There always must be an arrow pointing back to the political adversary. This is the very definition of hypocrisy.

Consistency among politicians and the news media would go a long way to encourage average people to stay the course during a disastrous year. It would not end the pandemic, but it would help to diminish the feeling that the country is subject to a special set of stringent guidelines that don't apply to our elected overlords. Asking people to be obedient while shirking the rules only fosters more disdain at a time when all must truly work together to journey through this mess. The news media play a huge role in creating this toxicity as they choose which pandemic sins are acceptable and which are not.

A global health crisis should be a nonpartisan issue. Instead, it has become explosive and partisan. Party lines have been drawn around masks, lockdowns, and vaccinations. Rather than focusing on protecting the vulnerable and doing so with a measure of common sense, reactions have too often been extreme. There is a middle ground between going overboard in either direction. Officials could do a much better job of exemplifying it. Instead, it's utter hypocrisy from some of the pandemic's biggest scolds.

If some sort of behavior that puts others at risk is wrong, then it need not be funneled through political loyalties first before being called out. Sadly, this procedure is used when it comes to every issue. To be sure, all sides are at fault. But that's not the story Democratic politicians or their media allies are telling.

Kimberly Ross (@SouthernKeeks) is a contributor to the Washington Examiner's Beltway Confidential blog and a columnist at Arc Digital.