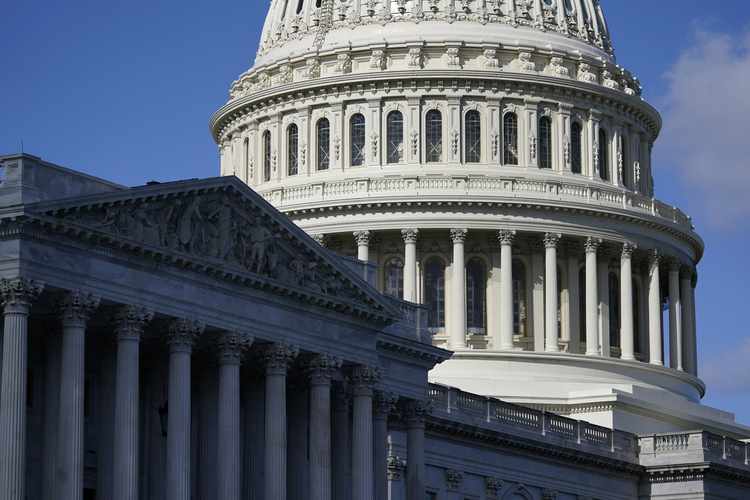 The second of two parts examining what a non-aggressive redistricting for Republicans and Democrats would look like after the coming reapportionment. Part 1 assessed Alabama through Missouri.

By the end of Part 1, Democrats had lost six seats, while Republicans had gained five. (The seeming inequity is because a seat lost through reapportionment does not automatically result in a gain for the other party; the numbers do not have to even out until the end.)

Of course, I don’t expect that the actual outcome of redistricting will look exactly like this outline. Illinois Democrats could be more aggressive and eliminate multiple Republican seats, while Republicans in Texas could be significantly more aggressive than I describe below. The 5-2 Democratic majority on the Supreme Court of Minnesota could endorse a map that is carefully drawn to shore up the two Democratic seats in the Minneapolis/St. Paul suburbs while eliminating one of the rural Republican seats. Redistricting possibilities are often endless. Again, this assessment aims to get a baseline for what reapportionment and non-aggressive redistricting might do, before considering aggressive gerrymanders, the national environment, or the tendency toward midterm losses in 2022.

As a reminder, running tallies are provided at the end of every state. If the numbers don’t change from state-to-state that simply means the baseline composition of the state’s districts are unlikely to change in the next election cycle.

Montana gains a seat in redistricting. Republicans control the trifecta of governorship and both houses of the legislature, but the state’s geography is such that the Democratic vote is concentrated in the mountainous western portion of the state, with its roots in mining communities. Republicans will likely be in contention in whatever new district they draw, but in assuming modest map drawing, we will say it is Democratic.  -5D, +5R

Nebraska: The legislature will probably attempt to shore up Republican voting strength in the 2nd District, although there isn’t too much they can do here. Regardless, it can’t improve upon a 3-0 Republican delegation.  -5D +5R

Nevada: Democrats hold the trifecta, but eliminating the one remaining R seat is tricky. NV3 and 4 will likely be shored up, perhaps turning the second into more of a Republican vote sink. -5D +5R.

New Hampshire: Republicans control the trifecta and may try to weaken Chris Pappas in the 1st District. But the basic shapes of the state’s congressional districts date back to the 1800s and have survived previous Republican trifectas, and the Democratic vote is efficiently spread enough that it is difficult to gerrymander too much. For now, assume no change.  -5D, +5R

New Jersey: This map will be decided by a commission, which traditionally accepts either a Republican-drawn version or a Democratic-drawn one (though in playing for the commission’s votes, the parties probably draw more modest maps than they would with a trifecta). Things can’t really get worse for the GOP here, and the map might create a more favorable outcome for R’s either by drawing more Republican-friendly districts or by changing things up enough that Democrats are effectively running in new districts. Regardless, for now assume no change. -5D, +5R

New Mexico: Democrats control the trifecta, but risk spreading themselves thin if they try to weaken the Republican-held 2nd District too much. They may try, but as with New Hampshire, assume no change for now. -5D, +5R.

New York is tough to game out. It loses a seat and the map will be drawn by a commission.  Because of the state’s geography, the NYC districts will have to expand to take on more residents, creating a chain reaction on Long Island and upstate, as Democratic-leaning suburban districts get pushed further into exurban and rural upstate New York.

If the commission feels it has to maintain an African American majority district in Queens by connecting the current 5th District with non-white populations around Hempstead, Kathleen Rice’s district would probably be de facto eliminated; if not, Sean Maloney’s and Antonio Delgado’s upstate districts would be reconfigured.

At the same time, some of the Democratic “island” districts in upstate New York will have to expand. How that is accomplished could threaten longstanding Democratic holds on districts surrounding Rochester and Albany. This analysis is even further complicated by the question of how much Republican support in upstate New York is Trump support versus traditional Republican support (and how much daylight exists between the two these days).

On top of all this, the state may lose two districts, in which case one of the Democratic-held districts in New York City will probably get the proverbial axe. For now, out of an abundance of caution, assume an upstate Republican gets eliminated.  -5D, +4R.

The state Supreme Court would probably not allow an 11-3 map in the state, but may be inclined to accept a 9-5 map (achieved by making a new seat Republican-leaning), which would probably not look like an extreme outlier under various partisan fairness metrics. Assume it will accept this map, for -5D, +5R

Ohio: The Buckeye State had 24 congressional districts in the 1960s.  After this reapportionment, it will likely be reduced to just 15. While it wouldn’t be impossible to eliminate another Democratic seat – in fact, Republicans could probably eliminate two Democratic districts given the realignment of working-class voters and the need for Toledo- and Youngstown-based districts to expand into rural areas – we are assuming very modest redistricting. So, we will eliminate a Republican seat. It is worth noting that if Democrats do not accept this map, under the terms of a recent constitutional amendment the map would only survive for four years.  -5D, +4R

Oklahoma: Republicans will likely alter the 5th District to ensure that there is not another upset win by Democrats. This remains a 5-0 Republican map.

Oregon gains a seat. Democrats hold the trifecta, but a number of their seats are shaky as it stands; the 4th and 5th districts have even Cook PVIs. Squeezing another Democratic seat out of the state is possible, but dangerous. Assume instead that the state adds a Republican-leaning seat.  -5D, +5R.

Pennsylvania loses a seat. Gov. Tom Wolf will veto an aggressive GOP gerrymander, which will leave the outcome up to the state Supreme Court. Under the terms of its 2018 ruling breaking up the previous GOP map, which minimizes the number of times that localities can be split, it is difficult to maintain the six Democratic districts in the southeastern portion of the state.

On top of this, Mike Doyle’s district in Allegheny County will have to take on new constituents, which will push Conor Lamb’s district further out into Republican-leaning territory. Matt Cartwright’s district will likely have to take on more Republican-leaning areas, especially if the Allentown-based 7th keeps its Democratic lean. Both Lamb and Cartwright won narrowly in 2020, so assume that one way or another a Democratic seat is lost (either by being outright eliminated or as a second-order effect).

This, incidentally, isn’t that different from the current map, which produced a 9-9 split in a very good Democratic year, but which would probably result in a 12-6 Republican majority in a GOP wave election.  -6D, +5R.

Rhode Island loses a seat, which by definition must be a Democratic seat. -7D, +5R.

South Carolina: Republicans are unlikely to alter their 6-1 GOP map, except perhaps to shore up Nancy Mace in her Democratic-trending district. -7D, +5R

Tennessee: In 2010, Republicans redrew a map that shored up newly elected Republicans in historically Democratic districts. Today, those Republicans are entrenched. They could draw an 8-1 map by “pizzamandering” Nashville (pizzamandering is what occurs when a Democratic county is split up into multiple slices, weakening its ability to influence an election outcome). Again, assume non-aggressive maps, with no changes.  -7D, +5R

Texas gains three seats. Republicans control the trifecta, and have shown a willingness to be aggressive in previous redistrictings. At the same time, the goal here is not to test the limits of what parties could do in their redrawings. Assume that Republicans largely consolidate their gains by making the 7th and 32nd districts heavily Democratic, add an additional Democratic seat around Dallas, and create two new Republican seats.  -6D, +7R.

Utah has a new independent redistricting commission that will recommend maps to the legislature. The legislature, however, is not obligated to accept them. If Democrat Ben McAdams keeps his seat, the legislature may go along with a map that creates a heavily Democratic district based in Salt Lake City. If GOP challenger Burgess Owens wins the race – which is now pending – it is highly unlikely that Republicans will eliminate this district and instead will look to shore up Owens. Owens is leading right now, so assume no change.  -6D, +7R.

Virginia’s map will be drawn by a commission. This would have led to big Democratic gains had Republicans’ original 8-3 Republican map held, but with Democrats controlling the delegation 7-4, the next map seems more likely to weaken a Democratic incumbent than a Republican one. Assume no change for now. -6D, +7R.

Washington: A proportional map here would increase Republican strength in the 8th District, reverting to a 6-4 Democratic majority in the state. Assume that the commission basically maintains the current map, however, leaving a 7-3 map with one Democratic district winnable by Republicans in the right environment.  -6D, +7R.

Wisconsin: Democratic Gov. Tony Evers holds a veto over Republican maps. At the same time, the geography of the state is what it is (as they say) and Democratic strength is heavily concentrated in Dane and Milwaukee counties. Incumbent protection maps are often a compromise when neither party controls the trifecta; such a compromise may involve shoring up Democratic Rep. Ron Kind in the 3rd District (Kind won narrowly against relatively weak opposition in 2016 and 2020). This would maintain the Republicans’ 5-3 edge in the state delegation. -6D, +6R.

Again, these aren’t specific predictions, and I hope I’ve sufficiently emphasized the uncertainties in many states. This is simply meant to illustrate what modest redistricting, combined with the demands of reapportionment, are likely to lead to. Assuming that Republicans win at least 212 seats in the ensuing Congress, this will probably be enough to gain them the majority, without even contemplating more aggressive redrawings, the national mood, or the tendency toward midterm loss for the party holding the presidency.