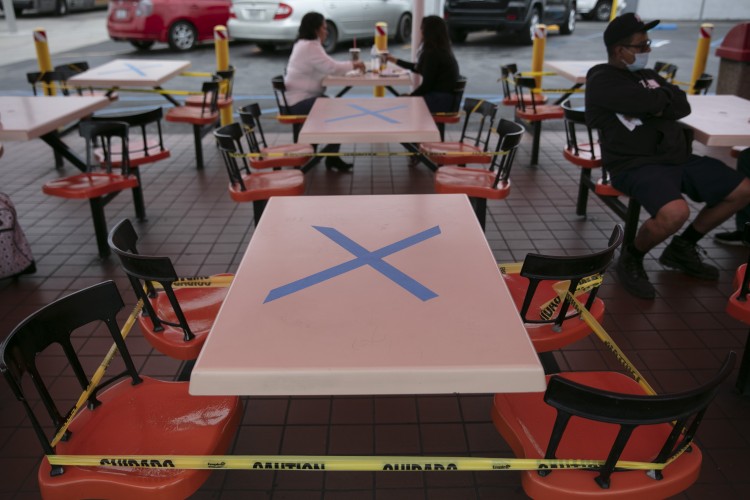 COVID-19 vaccinations set to begin later this month are nothing short of a Christmas miracle. They are a product of American ingenuity and capitalism, with a boost from the Trump administration's Operation Warp Speed.

Yet small businesses, the heart of American capitalism, are currently on life support. As COVID cases skyrocket and state and local officials enact new restrictions to try to slow the infection rate, small-business employers face a dramatic reduction in revenues. For many firms, it's “March all over again.”

The finish line in this hellish pandemic marathon is finally in sight. If businesses can brave the choppy waters of the next few months until the population is vaccinated, then they should be in for relatively smooth sailing as American consumers look to satisfy their pent-up demand.

To offer these businesses a bridge to this bright future, Congress must immediately pass another round of the Paycheck Protection Program, which offers them forgivable loans on the condition that they maintain their payroll. With experts projecting vaccination-induced herd immunity by May, we can call such a temporary PPP relief effort “Operation Mayday.”

With both houses of Congress in session this week, and a Dec. 11 government funding deadline looming, now is the time to get this relief passed.

The PPP has already proven its worth. So far this year, the program distributed roughly 5 million forgivable loans worth over $500 billion, saving more than 50 million jobs. The PPP protected the jobs of as much as 84% of the nation's small business workforce. This bipartisan relief program is one of the most successful in American history.

Now reality necessitates another PPP round. While big businesses have fared okay during the pandemic, small businesses, especially those in customer-facing sectors, have suffered greatly. Nearly 100,000 establishments have gone out of business permanently. Transaction activity suggests that one in five companies that were open in January have closed.

Restaurants, which provide a foothold on the career ladder for countless young and less-skilled Americans, have been especially hard hit. According to Yelp, three-quarters of the nearly 22,000 U.S. restaurants that went out of business between March 1 and Sept. 10 were businesses with fewer than five locations. Nearly 90% of restaurants and bars in New York said they could not pay their full rent in August. Given that every 100 restaurant jobs support an estimated 50 more downstream-supplier positions, this industry's pain reverberates through the economy.

What's especially galling to many small business owners is that the politicians and bureaucrats implementing new restrictions across the country will not share the economic consequences. “I guarantee the people making these decisions make the same salary regardless of whether there is a shutdown or not,” said Michael Simhai, a Los Angeles restaurant owner. “None of the people who make the decisions to shut down businesses and impact people's livelihoods ever have their own livelihood impacted,” echoed Waffle House CEO Walt Ehmer.

Senate Republicans have attempted to pass common-sense legislation, a $500 billion proposal that includes $310 billion to top up the PPP. However, obstructionist Democrats in the House of Representatives refuse to pass it, holding PPP funds hostage in return for a multi-trillion-dollar blue state bailout that would amount to a debt jubilee for badly governed states and localities. House Democrats should heed President-elect Joe Biden's call for unity and come together in a bipartisan fashion to immediately pass these necessary funds for small businesses. They should also clarify that any past or future PPP funds are entirely tax-free.

Small businesses are not asking for a bailout. They are doing their civic duty by reducing consumer traffic to keep their communities safe while providing much-needed job opportunities. The least the government can do is help them along for a few more months. Such support now will pay fiscal and economic dividends later as small businesses — and a vaccinated nation — come roaring back in 2021.

Alfredo Ortiz is the president and CEO of the Job Creators Network.