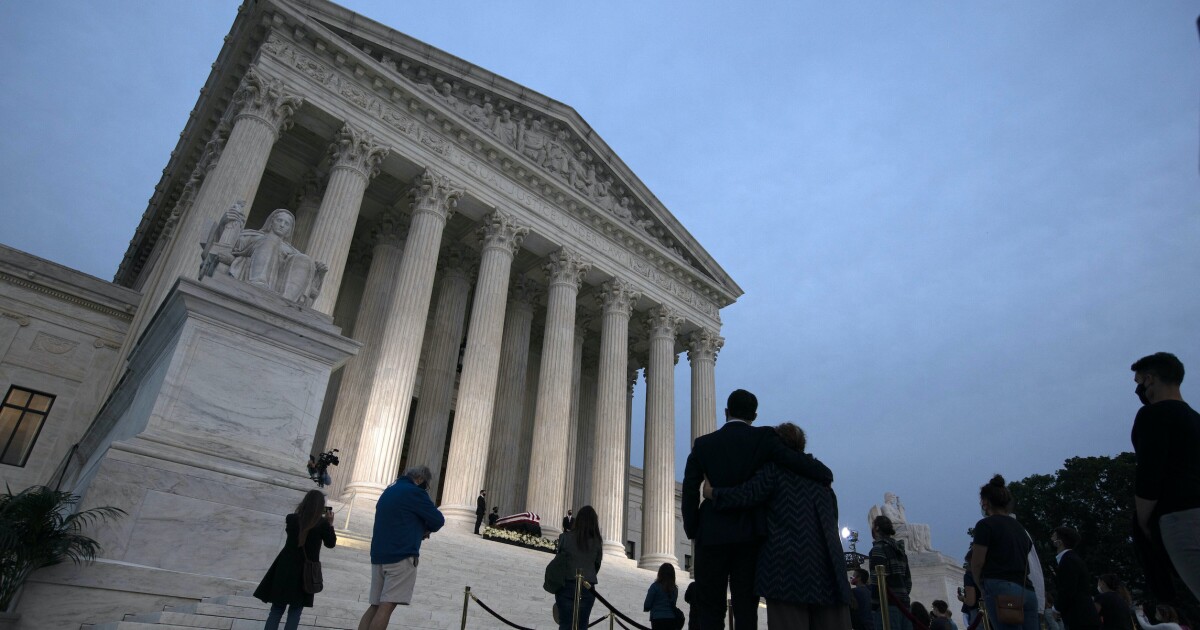 A group of Republicans in Pennsylvania has appealed to the United States Supreme Court over the state’s mail-in voting law, according to an attorney with the case.

The lawsuit in question is spearheaded by GOP Rep. Mike Kelly and President Trump’s ally Sean Parnell, who lost a close House race in Pennsylvania this year. The litigation sought to halt election certification and toss out mail-in ballots under the contention that a 2019 act passed by the state Legislature was unconstitutional.

The state Supreme Court dismissed the lawsuit on Saturday, overturning a ruling by Pennsylvania Commonwealth Judge Patricia McCullough that state officials stop any additional steps toward certifying the election results. The court ruled that the plaintiffs failed to “file their facial constitutional challenge in a timely manner.”

Greg Teufel, an attorney for the plaintiffs, told the Washington Examiner on Tuesday that his clients couldn’t have filed earlier because they lacked the legal standing to do so.

“In order to bring a claim, a party has to show that you have an actual injury or harm,” Teufel said. He said that they are hoping the federal Supreme Court will take up the matter.

Their legal argument hinges on Act 77, which was passed by the GOP-controlled Legislature and allowed voters to cast their ballots by mail up to 50 days before an election without giving an explicit excuse, which was previously required in order for a voter to request an absentee ballot.

Teufel contends that the only way to change the limited scope of who can request an absentee ballot in Pennsylvania would be through an amendment to the state’s constitution and not through a legislative act alone like Act 77.

The Supreme Court application is directed toward Associate Justice Samuel Alito and asks for an emergency writ of injunction to prevent the state “from taking any further action to perfect the certification of the results” of the Nov. 3 election.

Teufel said he is hopeful about the odds of the Supreme Court taking up the matter.

“I do think this is a case of unique importance and national interest and has a better-than-average shot” at getting the attention of the court, although he acknowledged that there is a lot of competition to get the court’s attention.

This lawsuit isn’t the only one that has been filed in the aftermath of Trump’s apparent loss to President-elect Joe Biden in Pennsylvania. A federal appeals court in Philadelphia on Friday rejected a Trump campaign challenge to the election results.