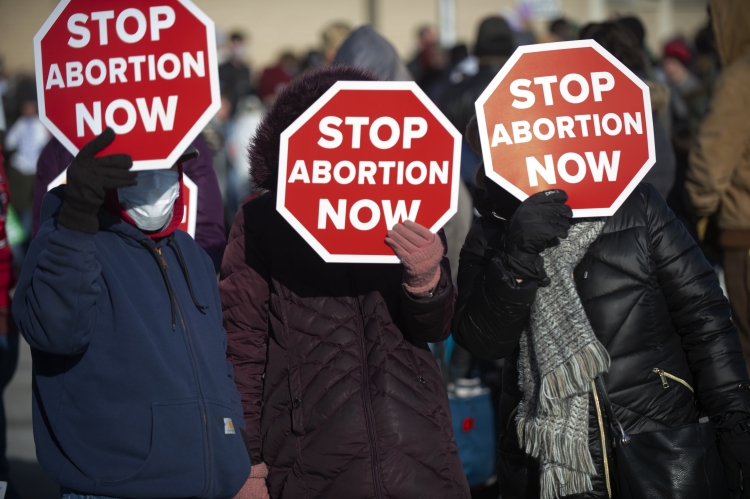 The vast majority of abortions take place today among Millennials and Gen Z, whose interests many claim to speak for, from Planned Parenthood to politicians to celebrities. As this year’s anniversary of Roe v. Wade takes place with a downscaled memorial (in line with the COVID times) against the backdrop of an aggressive pro-abortion agenda from the Biden administration, our organization — made up of more than 1,250 student pro-life groups in all 50 states — thought it timely to ask these generations about their views on the abortion issues in the headlines.

Far from being knee-jerk in their acceptance of the status quo, Millennial and Gen Z voters expressed support for limits on abortion and taxpayer funding of it. They also said reversing Roe was acceptable, and voting on abortion policy was strongly embraced, according to the poll commissioned this month by Students for Life of America’s Institute for Pro-Life Advancement.

Almost seven out of 10 Millennials and Gen Zers want to vote on abortion-related policy, something that Roe v. Wade took away from Americans when the Supreme Court set abortion policy for the whole of the United States in 1973. In fact, fewer than two out of 10 want unlimited abortion through all nine months of pregnancy, for any reason at all and sometimes with taxpayer funding, which Roe allows.

Millennials and Gen Zers wanted abortion limits, with more than seven out of 10 expressing support for less abortion, and almost six out of 10 specifically opposed to Roe v. Wade and Doe v. Bolton when they learn that the latter allows for abortion up to birth, an increase of six percentage points from the 2019 poll (from 51%  to 57%.)

Asked directly about reversing Roe to return the issue of abortion to the states, more Millennials and Gen Zers supported doing so than opposed it, by a margin of 44% in favor to 36% opposed with 18% unsure.

Educating these generations on Roe pays off. The number of respondents opposing Roe and Doe nearly doubled after learning more about what the law allows. This number is extraordinary considering Planned Parenthood claims that Roe is popular, with 77% of the American people opposed to reversing it.

When it comes to taxpayer funding, Millennials and Gen Zers also had their doubts about this. These taxpayers do not want their money used to pay for abortions, whether in the U.S. (48%) or worldwide (53%). In both circumstances, those who oppose taxpayer funded abortion outnumber those who want it.

This should concern the Biden administration as it prepares to end the Mexico City policy that prevents U.S. taxpayer aid dollars paying for worldwide abortion, and also to strip away the Hyde Amendment, which limits federally funded abortion to cases of rape, incest or when the mother’s life is in danger. By a margin off 45% to 38%, Millennials and Gen Zers supported Hyde, saying that taxpayer funding for abortion should be limited to the traditional exceptions.

Millennials and Gen Zers also showed compassion for the viewpoint of pro-life Americans. Almost five in 10 do not support forcing all Americans, regardless of their beliefs, to pay for abortions and more than six in 10 believe schools should protect students’ free speech rights.

One controversial piece of legislation commonly introduced in statehouses got Millennials and Gen Z support – “Heartbeat” bills. The polling question: “Whether on a battlefield or in an emergency room, the detection of a human heartbeat gives medical professionals confirmation of life to provide critical care. The human fetal heart begins to beat 21 days after conception, at 3 weeks gestation. Knowing this, do you support or oppose abortion being banned after a heartbeat is detected?” Almost HALF supported banning abortion after a heartbeat is detected, by 47% to 38%.

Regarding “No Test” abortions and online distribution of dangerous chemical abortion pills, Millennials and Gen Zers supported in-person purchase by a margin of 55% to 23% (to prevent abusive people and partners from anonymously getting pills that they then slip to pregnant mothers without their consent). More supported a pre-chemical abortion screening exam that would cite the risks of infection, loss of fertility and complications from ectopic pregnancy. Almost half supported requiring a follow-up exam after a chemical abortion to prevent infection and death. And, good news for pro-life legislators, these voters said they would support those who fought for these health and safety standards – 52% in favor compared to 25% against.

Despite what you may hear, the facts prove that Millennials and Gen Zers are not looking for an extreme abortion agenda over the next four years. Instead, like many Americans, they express a more nuanced point of view that should be taken into account by those who will be facing these voters in two years.

Kristan Hawkins is president of Students for Life of America, with more than 1,225 chapters on college and high school  campuses in all 50 states. Follow her @KristanHawkins or subscribe to her podcast, “Explicitly Pro-Life.”