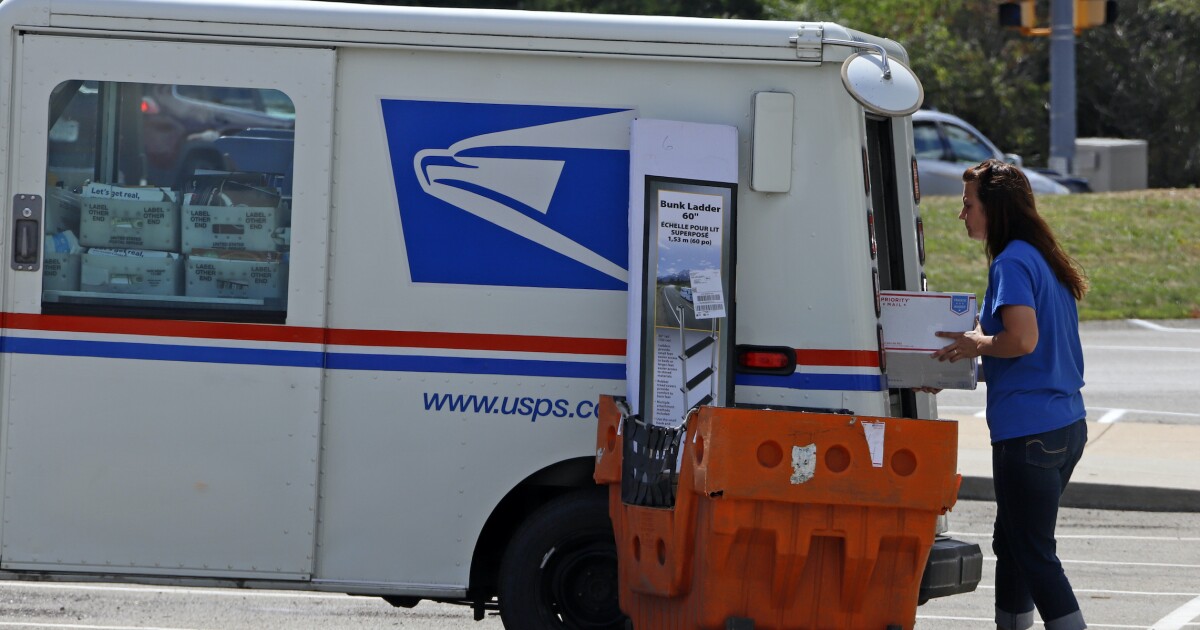 So far, the race between President Trump and former Vice President Joe Biden remains too close for major news outlets to call, but it leans increasingly in Biden’s favor as more mail-in votes are counted.

In a court filing early Friday morning, the Justice Department revealed that USPS plant managers in Greensboro, Mid-Carolinas, Central Pennsylvania, Western Pennsylvania, and the Philadelphia metropolitan area had found more mailed in votes, including 539 total in North Carolina, where Trump currently leads, and 1,703 in Pennsylvania, including 297 and 1,076 respectively from the Democratic strongholds of Pittsburgh and Philadelphia. The late-received votes in Pennsylvania may end up being challenged by Republicans. Decision Desk HQ, a nonpartisan election analysis firm, projected that Biden would defeat Trump in Pennsylvania, and thus win the presidency, but news outlets contend that it remains too close to call. As mail-in and absentee ballots were counted over the past couple of days, Trump’s sizable lead in the state slipped away, and Biden took the lead in unofficial counts Friday morning. The Trump campaign, which has mounted a flurry of legal challenges in the state, quickly issued a statement saying the election is “not over.”

Pennsylvania’s Republican-led legislature passed Act 77, allowing its voters to cast their ballots by mail but requiring that all mailed ballots be received by 8 p.m. on Election Day to be counted, and it had not changed that deadline during the coronavirus pandemic. But Pennsylvania’s Supreme Court said in a 4-3 ruling that mail-in ballots would not need to be received by Election Day, instead deciding that ballots could be counted so long as they were postmarked on or before Tuesday and were received by Friday at 5 p.m. The state's high court further ordered that ballots lacking postmarks or with illegible postmarks could potentially be counted, too.

The Friday court filing revealing the hundreds of mail-in votes followed court orders from U.S. District Court Judge Emmet Sullivan, who has been pressing USPS about its handling of vote-by-mail and has ordered the Postal Service to carry out sweeps of its facilities twice daily. Sullivan handed down an order earlier this week related to when and how USPS must conduct sweeps for any mail-in ballots, and DOJ said Wednesday that USPS “conducted inspections by postal inspectors and sweeps at the relevant plants yesterday, pursuant to this court’s order, but it was not possible for the Postal Inspectors to conduct sweeps of all relevant facilities by this court’s 3 p.m. deadline” without messing with operations on Election Day.

Sullivan said Wednesday that he was “shocked” that facilities in places such as Pennsylvania, North Carolina, and other states hadn’t been thoroughly searched, telling DOJ attorneys that “it leaves a bad taste in everyone’s mouth for the clock to run out” and “I’m not going to forget it.” He added that “someone might have a price to pay.”

Kevin Bray, the USPS executive leading the election mail operations, told the court Wednesday, “I am filing this declaration to explain the Postal Service’s process of sweeping its plants to ensure that all ballots are dispatched expeditiously, and to ensure that the maximum number of ballots are delivered to Boards of Elections in time to be counted.” Sullivan has said he wants Postmaster General Louis DeJoy to testify too.

The Trump campaign has been challenging the legality of any mail-in votes which arrive after Election Day and asked the Supreme Court to intervene.

Trump’s lawyers argued that the Supreme Court should be the final arbiter after the high court decided late last month that it would not expedite its review before Election Day.

“Given last night’s results, the vote in Pennsylvania may well determine the next President of the United States,” Trump’s lawyers told the Supreme Court on Wednesday. “And this Court, not the Pennsylvania Supreme Court, should have the final say on the relevant and dispositive legal questions.”

Pennsylvania Attorney General Josh Shapiro, a Democrat, filed a response on behalf of Kathy Boockvar, the secretary of the Commonwealth of Pennsylvania, on Thursday.

“Because the Trump Campaign cannot satisfy the standard for intervention as of right or by permission, the motion should be denied. This matter has been pending before this Court for nearly six weeks. One day after Election Day, and for the second time in this case, the Trump Campaign has filed a motion for leave to intervene,” Shapiro said. “The Trump Campaign’s first motion was properly denied by the Pennsylvania Supreme Court because its generalized grievance in maintaining the electoral status quo was insufficient to justify standing or intervention. That defect has not been cured by the passage of time.”

Before the U.S. Supreme Court passed on taking up the case in October, Shapiro told counties to segregate any ballots that arrived after 8 p.m. on Tuesday from those arriving before that time. Under those rules, ballots in Pennsylvania can still be received through 5 p.m. today. The Pennsylvania Supreme Court has likened the coronavirus pandemic to a “natural disaster” that would justify the deadline extensions.

Following a 4-4 decision on whether to grant a stay on the issue earlier in the month, the U.S. Supreme Court blocked an attempt by Pennsylvania’s Republican Party to stop that counting in October with a 5-3 decision. New Justice Amy Coney Barrett said she didn't participate because she did not have enough time to read through the legal briefs.

Justice Samuel Alito wrote in late October that he would have granted the GOP's request to limit ballot counting after Nov. 3, which was the day of the election. Alito, whose dissent was joined by Justices Clarence Thomas and Neil Gorsuch, made clear that the Supreme Court could still rule on the Pennsylvania court's decision after Election Day.

“The Court’s handling of the important constitutional issue raised by this matter has needlessly created conditions that could lead to serious post-election problems. The Supreme Court of Pennsylvania has issued a decree that squarely alters an important statutory provision enacted by the Pennsylvania Legislature pursuant to its authority under the Constitution of the United States to make rules governing the conduct of elections for federal office,” Alito wrote. “This is not a denial of a request for this Court to order that ballots received after election day be segregated so that if the State Supreme Court’s decision is ultimately overturned, a targeted remedy will be available.”

The Trump campaign has filed numerous other lawsuits across Pennsylvania, including in the Democratic stronghold of Philadelphia, where Republicans have alleged that their poll watchers are being blocked from observing the ongoing vote count in spite of a court order, though Trump team lawyers said some GOP poll workers were indeed in the counting room during a court hearing Thursday evening.