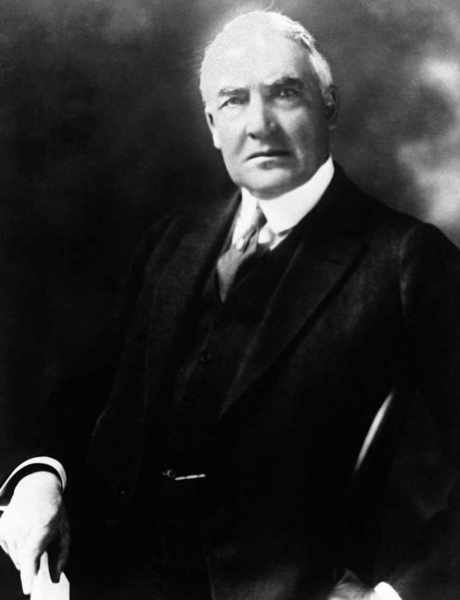 A hundred years ago today, Great Britain buried an unnamed soldier at Westminster Abbey in London. A casualty of the Great War, as World War I was then known, the soldier’s identity could not be determined. Many thousands of fighting men met the same fate in that gruesome conflict, and on the same day, Nov. 11, 1920, an unknown French soldier was laid to rest at the Arc de Triomphe in Paris.

Precisely one year later, a similar ceremony took place at Arlington National Cemetery. President Warren G. Harding, a man not known for his way with words, delivered the homily. This time he rose to the occasion.

The body of the American unknown soldier who had fallen in battle arrived in Washington from France on Nov. 9, 1921, and lay in state at the Capitol Rotunda for two days. A decorated combat veteran named Edward F. Younger — a sergeant in Gen. John J. “Black Jack” Pershing’s army — had gone to France to oversee the process. The remains of four Americans had been placed in four identical caskets there. In a somber ceremony held at city hall in Chalons-sur-Marne, lots were chosen to determine which of the heroes would be buried at Arlington. The others were interred in the sprawling Meuse-Argonne American Cemetery, where they are among the 954 unknowns.

The lone casket was loaded aboard the USS Olympia, a Navy cruiser, and brought across the ocean. An estimated 90,000 Americans filed by the casket to honor the fallen soldier. Pallbearers from the Army, Navy, and Marine Corps then carried the coffin to the horse-drawn caisson that took it to Arlington National Cemetery.

The Marine Corps Band played the national anthem, an Army chaplain gave the invocation, and the assembled crowd of some 5,000 visitors sat in a moment of silent meditation that stretched to two minutes. After giving his own remarks, President Harding placed a Medal of Honor and a Distinguished Service Cross on the casket. A 21-gun salute was fired off and a bugler played taps before the coffin was lowered into its final resting place. “The Unknown Soldier,” notes the official history of Arlington National Cemetery, “was home.”

I’d add a brief postscript about the commander-in-chief’s remarks. Warren Harding, as I’ve previously noted, was not one of America’s most articulate presidents. He tried too hard, for one thing, employing florid prose as a substitute for solid ideas. Partly, this was a device: Harding liked to avoid giving offense. It was also the conceit of a man straining to be eloquent, like a cub reporter given to promiscuous use of the thesaurus. His speeches were mercilessly lampooned by H.L. Mencken and dismissed by political opponent William Gibbs as “an army of pompous phrases moving across the landscape in search of an idea.”

But Harding did have his moments. One came only two weeks before the Armistice Day ceremony at Arlington, when he went to Birmingham, Ala., and surprised everyone present by speaking out for civil rights.

On this date in 1921, he began his brief speech at Arlington cemetery awkwardly (“We are met today to pay the impersonal tribute”) and ended it by leading the crowd in the Lord’s Prayer, which is something a modern president would be unlikely to do. But he spoke touchingly about the many American Gold Star mothers whose sons never returned from Europe, suggesting that they could take comfort from the day’s proceedings and harbor hopes that it was their boy being honored.

“Some mother gave him in her love and tenderness, and with him her most cherished hopes,” said the commander-in-chief. “Hundreds of mothers are wondering today, finding a touch of solace in the possibility that the nation bows in grief over the body of one she bore to live and die, if need be, for the Republic.”

Harding’s point applies to mothers on the other side during wartime, and World War I had unleashed untold suffering in the trenches on both sides of No Man’s Land, a sad fact that makes us shudder even a century later. Harding spoke of this, too. “Modern warfare,” he noted, “is no longer a conflict in chivalry, no more a test of militant manhood. It is only cruel, deliberate, scientific destruction.”

“With all my heart,” he added, “I wish we might say to the defenders who survive, to mothers who sorrow, to widows and children who mourn, that no such sacrifice shall be asked again.”

This hope, although it was echoed by most people in the world, would not be fulfilled. Eighteen years later, it would all start happening again, this time with even more horrifying carnage. And that is why, each Veterans Day, I offer a simple prayer in this space. Yes, Lord, thank you for the brave heroes who risk their lives — and have given their lives — for our freedom. But blessed, too, are the peacemakers.