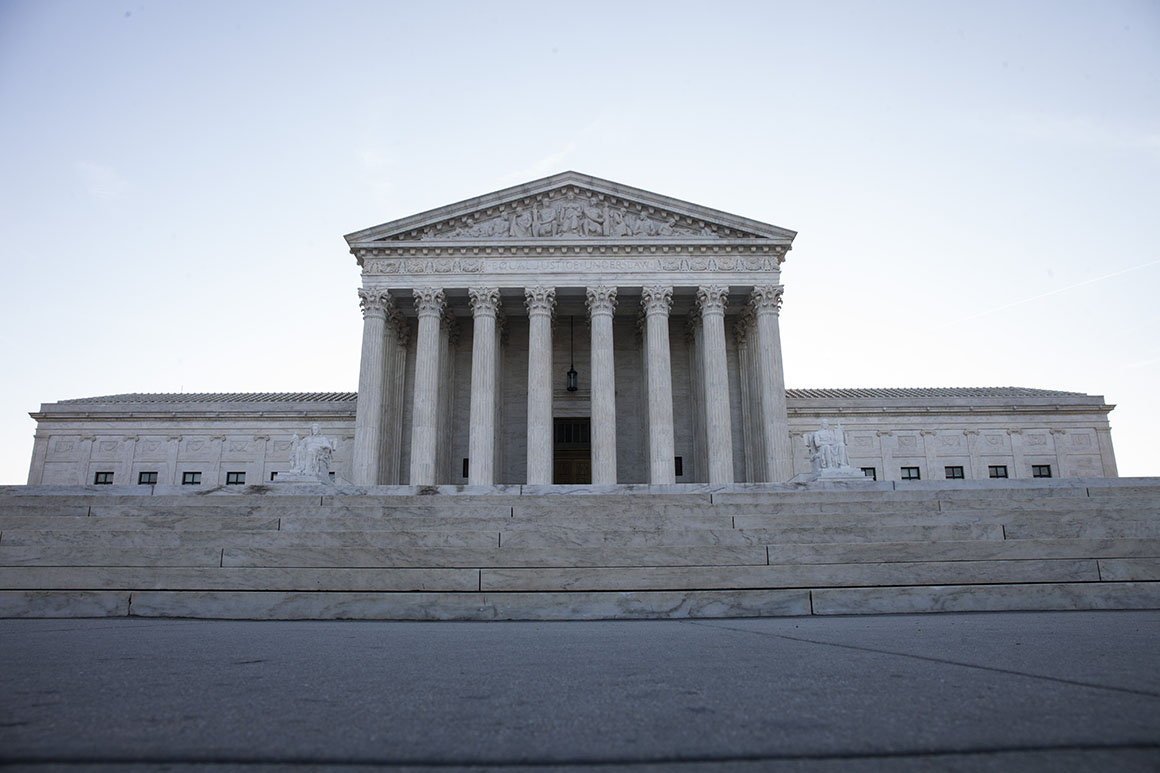 “Given the overwhelmingly white and male tilt of the group of lawyers who regularly argue before the Supreme Court, it would send an important message about the need for a more diverse group of voices to be heard at the nation’s highest Court,” the groups wrote in the letter.

Biden has faced criticism from Democratic lawmakers over the past week for not choosing more Black and Hispanic candidates for top jobs. While Biden has tapped several people of color for jobs such as ambassador to the United Nations, Homeland Security secretary and OMB director, most of his core White House team is white.

“People like Neal Katyal, Lisa Blatt and David Frederick should not be up for appointments in the Biden administration,” said Brian Fallon, Demand Justice’s founder, in a statement. “We should not be rewarding elite Democratic lawyers who, while our democracy was at a low ebb these last four years, endorsed Donald Trump's Supreme Court nominees, despite the threat to vulnerable communities, and represented big, corporate interests.”

Fallon criticized Katyal, a partner at Hogan Lovells who served as acting solicitor general during the Obama administration, for representing Nestlé in oral arguments before the Supreme Court on Tuesday. The case revolves around whether Nestlé and Cargill should be held responsible for their African suppliers allegedly using child slaves.

Fallon also faulted Frederick, a partner at Kellogg Hansen Todd Figel & Frederick who served in the solicitor general’s office during the Clinton administration, for filing a Supreme Court brief last month on behalf of BP, Chevron, ExxonMobil and other oil companies in a climate change case.

“The Biden administration's top lawyer should be someone who isn't cozying up to those types of special interests,” he said.

And he went after all three lawyers for defending Trump’s Supreme Court picks — Neil Gorsuch in Katyal and Frederick’s case, Brett Kavanaugh in Blatt’s — and giving them crucial cover from Democrats during the battles over their nominations.

Blatt, who spent more than a decade working in the solicitor general’s office and is now the chair of Williams & Connolly’s Supreme Court and appellate practice, declined to comment. So did Katyal and Frederick.

Fallon, a former Justice Department spokesperson during the Obama administration and aide to Senate Minority Leader Chuck Schumer, started Demand Justice in 2018 to counter the influence of conservative legal advocacy groups such as the Judicial Crisis Network. The group has pressed Democrats to vote against Trump’s judicial nominees and graded them on their records. Fewer than half of Democratic senators received As or Bs — and Schumer wasn’t among them.

The group’s aggressive tactics — such as running ads criticizing Sen. Chris Coons (D-Del.) for voting for some of Trump’s judicial nominees — have irritated some Democratic senators. Fallon defended the ads, saying Coons had nothing to worry about it if he was proud of his record.

Once Trump leaves office, Demand Justice will shift to pressing Biden to appoint “the most progressive judges — with more professionally diverse backgrounds than we saw from Clinton and Obama judges — and fighting for their confirmation,” Fallon wrote in an email to POLITICO. The group will also continue its work to persuade Democratic voters to make judges and the courts a priority and to build progressive judicial infrastructure in the states.

The solicitor general post has been a stepping stone to the Supreme Court in the past.

Jeff Hauser, the director of the Revolving Door Project and a thorn in Biden’s side on executive branch nominations, said he would prefer a lawyer in the mold of Kruger or Ifill become solicitor general rather than a lawyer from a big firm.

“It would be great to return to a world where the NAACP Legal Defense Fund is a way to move up the ranks and eventually make it to the Supreme Court like Thurgood Marshall did,” Hauser said.