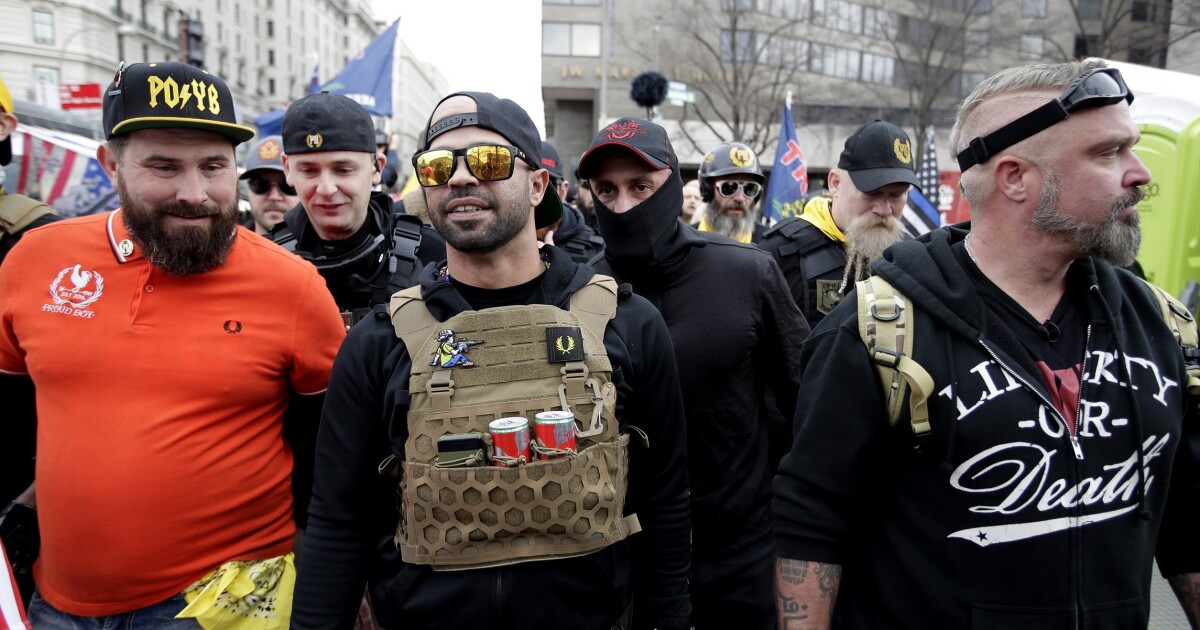 The leader of the Proud Boys was arrested in Washington, D.C., on Monday after being charged for burning a Black Lives Matter banner last month while he was in town.

Two days ahead of protests in support of President Trump, Enrique Tarrio, the 36-year-old chairman of the far-right organization, was arrested on Monday when police stopped his vehicle, D.C. police spokesman Dustin Sternbeck said, according to the Washington Post.

The Metropolitan Police Department said Tarrio, who resides in Miami, was charged with one misdemeanor count of destruction of property in connection to a Dec. 12 incident, caught on video by Daily Caller reporter Shelby Talcott, in which a Black Lives Matter banner from the Asbury United Methodist Church, a historic black church in the district, was set on fire during protests that turned viol ent.

Police said Tarrio was found with two high-capacity gun magazines during the arrest and was charged with possession of a high-capacity feeding device.

The Washington Examiner reached out to the department for more information but did not immediately receive a response.

Tarrio said in an interview after the incident that if authorities were to change him, he would plead guilty. “I’ll fly there on my own dime,” Tarrio told the Washington Post while in Miami. “So, let me make this simple. I did it.” But Tarrio asserted that he would not admit to committing a hate crime.

Washington Mayor Muriel Bowser activated more than 340 National Guard troops ahead of the demonstrations and asked residents to avoid the downtown area in the coming days.

Several Republican lawmakers in the House and Senate are planning a long-odds effort to contest the Electoral College votes, and some of them want a commission to conduct a 10-day emergency audit of the election results in states contested by Trump.