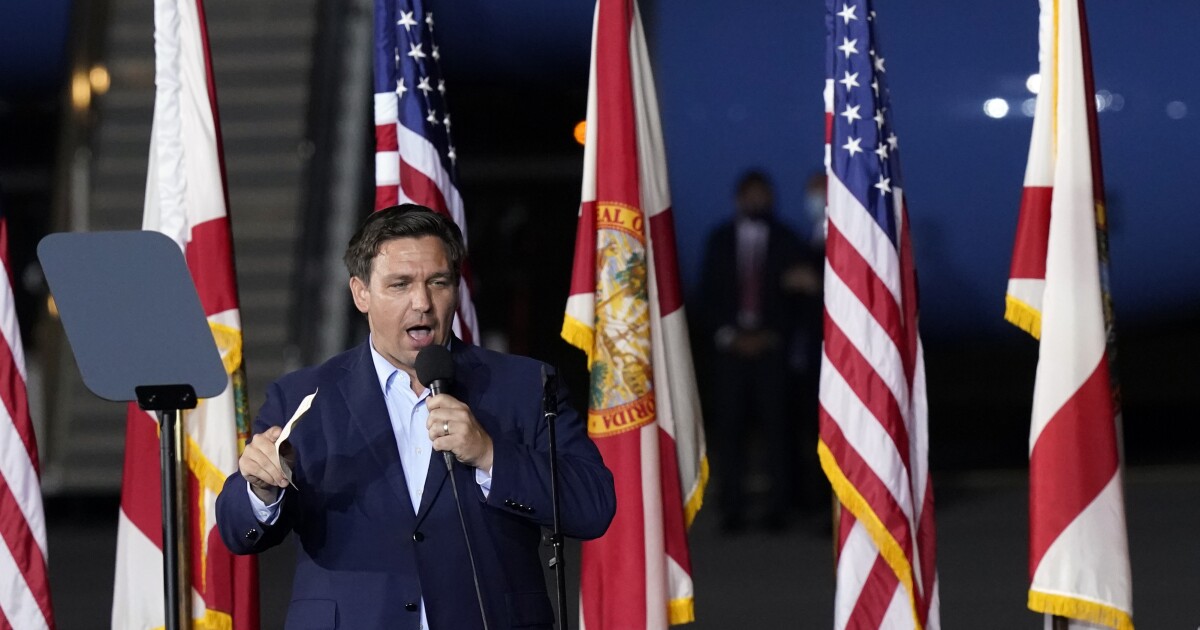 Red states are overwhelmingly outperforming blue states in their economic recoveries from the
pandemic
.

A big part of the growth comes from an influx of people
relocating from high-tax states
with larger Democratic representation into places like
Florida
, Texas, and other Republican-leaning states that typically foster lower-tax environments.

Labor Department data show that since February 2020, just before the pandemic took hold, red states combined have erased their losses and added 341,000 jobs, with the share of jobs in Republican-leaning states
increasing
by a half percentage point, according to the Wall Street Journal.

On the other hand, there are 1.3 million fewer jobs in blue states than there were prior to the start of the pandemic.

Republicans are expected to cite red-state economic strength as proof that their party is better at governing. The GOP is also blaming the Biden administration for the country’s towering inflation.

Andrew Romeo, communications director for the Republican State Leadership Committee, said that Democrats are “too wedded to their socialist agenda” to enact policies similar to those in Republican-led states that have experienced more economic growth.

“State Republicans’ rejection of President [Joe] Biden’s reckless tax-and-spend agenda shielded their constituents from the worst of Bidenflation, and the conservative policies they implemented have Republican-led states better positioned to weather the national recession Biden is thrusting on the American people,” Romeo said in a statement provided to the Washington Examiner.

A Moody’s analysis of Equifax consumer credit reports found that some 46 million people changed zip codes in the year ending in February 2022 — that is the most in any single year for the past decade and shows just how many people have used the pandemic and related workforce changes to relocate.

The states with the biggest influx of people were Florida, Texas, and North Carolina — all of which voted for former President Donald Trump in the last election and are represented by two GOP senators.

Conversely, the states that saw the biggest exodus of workers were California, New York, and Illinois — all of which voted for Biden and have Democratic-led legislatures and two Democratic senators.

The trend has been confirmed by other researchers as well.

The Tax Foundation, a nonpartisan group that generally favors low taxes, used data from the census and commercial data sets from U-Haul and United Van Lines to compile a list of which states had the
biggest population inflows and outflows
.

New York led with the largest percentage decrease, with a drop of 1.8% from April 2020 to July 2021. Washington, D.C., experienced a whopping 2.8% loss. Other states with big losses include Illinois, California, Massachusetts, and West Virginia.

“The economy is changing, and if states want to remain competitive, their tax codes will have to change as well,” Jared Walczak, vice president of state projects at the Tax Foundation, told the Washington Examiner earlier this year. “Workers are more mobile than ever before, and since they no longer need to live where they work, taxes will take a larger role in deciding where they call home.”

“States can either modernize their tax codes to reflect this new reality or risk finding themselves left behind,” he added in a statement.

Several companies have also made some high-level relocations out of blue states and into red ones, bringing with them an infusion of jobs.

Griffin is a top GOP donor and the wealthiest person in Illinois. He said that he has already moved to the Sunshine State and that the hedge fund will begin the process, which is expected to take years, of relocating as well.

Illinois-based Caterpillar also said it was relocating to Texas, while Boeing, also based in the Land of Lincoln, announced it was moving to Arlington, Virginia.

Chris Rouland, CEO of cybersecurity firm Phosphorus,
told
the Wall Street Journal that after his company went virtual during the pandemic and employees began to move to other states, he made the decision to relocate his business’s headquarters to Tennessee, citing the lower taxes and better living standards.

“They started to think about where they’d actually like to live based on quality of life, based on taxes,” Rouland said. “And for us, we looked at where we wanted our business to be and, honestly, where I wanted to live.”

While Democrats control the White House and have a tenuous grip on Congress, Republicans control 30 state legislatures, Democrats hold 17, and three are split. The GOP also has more governors in elected office than Democrats.