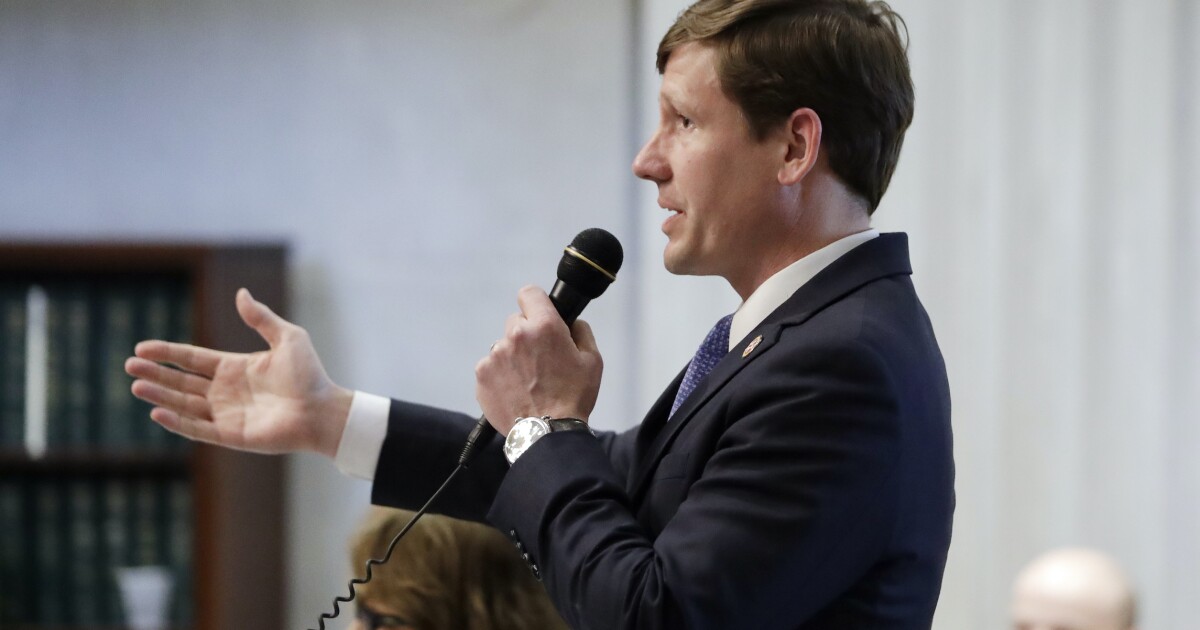 Legislation that would add Tennessee’s right-to-work law to the state constitution was filed Thursday by Sen. Brian Kelsey, preparing the proposed constitutional amendment to advance through the Tennessee Legislature for the required second time.

“This amendment will guarantee future generations of Tennessee workers their right to work regardless of whether they choose to join a union,” Kelsey, R-Germantown, said of SJR 2.

By law, any amendment to the state constitution must be approved twice by the Legislature; once by simple majority and again by two-thirds majority after an election. The amendment then would go on the ballot for voter approval during a gubernatorial election. It must pass by a simple majority.

Kelsey’s amendment passed the House by a 68-22 vote in June after clearing the Senate by a wide margin. With support from Lt. Gov. Randy McNally and House Speaker Cameron Sexton, and with only one legislative seat changing parties after Tuesday’s election, the amendment’s path forward is clear.

It won’t pass without opposition, however.

“Anti-labor laws like this amendment are crushing wages and benefits for both union and nonunion workers in Tennessee,” Senate Democratic Caucus spokesperson Brandon Puttbrese said. “Working families in Tennessee already earn $10,000 less each year than the average American worker. Policy that is driven by greed devalues people who work for a living, and our working families cannot take much more disrespect.”

Tennessee’s right-to-work law protects a worker’s choice to join or not join a labor union, prohibiting discrimination based on union affiliation. It has been on the books since 1947.

Brown noted the PRO Act, passed by the U.S. House earlier this year, would eliminate all state right-to-work laws. Democrats in Virginia led a push this spring to end that state’s right-to-work law, adopted in the same year as Tennessee’s.

Bradley Jackson, president and CEO of the Tennessee Chamber of Commerce and Industry, said the right to work law has been “a key component” in establishing Tennessee’s business friendly reputation.

“Embedding right to work permanently in our constitution sends a strong message moving forward that Tennessee is and always will be ready for business,” Jackson said.

If adopted, Tennessee would join nine of the 28 other states with right-to-work laws to enshrine the protection via constitutional amendment, including neighboring Alabama, Arkansas and Mississippi.

“Tennessee workers want to make their own choices in the workplace, and this amendment will forever seal that right,” said Sen. Paul Bailey, R-Crossville, who chairs the Senate Commerce Committee.

“Our General Assembly has worked hard to create an environment where businesses can expand and create new jobs for the citizens of our state,” said Rep. Clark Boyd, R-Lebanon, who chairs the House Commerce Committee. “This constitutional amendment further strengthens that business friendly culture, allowing more of our skilled workers to obtain high quality jobs.”

If the 112th General Assembly approves the right-to-work amendment, it would appear on the ballot when Gov. Bill Lee seeks reelection in 2022.

According to a survey conducted by the Beacon Center of Tennessee last year, 68 percent of Tennesseans support the right-to-work policy, and only 13 percent oppose it. The remaining 19 percent are undecided.

“While right to work has been the long-standing public policy of Tennessee, it is increasingly under attack,” said Justin Owen, CEO of the Beacon Center. “It is imperative that we protect the fundamental right of Tennessee workers to decide whether or not to pay union dues for generations to come.”

The Legislature will reconvene in Nashville on Jan. 12.

Tennessee AFL-CIO officials said the legislation filing was procedural and not a surprise.