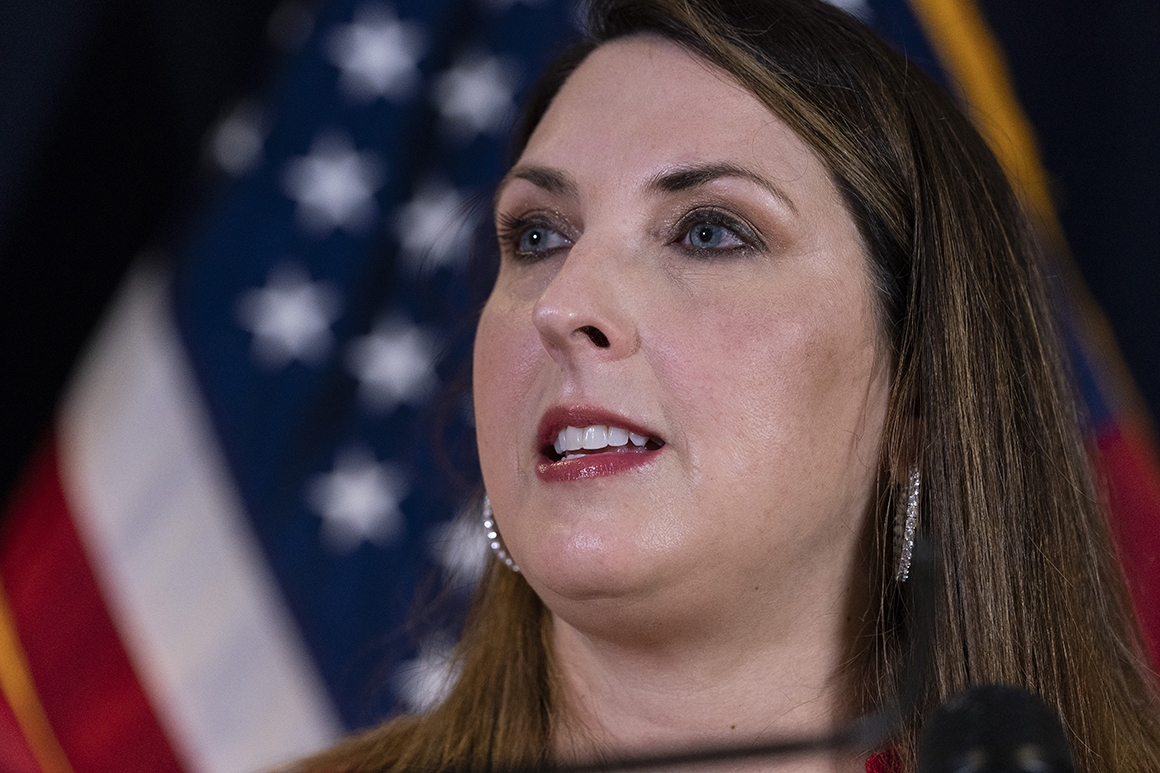 “I am pleased to announce that I have given my full support and endorsement to Ronna McDaniel to continue heading the Republican National Committee (RNC). With 72 MILLION votes, we received more votes than any sitting President in U.S. history – and we will win!” Trump wrote on Twitter.

Trump and McDaniel got to know each other during the 2016 campaign, when she was serving as chair of the Michigan GOP. The president chose McDaniel for the RNC post shortly after he was elected, and she has since emerged as one of his top political advisers.

The RNC’s 168 members are set to elect the next chair in January, when they convene for their winter meeting.

No challenger for the RNC chairmanship has yet to emerge, and senior Republicans say prospective candidates were waiting to see if McDaniel would seek reelection. The list of rumored candidates has included informal Trump adviser and Maryland committeeman David Bossie, Ohio GOP chairwoman Jane Timken, and Mississippi committeeman Henry Barbour, the nephew of ex-RNC Chairwoman Haley Barbour.

Appeals court rules DACA was illegally created under Obama, but program to remain intact for now