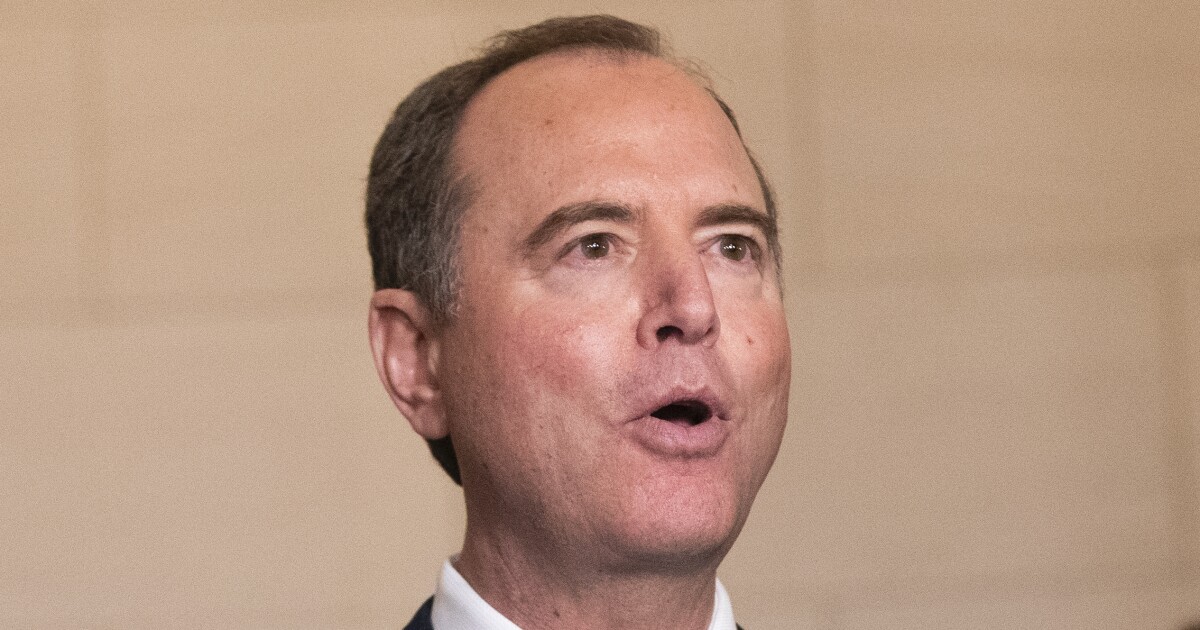 The California Democrat was singing a different tune when it came to protecting Mueller from Trump’s attorney general selection, slamming the president’s firing of former Attorney General Jeff Sessions and his pick of Matthew Whitaker to serve as acting attorney general in late 2018, prior to Barr’s nomination in early 2019.

“It’s a flawed appointment, but the biggest flaw from my point of view is that he was chosen for the purpose of interfering with the Mueller investigation. He auditioned for the part by going on TV and saying he could hobble the investigation, and ethically, he should have absolutely nothing to do with the investigation,” Schiff said of Whitaker in a November 2018 appearance on ABC’s This Week, one of multiple TV appearances after Democrats took the House where he said that Mueller must not be fired, adding, “we will expose any involvement he has in it. He needs to know that if he takes any action to curb what Mr. Mueller does, we are going to find out about it, we are going to expose it.”

Barr announced Tuesday that in October, Durham had been selected to serve as a special counsel tasked with investigating any violations of law related to the inquiries conducted by the FBI’s Crossfire Hurricane operation and, later, Mueller’s team.

In Barr’s appointment order, he cited the regulations governing special counsels, which note that “the Special Counsel shall be selected from outside the United States Government.” It is unclear how that would square with Durham continuing to serve as a federal prosecutor from Connecticut.

An official with the Justice Department defended Barr’s actions, telling the Washington Examiner that “attorneys general have often appointed prosecutors to act as special investigators, either under the special counsel regulations or outside them.”

The DOJ official said that sometimes attorneys general have picked people from inside the Justice Department, as with Durham’s service as a special prosecutor starting in 2008 and 2009 and former U.S. Attorney Patrick Fitzgerald’s time as special counsel beginning in 2003, and other times the appointees have come from outside of DOJ, as with Jack Danforth’s selection in 1999 and Mueller’s in 2017.

“Each time, the attorney general has made his or her decision based upon the surrounding circumstances and in the interests of the Justice Department,” the DOJ official said. “Here, the attorney general determined that it was appropriate for special counsel Durham, who is in the department, to continue his investigation with the independence and autonomy provided under existing regulations.”

Jerry Nadler, the Democratic chairman of the House Judiciary Committee, also criticized Durham’s selection, saying that “this appointment appears to violate the Department’s own regulations” and arguing that Barr “has once again used the powers of his office to settle old scores for the president.”

The New York Democrat has not yet suggested that Durham could or should be fired by Biden, but he similarly vowed to use his oversight powers to protect Mueller a couple years ago. Biden has not said one way or the other if he will let Durham continue his inquiry.

“The very first thing, obviously, is to protect the Mueller investigation. The president’s dismissal of Attorney General Sessions and his appointment of Whitaker, who is a complete political lackey, is a real threat to the integrity of that investigation. That investigation is of utmost importance in making sure that we adhere to the rule of law and that the administration is held accountable,” Nadler said in a November 2018 appearance on CNN.

Nadler added: “His only qualification seems to be that the president wants him to be the hatchet man to destroy the Mueller investigation … We have to ask the claimed attorney general for assurances that he’s not going to interfere with the investigation by Mueller because the rule of law must be maintained, and no official can be above the rule of law — not the president.”

Mueller released a report in 2019 concluding that the Russians interfered in the 2016 election in a “sweeping and systematic fashion” but “did not establish that members of the Trump campaign conspired or coordinated with the Russian government.” Mueller also laid out 10 possible instances of obstruction by Trump, including aborted efforts to remove Mueller.

Barr said he and Deputy Attorney General Rod Rosenstein concluded there was not sufficient evidence to establish obstruction.

“To restore credibility to the Department of Justice and FBI after this disgraceful episode, people have to be held accountable — either through criminal prosecution or administrative action. I have complete confidence that Mr. Durham is the right man at the right time to be appointed special counsel,” Graham said, adding, “I hope my Democrat colleagues will show Special Counsel Durham the same respect they showed Special Counsel Mueller. This important investigation must be allowed to proceed free from political interference.”

DOJ Inspector General Michael Horowitz released a report in December 2019 that concluded the FBI’s investigation was filled with serious missteps and concealed exculpatory information from the Foreign Intelligence Surveillance Act Court. Horowitz criticized the bureau for at least 17 “significant errors and omissions” in its surveillance of Trump campaign associate Carter Page and for its reliance upon a discredited and Democratic-funded dossier compiled by British ex-spy Christopher Steele.

“Just as I said during the Mueller probe, this investigation should be allowed to continue unimpeded and without artificial timelines,” Grassley said. “Naming Durham as a special counsel ensures that a new administration can’t pull the plug on an ongoing investigation and prevent needed transparency by simply cleaning house. Durham has been appointed under the same authority that established the Mueller investigation, and he should likewise be allowed to complete his important work.”