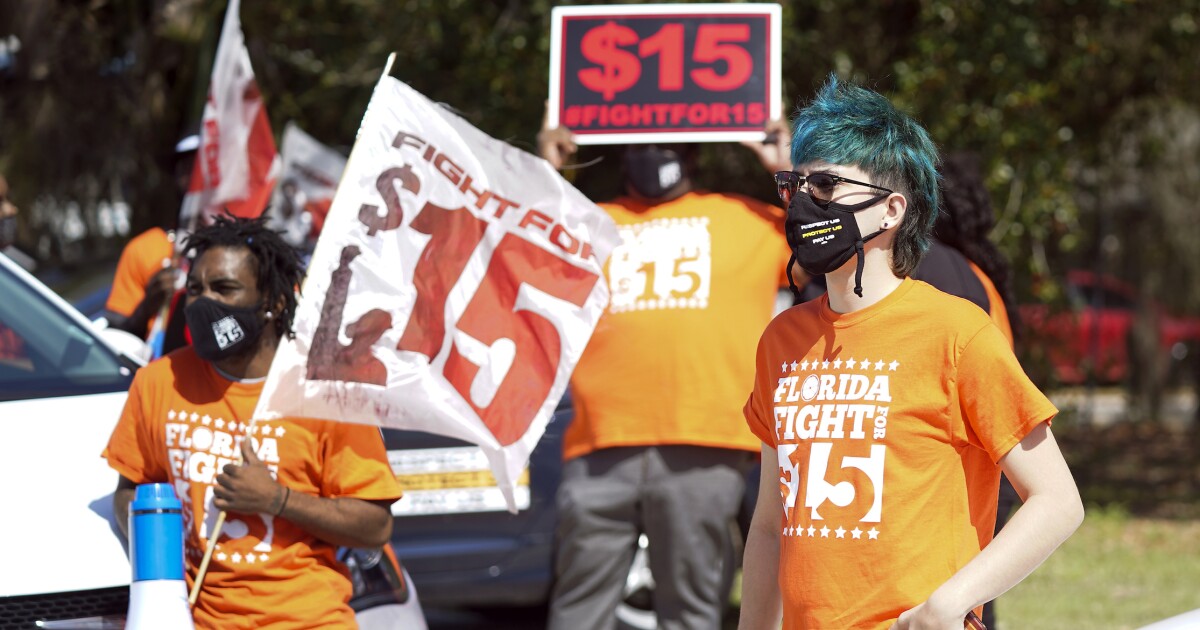 Democrats can try to vote to overrule MacDonough with a majority vote, but some lawmakers in their own party would likely object.

The House on Friday is slated to pass the $1.9 trillion COVID-19 aid package, and it includes a provision to raise the minimum wage to $15 an hour by 2025.

It was not clear late Thursday whether the House will pull out the minimum wage provision before voting on it.

The provision was always at risk of running afoul of the rules of reconciliation, which is a budgetary tactic that allows the Senate to skirt the 60-vote threshold needed to pass legislation.

Democrats will likely end up stripping out the provision, which Republicans and a handful of Democrats oppose. They plan to take up a minimum wage measure in separate legislation.

It will avert a showdown with Democratic centrists, led by Sen. Joe Manchin of West Virginia, who oppose the $15 minimum wage mandate. Manchin has proposed an $11 minimum. A group of Republican senators, including Mitt Romney of Utah and Tom Cotton of Arkansas, have introduced a measure to raise the minimum wage to $10 an hour.