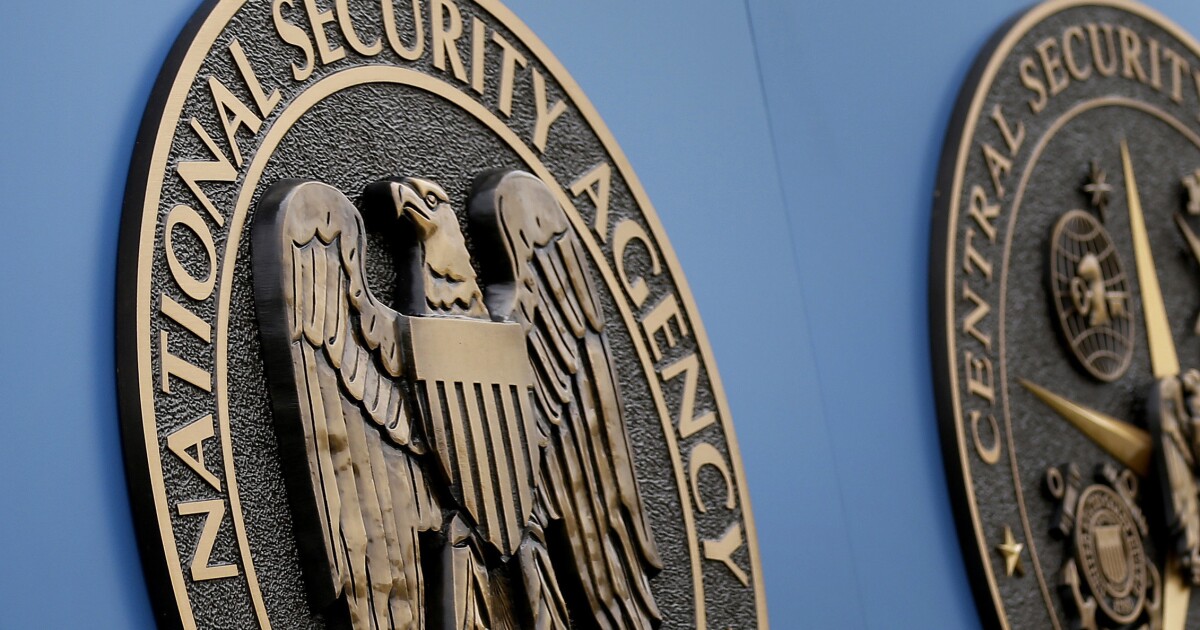 Two top Democratic senators want the Pentagon’s watchdog to investigate the selection of Michael Ellis, seen by many as an ally of President Trump, to serve as the National Security Agency’s chief lawyer.

Sen. Mark Warner, the vice chairman of the Senate Intelligence Committee, and Sen. Jack Reed, the ranking member of the Armed Services Committee, wrote a letter to the Pentagon’s Acting Inspector General, Sean O’Donnell, asking him to “investigate the process for the recent selection for the civil service position of General Counsel to the National Security Agency” because “we have the utmost interest in ensuring the integrity in the selection process for top intelligence officials, and believe it would be improper for any candidate to be sworn into office until such an investigation has been completed.”

The two senators claimed, “The publicly reported facts, if accurate, constitute prima facie evidence of improper political influence in the selection for the top legal position at NSA or, alternatively, indicate possible irregularities which would be of great concern to our committees.”

Warner and Reed added that “the combination of timing, comparative lack of experience of the candidate, the reported qualifications of the other finalists, and press accounts of White House involvement create a perception that political influence or considerations may have played an undue role in a merit-based civil service selection process.” The senators did not include any citations to the press reports they were referencing in their three-page letter.

Pentagon spokesman Lt. Col. Uriah Orland told the Washington Examiner that “we will respond appropriately to the members.” The Defense Department’s office of inspector general declined to comment.

A Trump administration official pushed back on the claims that there was anything improper about the choice.

“The DoD general counsel is the selection authority for the NSA general counsel position. The prescribed hiring process for that position was followed in every respect and an appropriate selection of a qualified and capable candidate was made,” the official told the Washington Examiner. “Any analysis of this hiring should take into account that the last two NSA general counsels appointed in the prior administration had associations with political Administration leadership — one was serving as staff secretary to the prior President when he was appointed; while the other was a campaign finance bundler for the prior President’s campaign — yet were selected for the merit-based position.”

Ellis, a former counsel to Rep. Devin Nunes when he led the House Intelligence Committee, was named the NSA’s new general counsel last week after working under National Security Council legal adviser John Eisenberg during the Ukraine impeachment fight and as the NSC’s senior director for intelligence programs. Ellis joined the NSA amid a Pentagon shake-up, which saw Trump fire Mark Esper and former National Counterterrorism Center Director Christopher Miller take over in an acting capacity. Miller swiftly announced U.S. troop levels would be reduced to 2,500 in both Afghanistan and Iraq by mid-January 2021.

Rajesh De, who served as NSA general counsel from April 2012 through May 2015, had worked as deputy assistant to the president and then-White House staff secretary from early 2011 through April 2012 under President Barack Obama. Before that, he had worked as principal deputy assistant attorney general at the Justice Department, and he is currently the managing partner at the Mayer Brown law firm’s D.C. office. De was named a volunteer member of Biden’s DOJ transition team in November.

Glenn Gerstell, who served as NSA’s top lawyer from 2015 until earlier in 2020, bundled at least $50,000 for Obama’s 2012 campaign, according to the Center for Public Integrity, and donated between $200,000 and $500,000 in federal elections from 1990 and 2012, according to Open Secrets. Gerstell had been a managing partner at the Milbank, Tweed, Hadley & McCloy law firm, and was appointed by Obama to serve on the National Infrastructure Advisory Council beginning in 2011, also serving on the District of Columbia’s Homeland Security Commission. He is now a senior adviser at the Center for Strategic and International Studies.

Gerstell was among 50 former intelligence officials who signed a letter in October claiming the Hunter Biden laptop story “has all the classic earmarks of a Russian information operation” — though the letter admitted that “we do not have evidence of Russian involvement.” Director of National Intelligence John Ratcliffe said “there is no intelligence … that Hunter Biden’s laptop is part of some Russian disinformation campaign.” A federal law enforcement official confirmed to the Washington Examiner that the Justice Department and FBI agreed with Ratcliffe. A senior intelligence official said “there is absolutely zero evidence or intel that the laptop or the information contained therein is a Russian op.”

Warner and Reed asked the Pentagon watchdog to answer a host of questions related to the pick of Ellis, including, “Were safeguards to prevent political appointees from inappropriately ‘burrowing’ into the civil service applied?”; “Is there evidence of White House interference or influence in this selection process?”; and “Was there an independent review by the Office of Personnel Management’s Qualification Review Board of the selected candidate’s qualifications?”

It is not clear that Ellis’s selection would fall under those OPM rules because federal law seems to indicate that the NSA is exempted from the requirement to go through the Qualification Review Board process.

Earlier this year, Ellis was involved with the prepublication review process of former White House National Security Adviser John Bolton’s memoir and concluded that the book contained classified information, which the Justice Department said could also be confirmed by Ratcliffe, NSA Director Gen. Paul Nakasone, and Director of the National Counterintelligence and Security Center William Evanina. In addition, Ellis was reportedly one of the two former White House officials, along with now-acting Under Secretary of Defense for Intelligence Ezra Cohen-Watnick, who alerted Nunes in early 2017 that the communications of Trump associates may have been intercepted during foreign surveillance.