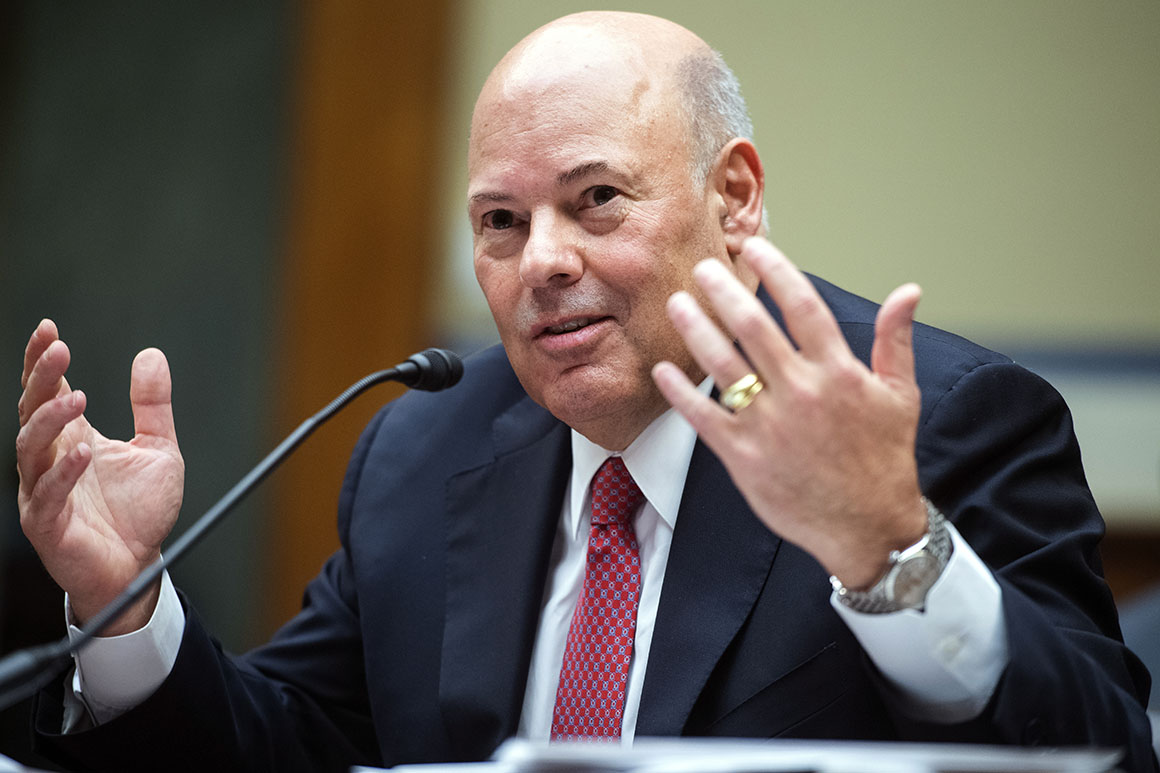 While the postal bill is likely to pass regardless of Comer's vote, thanks to filibuster-proof support among Senate Republicans, losing one of the top relevant committee leaders in both the House and Senate would hurt Democrats’ attempt at bipartisan unity as well as threaten the support of other House Republicans. And given that Comer is set to become the next Oversight chair if Republicans retake the House next year, in charge of subpoenas and other investigative efforts, alienating him on postal reform would start a GOP majority on a rough note for the Biden administration.

Comer and other Republicans argue that Democrats have politicized DeJoy simply because of his ties to Trump and that he has become a punching bag for Democrats because of the tough financial cuts he's made to stop financial losses at USPS. A DeJoy successor who won’t make the tough calls needed to make USPS self-sustainable is untenable to Comer, who wants clarity from Biden on any possible replacement.

DeJoy's predecessor, Megan Brennan, failed to meet her self-imposed deadline for delivering a 10-year business plan to the committee in 2019. At that time, the Oversight chair and ranking Republican aired frustration with her amid their work on a bipartisan plan for USPS reform.

But Comer's concerns about DeJoy's removal may be premature. Several sources who work closely with USPS, speaking candidly on condition of anonymity, downplayed concerns about an imminent ouster, given that nomination hearings for Biden's postal board nominees are months away. Postal reform legislation, by contrast, can move faster through Congress if its support remains bipartisan.

Still, there are some signs that the Biden administration is looking to shake up USPS leadership. Of particular concern to Comer: Biden has nominated Daniel Tangherlini, who led the General Services Administration under former President Barack Obama, to replace Ron Bloom, the USPS board’s current chair.

Bloom is a Democrat who had expressed a desire to remain on the board, but Biden opted not to appoint him to a second term. That decision was made after Bloom backed DeJoy amid his cost-cutting measures, according to two people close to Postal Service leadership.

The partisan composition of the USPS board might not change too much following Biden's appointments; one of his pending nominees, Derek Kan, was a Republican appointee. The board cannot have more than five of its nine White House-appointed governors belonging to the same political party.

The White House declined to comment on Biden's intentions and instead pointed to White House press secretary Jen Psaki's remarks from a November press briefing, during which she noted that the president does not have the authority to fire the postmaster general. However, Psaki emphasized that the White House was concerned with DeJoy's leadership.

The postal reform legislation Comer and Maloney worked on would ensure that the USPS is no longer required to pre-fund its retiree health benefits. It would also provide for eligible postal employees to enroll in Medicare. Additionally, the legislation would require the Postal Service to maintain its standard of delivering mail at least six days a week — a response to some lawmakers’ concerns about service cuts.

The usually inconspicuous USPS board has jurisdiction over the agency’s policies, spending and long-term planning, and faced serious scrutiny shortly before the 2020 election, when the then-governors — all Trump appointees — selected DeJoy, a major Trump donor, to helm the Postal Service. Democrats then accused DeJoy of attempting to sabotage mail-in voting in the election, which a USPS watchdog is probing.

DeJoy was supportive of the draft reform legislation during February testimony before the House Oversight Committee and also has moved to implement a pilot postal banking program, a longtime goal of progressives. For Comer, that engagement means he's doing the work that has long been needed at USPS.

“We don't have a lot of interest in giving the Postal Service more money without seeing necessary reform. So is Joe Biden going to put in another incompetent bureaucrat or is he going to try to put in someone that's actually going to implement [reform]?” Comer asked.

“I have never heard,” Maloney said. “I just left him in a committee meeting. He didn't mention that — did he mention it to you?”

The bipartisan legislation was introduced in the Senate by Sen. Gary Peters (D-Mich.) and Sen. Rob Portman (R-Ohio) earlier this year, and it now has over two dozen bipartisan cosponsors in the Senate. The bill, however, has not yet advanced further in the Senate panel. The House Oversight Committee advanced its version of the bill in July.

David Partenheimer, a USPS spokesperson, underscored that postal reform legislation was integral to the agency’s recovery plan. He added that the existing year-end legislative priorities appeared to be the “chief obstacle preventing its near term floor consideration.”

““This is the most significant action that Congress could take to influence the financial sustainability of the Postal Service, and as currently drafted the reform bill has achieved the highest bipartisan co-sponsorship yet for postal reform,” Partenheimer said in a statement. “We look forward to this bill moving to the house and senate floor as soon as possible in 2021 or early 2022.”

When asked for comment, a Senate Democratic aide on the Homeland Security and Governmental Affairs Committee speaking on condition of anonymity defended the bill: “We expect to continue to work productively to pass it. We're confident that Democrats are unified.”

The office of Portman, the top Republican on the committee with jurisdiction over USPS, declined to comment.

The postal legislation would come at a dire time for the quasi-government agency. In a March report, the Postal Service said it had lost $87 billion over the last 14 years and announced a plan to reverse projected losses of $160 billion over the next 10 years. That 10-year plan included, among other initiatives, legislative fixes like the elimination of the pre-funding requirement.

The overhaul plan also counts support from major postal unions, which have pushed for the removal of the pre-funding requirement.

“The best thing Congress can do for the United States Postal Service and the people it serves is to bring this bill to the floor,” said Fredric Rolando, president of the National Association of Letter Carriers.

CORRECTION: An earlier version of this report mischaracterized Louis DeJoy's ties to former President Donald Trump. Trump did not name him to the Postmaster General role.