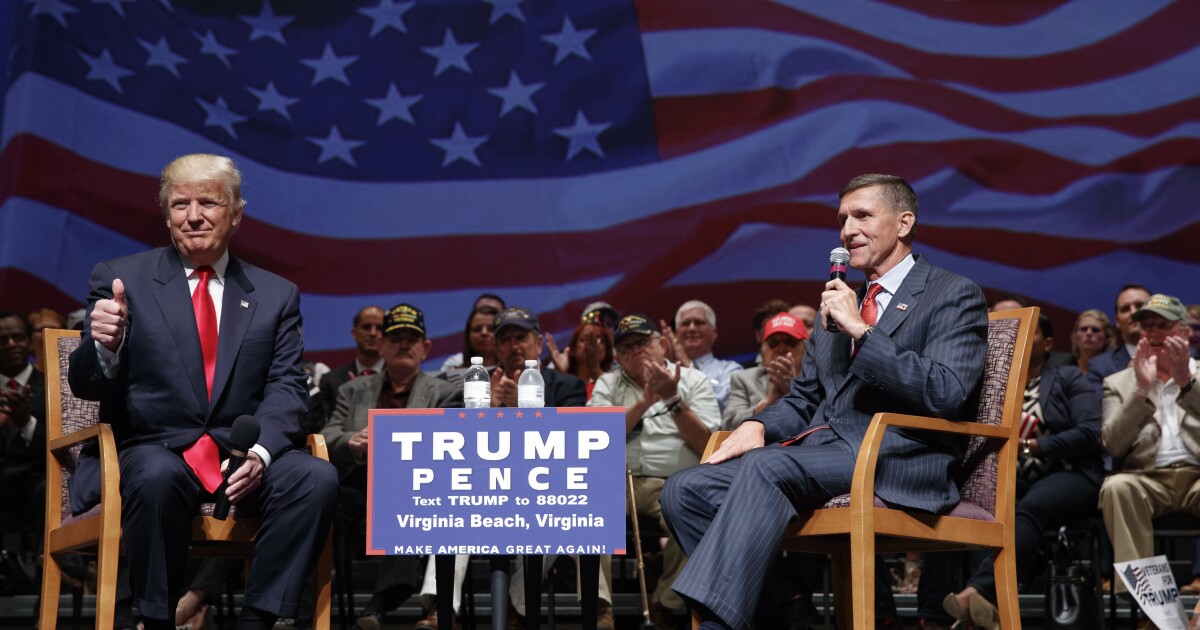 Svetlana Lokhova, a Russian-born British citizen, claimed in a 2019 lawsuit filed in the U.S. District Court of Eastern Virginia that Halper “embroiled an innocent woman in a conspiracy to undo the 2016 presidential election.” At Cambridge University, Halper worked alongside MI6's Sir Richard Dearlove and MI5 historian Christopher Andrew. Together, they founded and organized Cambridge Intelligence Seminars, including one in 2014 attended by Flynn, then-President Barack Obama’s Defense Intelligence Agency director.

Lokhova attended as a graduate student and claimed Halper used this dinner to spread false rumors about her and Flynn. Halper demanded the federal court have claims labeling him a “spy” dismissed and called Lokhova’s accusations “implausible conspiracy theories.” The lawsuit was dismissed last February, but Lokhova appealed. Her name was unredacted in the new FBI records.

According to FBI notes released by Just the News after former President Donald Trump declassified them, Halper met with FBI agent Stephen Somma on Aug. 11, 2016, telling the bureau about “an incident s/he witnessed when Crossfire Razor spoke at” Cambridge. The FBI informant said that “after CR spoke and socialized with [Source ID] at dinner and over drinks, [Source ID] got CR a cab to take CR to the train station to bring him/her to London.” Halper “stated that a woman, Svetlana Lokhova, surprised everyone and got into CR’s cab and joined CR on the train ride to London” and “recalled that Lokhova ‘latched’ onto CR.” The FBI informant was “suspicious of Lokhova” and “believes that Lokhova’s father may be a Russian Oligarch living in London.”

Halper told the FBI the next day “that there was a representative from CR’s organization there from a local military base” and claimed, “Svetlana Lokhova got into the cab with CR at [Source ID] and then joined CR on the train to London.”

The FBI opened its Crossfire Razor sub-file on Flynn on Aug. 16, 2016 — a few days after meeting with Halper.

Lokhova denied the claims by Halper in her 2020 book, Spygate Exposed.

“My life was taken over by false allegations fabricated in the plot against Donald Trump,” Lokhova wrote. “According to the lies, I am General Flynn’s ‘Russian girlfriend’ and that lie is the reason that the FBI opened up a counter-intelligence investigation on General Flynn.”

In February 2017, Andrew wrote in the Sunday Times that at the dinner, Lokhova showed Flynn “extraordinary documents she had found in Stalin’s private papers.” Andrew claimed, “Flynn invited the student to accompany him on his next official visit to Moscow to help with simultaneous translation.” Lokhova says she unearthed declassified Communist Party records but didn't have exclusive access to them. She said Dearlove and Andrew were at the dinner, but Halper was not.

A Wall Street Journal report in March 2017 said Flynn “interacted” with Lokhova and that it was “a contact that came to the notice of U.S. intelligence.” The report said Flynn “was expected to notify officials about any contacts with foreigners he didn’t know.” Also in March 2017, a Guardian report said that “Flynn’s erratic conduct had troubled U.S. intelligence officials for some time” and “one concern involved an encounter” with Lokhova.

“This is a false story,” Flynn spokesman Price Floyd said at the time. “The inference that the contact between General Flynn and a Russian national described in this story should be seen in any light other than incidental contact is simply untrue.” Lokhova’s husband, David North, said she “had a 20-minute public conversation” with Flynn, but they “have not met or spoke since.” Lokhova filed her lawsuit against Halper, the Wall Street Journal, the New York Times, the Washington Post, and MSNBC.

William Barnett, the FBI agent who handled Flynn's case in 2016 and 2017, called the Trump-Russia investigation “Collusion Clue” and argued many investigators were out to “get Trump.”

Barnett spoke with Justice Department investigators in 2020 and said Halper's claims were “potentially significant and something that could be investigated.” But, the document said, “intelligence analysts did not locate information to corroborate this,” and Barnett found the story “not plausible.” The Department of Justice said, “With nothing to corroborate the story, Barnett thought the information was not accurate.”

Flynn thought the media reports were “ridiculous,” according to declassified notes from his interview with special counsel Robert Mueller’s team in November 2017. He “did not have any other interaction with her during that trip, or on any other occasion” and said he “walked back to the school’s hotel” after the dinner.

An FBI email from April 2017 showed an unnamed person shared the Guardian story with FBI special agent Peter Strzok, saying, “I’m sure you are tracking, but this has gotten too deep.” Strzok replied, “I wasn’t. WTF is this…” He forwarded it to FBI lawyer Lisa Page, saying, “Not great.”

David Kramer, a former State Department official, testified to the House Intelligence Committee in 2017 that British ex-spy Christopher Steele, who authored the discredited dossier of salacious and unproven Trump-Russia collusion claims, “believed that Mr. Flynn had an extramarital affair with a Russian woman in the U.K.”

Mueller’s 2019 report said Russia interfered in 2016's election in a “sweeping and systematic fashion” but “did not establish” criminal conspiracy between Russians and Trump's campaign.