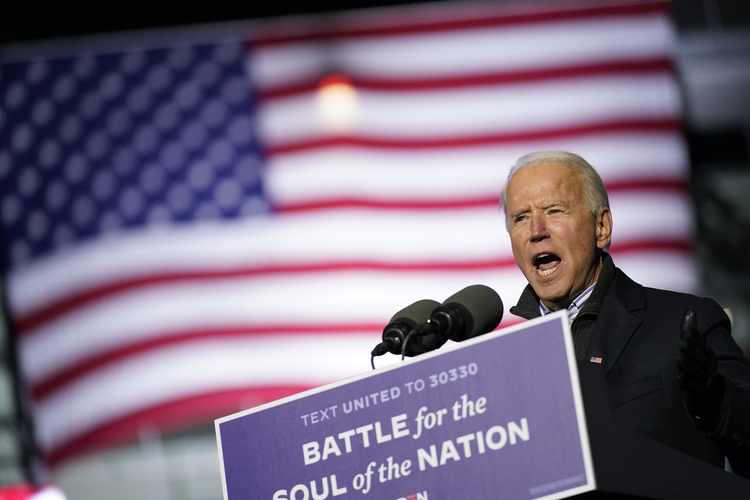 One of the most turbulent elections in the nation’s history is over, but the economic results for states and cities are yet to be determined. States and local governments need federal aid to restore budgets shredded by the coronavirus pandemic, and a stimulus bill to provide such assistance is an uncertain prospect in a lame-duck Congress with a president in denial about the election’s outcome.

But President-elect Joe Biden announced five days after the election that aid for these hard-pressed entities would be part of the economic program he submits to Congress soon after he takes office on Jan. 20. “We’re going to have another stimulus bill, perhaps in December and certainly by the early days of the Biden administration,” wrote Donald F. Kettl in Governing magazine.

The Washington Post reported that Biden might insert himself into the discussions on a new stimulus bill that reportedly will be led by Senate Majority leader Mitch McConnell. House Speaker Nancy Pelosi has said she is open to negotiations on a new stimulus package, but the White House has not indicated whether President Trump remains committed to it.

The nation has an enormous stake in federal aid to states and cities. Without such assistance, the Economic Policy Institute estimates that 5.3 million state and local jobs will be lost by the end of 2021, exceeding job losses of the Great Recession and deepening – or creating – another economic downturn.

States alone face a $550 billion shortfall in fiscal 2022 because of lost revenues during the pandemic from sales, income, and other taxes. In attempts to limit the spread of COVID-19, more than 40 states issued stay-at-home orders, and all 50 states imposed restrictions on businesses.

On March 27, Trump signed into law the Coronavirus Aid, Relief and Economic Security (CARES) Act, unanimously passed by Congress, which included $150 billion in loans for state, territorial and tribal governments. But the CARES Act restricted spending of this money to items directly attributed to the pandemic.

States were left to fend for themselves on revenue losses. Most have done so by tapping rainy-day funds and laying off employees; without more federal aid these layoffs are likely to become massive and permanent in the 2021-2022 fiscal year.

Republicans and Democrats differ on the necessity of aid to states and cities. In September the Senate tried to pass a scaled-down $300 billion stimulus measure that required 60 votes and contained no aid to states and cities; Democrats killed it. In October, led by Pelosi, the House passed a $2.2 trillion stimulus bill providing $436 billion for states; McConnell blocked Senate consideration of the measure.

Meanwhile, Wall Street became supportive of another stimulus package. As David Ellison, a portfolio manager at Hennessy Funds, explained to Quartz: “The market views the stimulus [as] a bridge to a vaccine, to keep businesses solvent, to keep credit issues low, to keep unemployment from really showing up in consumption.”

From Wall Street’s perspective the election promises the better of two worlds: a Democratic president who will calm markets roiled by trade disputes and a Republican Senate that will resist any tax increases proposed by Biden. GOP control of the Senate is almost — but not quite — assured. Republicans have a 50-48 lead in the chamber, with two seats in Georgia still to be decided in Jan. 5 runoffs. If, as expected, Republicans win at least one of these seats, they will continue in control of the Senate.

If Democrats win both Georgia seats, the chamber would be knotted up at 50-50 and Vice President-elect Kamala Harris would break the tie in favor of the Democrats.

The Senate elections were a disappointment for the Democrats, who failed to beat Republican incumbents in Iowa, Kentucky, Maine, Montana, North Carolina and South Carolina.

Democrats fared even worse in the House. Before the election, the respected Cook Political Report projected that they would gain from 10 to 20 seats; instead, they lost half a dozen seats, leaving Pelosi with her narrowest majority in 18 years.

As the New York Times explained the outcome, Democrats expected that suburban voters’ distaste for Trump would trickle down the ballot, allowing them to make inroads in conservative districts and protect many of their own vulnerable incumbents. But as of Tuesday, Democrats had won just a single Republican-held House seat while losing as many as seven seats in rural and working-class districts where Trump is popular, including in New Mexico and Oklahoma in what the Times said “amounted to a series of stunning and painful defeats.”

Democratic hopes were also dashed in state races. They failed to win the House in Arizona, Iowa, North Carolina, Michigan, Pennsylvania and Texas, prizes that seemed within reach when the election cycle began. Republicans also held the senates in Arizona and North Carolina, both of which had been targeted by the Democrats.

The only change in legislative control was in New Hampshire, the nation’s most ticket-splitting state. Biden won easily, as did Democratic U.S. Sen. Jeanne Shaheen and two Democratic House members.

But popular Republican Gov. Chris Sununu was reelected by a nearly 2-1 margin, and Republicans captured both chambers of the Legislature from the Democrats, who had won control in 2018. Only one governorship changed partisan hands and this, too, favored Republicans. In Montana, Greg Gianforte handily defeated Mike Cooney, the Democratic nominee. They ran for an open seat vacated by the term-limited Steve Bullock.

Overall, this was an illusion-shattering election. It’s an axiom of U.S. politics, accepted by both Biden and Trump, that a large turnout favors Democrats. But Democrats fared poorly at every level except the one that mattered most — the presidency — in an election with a massive turnout of 66.4 percent, according to Michael McDonald of the U.S. Election Project. In percentage terms, this was the highest turnout since 1900.

Total turnout in the 2020 election is projected to top 161 million when all votes are counted. As of Friday, Biden had received 78,071,890 votes and Trump 72,700,030 votes, according to Cook Political Report. The results suggest that many Republicans deserted Trump but otherwise voted a straight GOP ticket, which hurt the Democrats.

Another inescapable conclusion is that the nation remains starkly divided between the two parties. “Increased turnout floated all boats,” said Wendy Underhill, director of elections and redistricting for the National Council of State Legislatures. “The election shows that the electorate is evenly divided — but not evenly distributed across the states.”

Modesty in analysis of the election is advised. Almost no one, including this journalist, predicted that Trump would lose decisively while Republicans were otherwise making important gains.

Nate Cohn of The New York Times analyzed the 2020 polling, including the polling done by his newspaper with Siena College, and concluded that the pollsters had corrected the errors they made in the 2016 election — but made entirely new errors this year.

For states and cities, the results won’t be known until the Biden administration provides its promised aid — if indeed the Senate allows it to do so.

Lou Cannon is editorial adviser and columnist for State Net Capitol Journal, a Lexis-Nexis publication. He previously worked for The Washington Post and is author of “President Reagan: The Role of a Lifetime.”