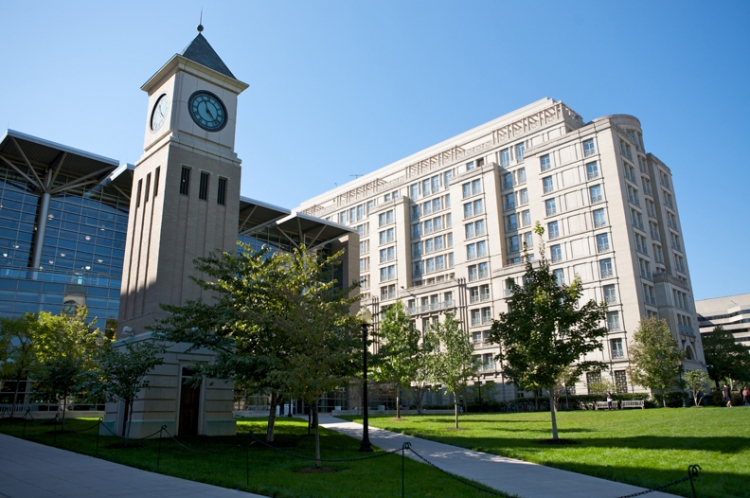 A Georgetown law professor has been fired for allegedly being racist in her evaluation of Black students. In remarks captured on video, Sandra Sellers explains that “she hates to say this” but in evaluating her students’ performance she experiences “angst every semester that a lot of my lower [performing students] are Blacks.” Later in the video, Sellers clarifies in speaking with Professor David Batson that “almost every semester” she has some really high performing Black students but that “there are also usually some who are just plain at the bottom. It drives me crazy … so I feel bad.”

Professor Batson’s appearance in the video — although he says nothing — resulted in his being placed on administrative leave pending an investigation by the Georgetown Office of Diversity, Equity and Affirmative Action. Batson has since resigned.

Georgetown Law Dean Bill Treanor wrote in a message to the Georgetown community that his disciplinary actions were the result of, among other things, “the many structural issues of racism reflected in this painful incident.” Dean Treanor doesn’t specify what exactly is racist in the incident, so allow me.

A structurally racist element of higher education for decades has been the use of racial preferences in higher education admissions. These preferences are not the kind of implicit bias taught in critical race theory trainings; instead, this is good old-fashioned racism sanctioned by the Supreme Court of the United States.

For over 40 years, the court has affirmed the constitutionality of this practice, called “affirmative action” by its supporters, on the basis that it “further[s] a compelling interest in obtaining the educational benefits that flow from a diverse student body.” So long as a school’s use of race preferences is judged by five out of nine justices of the Supreme Court to be “narrowly tailored” to advance this interest, it is not prohibited by the equal protection clause of the 14th Amendment to the U.S. Constitution. Georgetown University is committed to affirmative action.

In a case called Grutter v. Bollinger (2003), Justice Sandra Day O’Connor, writing for the majority of the court in upholding this diversity rationale, uses the word “benefits” more than a dozen times but never the word “costs.” A report released in January of this year by the Center for Equal Opportunity — for which I serve as president and general counsel — identifies some of the enormous costs of racial preferences.

The report, and many more before it, shows that some colleges give massive preferences to underrepresented minorities (URMs) in the admissions process — applicants who, on academic qualifications alone, are woefully uncompetitive with other applicants. These applicants therefore become academically mismatched.

The report finds that once these applicants matriculate, they are much more likely than their non-academically mismatched peers to drop out, take longer to graduate, and struggle to keep pace academically and to cope psychologically. Moreover, the report reads, the costs that URMs bear when they are academically mismatched for the sake of diversity flow to non-URM students and faculty, as well. Among other factors, non-URM peers and faculty express “unhappiness with students’ preparedness” and “the [diminished] quality of the education provided.” This is to say nothing of the pernicious stereotypes about Black people that are perpetuated by placing Black students in an environment where they themselves, their peers, and professors witness them struggle academically.

Could Professor Sellers have simply been expressing her “angst” over the mismatch that she sees harming her students? Is Professor Sellers really a racial bigot or is she a concerned educator? Reasonable minds can disagree, I suppose, but we may never know for sure — she tried to cancel herself by resigning (but was fired first).

The Supreme Court has an opportunity before it to revisit the decision in Grutter. The court is considering a petition to hear the case of Students for Fair Admissions v. Harvard, which challenges the school’s race-discriminatory admissions system. The crux of petitioners’ grievance is that Harvard downgrades much better academically qualified white and Asian applicants in favor of less academically qualified Black and other minority applicants. The court should grant the petition to hear the Harvard case and outright prohibit the use of racial preferences in college admissions.

Devon Westhill is president and general counsel for the Center for Equal Opportunity.

Democrats' Covid Overreach and the Delta Strain of Freedom

Biden To Name Jessica Rosenworcel As First Female Chair Of The...

Democrats' Covid Overreach and the Delta Strain of Freedom