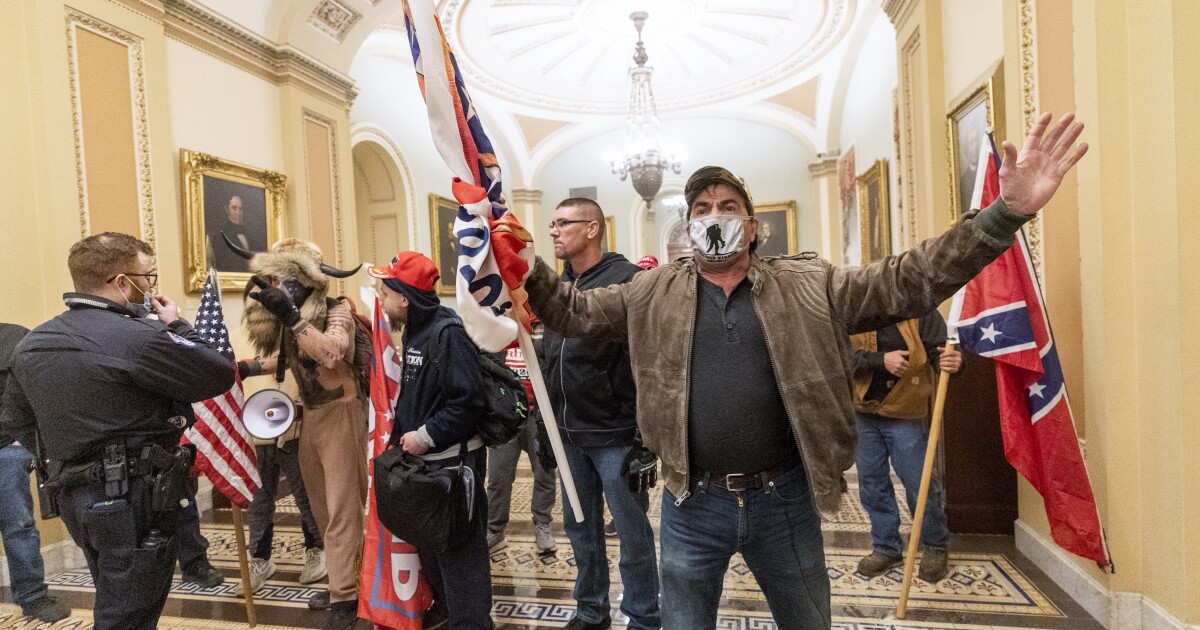 Hours after a “Stop the Steal” rally with President Donald Trump, protesters from the rally rushed into the U.S. Capitol, singing the National Anthem and forcing both chambers of Congress to pause debate on certification of Electoral College results in the 2020 presidential election.

Speaking to Hunter Walker of Yahoo News, a Knoxville woman said she was maced as she tried to enter the Capitol.

“We're storming the Capitol. It's a revolution!” the woman said.

Besieged in the House and Senate chambers, members of Congress were instructed to don emergency gas masks and escorted to undisclosed locations to take shelter.

Both of Tennessee’s U.S. senators and six of the seven republican House members were part of the effort to object to Electoral College results, but every member of the delegation spoke out to condemn the violence Wednesday afternoon.

“I have always believed in peaceful protesting. What is happening at the U.S. Capitol right now is not peaceful, this is violence,” tweeted Sen. Bill Hagerty, who was sworn in Sunday. “I condemn it in the strongest terms. We are a nation of laws and this must stop.”

“These actions at the U.S. Capitol by protestors are truly despicable and unacceptable,” Blackburn tweeted. “While I am safe and sheltering in place, these protests are prohibiting us from doing our constitutional duty. I condemn them in the strongest possible terms. We are a nation of laws.”

Democratic Congressman Steve Cohen of Memphis shared his experience, describing being locked inside the House chamber as protesters entered the Capitol building and wearing a gas mask as he sought shelter.

“Where is Generalissimo Trump? Call off your revolutionary troops. You are at war with America!” Cohen tweeted from the House chamber around 3 p.m. EST.

“Trump has been egging this on for months. And he won’t stop,” Cohen wrote. “He is not acting as President of the United States he’s acting as a sick narcissistic hurt and wounded loser.”

Barricaded in his office, Nashville Congressman Jim Cooper wrote “this is a dark day for America,” sharing that he and his staff were safe.

All members of Tennessee’s delegation shared on social media that they were safe.

After the Washington, D.C., National Guard responded to the situation, the Capitol Sergeant at Arms announced that the Capitol was secure at about 5:30 p.m. local time.