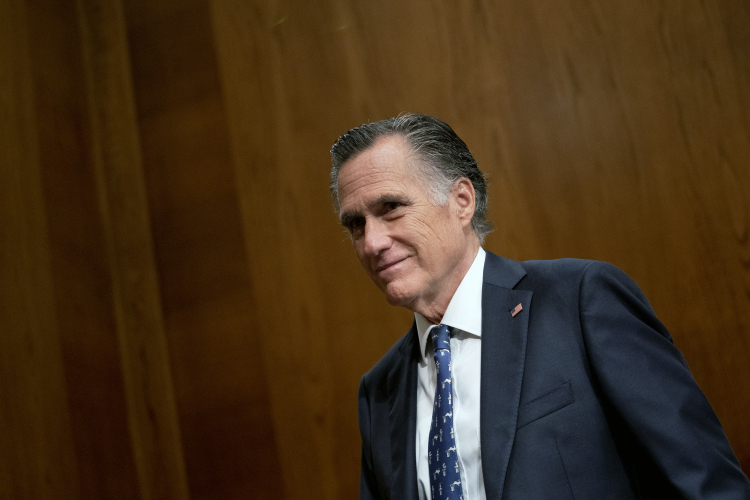 Without knocking prudence, however, shouting “Stop!” is only a smart strategy when you’re ahead. It doesn’t help when you’re losing.

In the 21st century, the right has lost control of every important American institution. Academia, K-12, the media, Silicon Valley, Hollywood, Wall Street, the civil service, the unions, most professional organizations, and corporate boardrooms. Even the top military brass trip over themselves flaunting their woke credentials.

Conservatism—Bill Buckley’s version of it, anyway—is dead. It’s just as well. It failed to conserve much of anything. A movement standing athwart history and yelling stop in 2021 will remember four score and seven only as the number of genders.

There’s precious little in contemporary American life worth conserving. There’s a tremendous amount to cherish, however, in this country’s grand traditions. What America needs today is a counterrevolutionary restoration.

And that’s a problem. The GOP has spent decades promoting respectable, cautious, incrementalists like Mitch McConnell, John Roberts, and Kevin McCarthy—fine men blessed with none of the skills necessary to lead a counterrevolution.

Worse, conservatism has always held a particular attraction for people who view prudence, risk-aversion, reverence, and obedience as virtues. These traits are as overrepresented among rank-and-file Republicans as they are within party leadership. America’s “Great Awokening” has thrown them into a state of deep inner turmoil. After all, a corrupted American institution is still an American institution. Even when all available evidence screams that institutional leadership has betrayed America, noncompliance feels wrong.

Such feelings, though laudable in other settings, are self-defeating when a society’s elite institutions and authorities have turned against its own people—as they have in the United States today. Current circumstances call for a very different personality type: bold, irreverent, eagerly noncompliant, and hypervigilant of the corruption that can render even legitimate authority unworthy of respect.

People possessing such traits have typically gravitated toward the political left, where their in-your-face attitude is valued, lauded, and rewarded. Until fairly recently, they’ve been in short supply on the right—and even then, relegated to a periphery reserved for the unseemly.

That’s why we often see woke leftists challenge the minor impurities of woke authorities, while conservatives comply dutifully with authorities whose instructions make them cringe.  The combined message to American institutions is clear: Life is safer, cheaper, and calmer if you go woke.

With that message broadcast across America, the left will win in a rout. If the right wants to fight, it’s going to have to jettison its collective conservative temperament and embrace personalities capable of leading a restorationist movement.

That movement, already underway, explains much of the internal tension roiling the GOP. The Tea Party broke open the old, cautious Republican Party in 2010. Energetic activists far more interested in radical restoration than in conservative incrementalism began to come forward. In 2015, Donald Trump—a man no one has ever accused of prudence—seized the mantle that had seemed destined for the tonally conservative Jeb Bush.

Trump turned counterrevolutionary restorationism into a true force on the right, in uneasy partnership with prudent conservatism. Many heavyweights who resented the transition chose to lay low, hoping to ride it out. Others—Mitt Romney, Liz Cheney, and the NeverTrumpsters—preferred to lean woke while waggling a schoolmarmish finger in all directions.

Will the restorationism that Trump pioneered become a lasting political force? Or will it remain tied to his unique personality and disappear when he leaves the scene? The answer will define the future of the GOP—and the future of America.

If Trump can forge this younger generation into a sustainable restorationist movement, he will emerge as one of the most consequential figures in American history. If not, he will be remembered as a controversial speedbump on America’s glidepath into wokeness.

These questions will play themselves out over the next few years. By 2025 (at the latest) we will know whether America’s political right has reshaped itself into a counterrevolutionary force committed to restoring America’s great and exceptional traditional ideals—or settled comfortably into its role as designated finger-wagger of the woke era.

Bruce Abramson, PhD, JD, is a principal at JBB&A Strategies and B2 Strategic, a director of the American Center for Education and Knowledge, and author of the forthcoming book “The New Civil War: Exposing Elites, Fighting Utopian Leftism, and Restoring America” (RealClear Publishing, 2021).