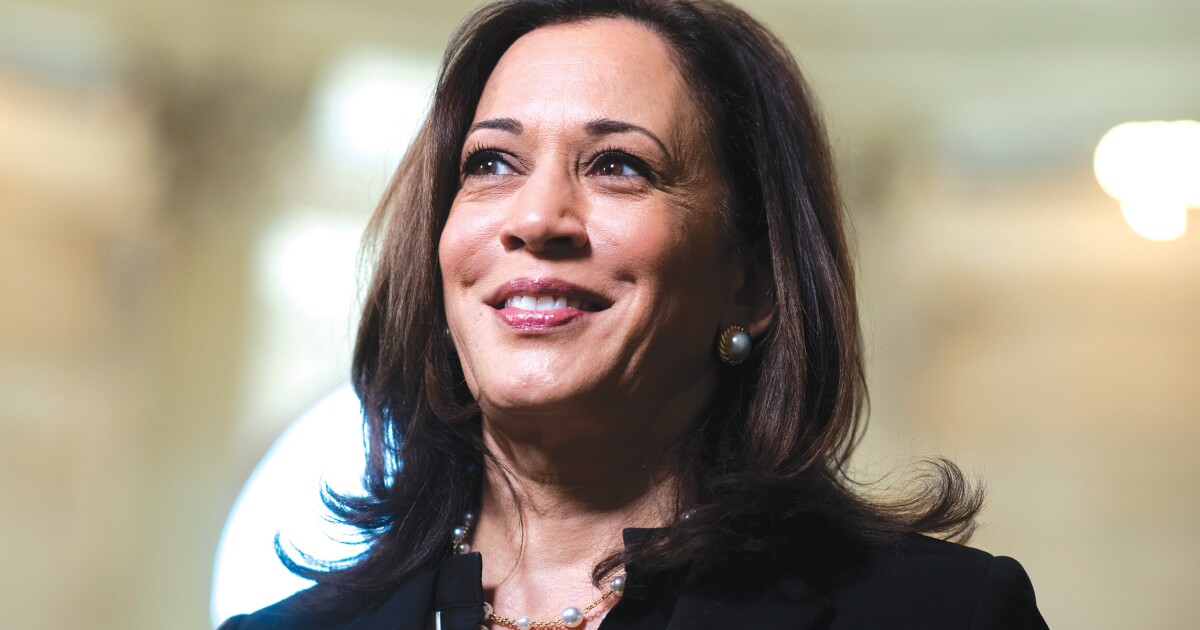 President Biden ran a campaign focused on the rhetoric of unity, but the first substantive choice he made after winning the Democratic nomination was to select as his running mate the most liberal member of the United States Senate: Kamala Harris. That choice was even more confusing to those who knew little about what Harris truly meant to do in office.

Who is the vice president? She was well-known in Northern California politics for years before rising to national attention in 2016 with her election to the Senate, but she has faced little national scrutiny, and most coverage has been favorable. Dan Morain’s new biography, Kamala’s Way, helps fill in the gaps. A clearly sympathetic account, the book makes no pretense of impartiality, but it does work to give the reader a fuller picture of Harris’s life and career.

In the acknowledgments section, Morain notes that he wrote the book “during September and October” of 2020, which means that readers should temper their expectations. The author had little time to do more than interview those who wanted to be interviewed. Harris and her family were not among that group, and neither was anyone with anything negative to say about her. After all, who in California politics would be interested in criticizing a rising star, one who may be president someday?

Where Morain’s work is more informative is in describing Harris’s rise to prominence in California, increasingly a one-party state. As Morain shows, dominance by one political party does not make a state’s politics more harmonious. In California, the intraparty fights among Democratic factions and political machines are every bit as fierce as those between Democrats and Republicans in other states.

Willie Brown, the man who got Harris’s foot in the door of Bay Area politics, figures large in this account. In contrast to Harris’s own book, which mentions Brown not even once, Morain describes the relationship between the two approvingly, starting in 1994, when Harris began dating Brown, then the speaker of the California State Assembly and a married man. “The relationship was imbalanced,” Morain writes. “He was thirty years her senior. But they shared the common traits of drive and intelligence, and they both rose from little to attain a great deal.”

It is true that Brown “rose from little” to become one of California’s most important political bosses. Brown came from the Jim Crow South, worked his way through college and law school, represented poor clients in San Francisco, became involved in civil rights, and eventually won office. He won his first election in 1964, the year Harris was born. It is an inspiring success story, but it is quite different from Harris’s beginnings as the daughter of two professors.

Brown mixed the personal with the political when it came to Harris. In 1994, he appointed her to the California Unemployment Insurance Appeals Board, which paid $97,088 a year, and later to the California Medical Assistance Commission, which paid $72,000 per year. That sort of political corruption is common, especially in one-party states, but neither Harris nor Brown appear to have suffered any repercussions from it.

By the next year, Harris and Brown split. When her appointments ended, Harris returned to her job at the Alameda County District Attorney’s Office. In 2003, when she was running to be the district attorney of San Francisco, she cast her old companion and his influence as irrelevant: “His career is over,” Morain reports her telling SF Weekly. “I will be alive and kicking for the next 40 years. I do not owe him a thing.” It was not gracious, but as Finley Dunne said, “Politics ain't beanbag.”

After becoming the attorney general of California in 2011, she became friendly with many of her counterparts from other states, including Delaware’s attorney general, Beau Biden. By all accounts, they formed a genuine friendship, but it was one that also offered political advantages. Biden died of cancer in 2015, but his father, then-Vice President Joe Biden, honored Beau’s memory by giving a speech at the California state Democratic convention in 2016, when Harris was a candidate for Senate. He praised her in the warmest possible terms, and she won the party’s endorsement over fellow Democrat Loretta Sanchez, later coasting to winning the election.

Three years later, Biden and Harris were candidates for the presidency. Harris looked to better her standing by attacking the popular former vice president directly at a June 2019 debate. She criticized Biden’s praise of the former pro-segregation Sens. Strom Thurmond and Robert Byrd. “And it was not only that,” Harris added. “But you also worked with them to oppose busing. And, you know, there was a little girl in California who was part of the second class to integrate her public schools, and she was bused to school every day. And that little girl was me.”

Calling a candidate a segregationist in 2020 is explosive enough, but from an erstwhile ally and friend, it was a shock to Biden. It also didn’t work. Online leftists roared with delight, but Harris’s standing in the polls saw only a fleeting boost. Further, the issue was confusing: After getting the nation talking about forced busing, an issue from the 1970s, Harris seemed to have no idea where to go with it. Morain writes, “Her spokesman said she supported busing as a method for school integration but ‘declined to provide additional information.’ After raising the issue, she was dodging the issue.”

Morain, like Harris, also elides the difference between desegregation and forced busing. In claiming to have helped “to integrate her public schools,” Harris cloaked herself in the hallowed memory of the civil rights movement. Unlike Brown, however, Harris did not grow up in a world of legal segregation. Neighborhoods in Berkeley were and are not perfectly mixed, but the Berkeley school district was never segregated by law, and the town, then and now, had a single high school attended by students of every race. According to a 1970 report by the Center for Urban Education, Harris’s school, Thousand Oaks Elementary, was 10% black before the district chose to implement busing and 40% black afterward. This was a significant change but still a matter of degree.

The episode typifies some themes in Harris’s life, some of which Morain notes, and some he does not. She is good at making a media splash. Her attacks on Biden, similar to her attacks on then-Supreme Court nominee Brett Kavanaugh, were the toast of social media, but on closer inspection, they were full of half-truths, blind alleys, and muddled thinking. The busing comments also showed Harris's willingness to knife an ally. All politicians are ambitious, but some are better than others at hiding it. One is meant to feign indifference to the spoils of political life. Harris’s ambition was always too clear. Against Biden’s hand-wringing acceptance of the call to one last campaign, she never had a chance.

Even so, she was rewarded with the vice presidency, which accords with a third theme of her political life: making bad choices and suffering no consequences. Biden, after committing himself to a female running mate, selected Harris, even though Sens. Elizabeth Warren of Massachusetts and Amy Klobuchar of Minnesota and former Hawaii Rep. Tulsi Gabbard all performed better than Harris in the primary. We may never know why, but he covered Harris’s mistake and, like Brown, helped her career along even after she turned her back on him.

In politics, as in life, it helps to be in the right place at the right time. Had George Floyd been killed in Berkeley rather than in Klobuchar’s hometown, Klobuchar, not Harris, might well have been the tough prosecutor-turned-senator who became the nation’s 49th vice president. But events intervened, and Harris floated to the top. That’s Kamala’s Way.

Kyle Sammin is a lawyer and writer from Pennsylvania and the co-host of the Conservative Minds podcast. Follow him on Twitter at @KyleSammin.