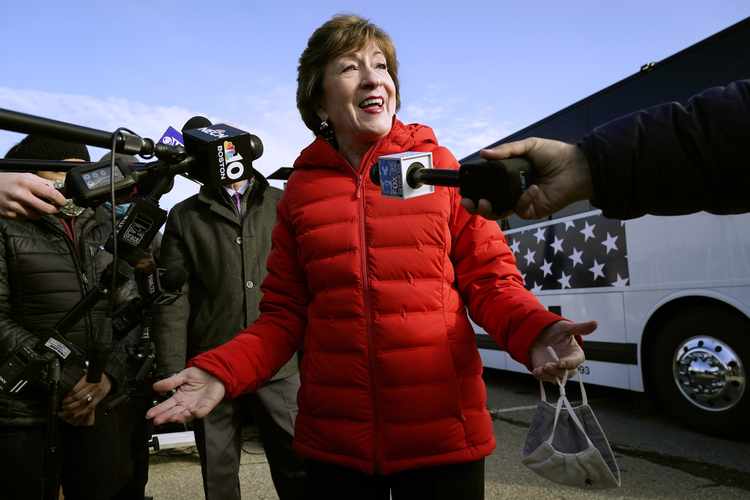 Susan Collins was as good as gone. The Maine Republican seeking a fifth Senate term in what is still mostly a blue state appeared likely to be a casualty of President Trump. Democrats had her in their sights and believed they could finally discredit her reputation as a centrist in order to get nearly every Joe Biden voter in the state to cast a ballot against her.