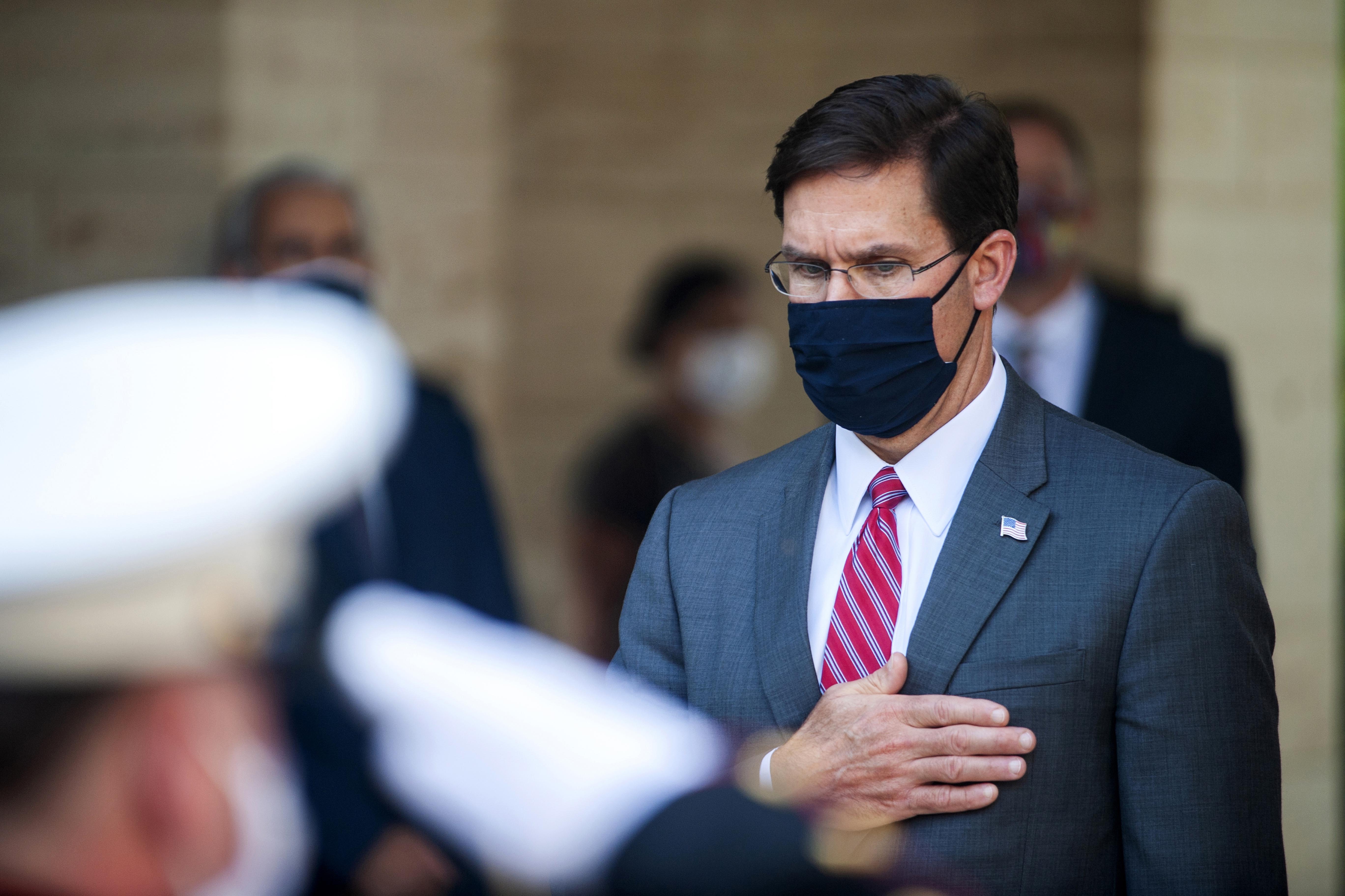 Since the summer, Esper and Trump have clashed over a number of issues, especially the president's threat to use active-duty troops to quash civil unrest.

Esper spent most of his tenure as a bystander to the president’s most disruptive national security decisions, earning the reputation in some circles as a yes-man. But the Defense secretary increasingly pushed back on his boss over the course of the year, angering the president.

Trump has grown increasingly frustrated with Esper since a rift in June, when the defense secretary publicly declared his opposition to deploying active-duty troops to tamp down protests against police violence and racial injustice, just days after the president threatened to do just that. Esper's message and forceful tone rubbed some in the White House the wrong way, two White House aides and two others close to the discussions told POLITICO at the time.

In an effort reminiscent of the derogatory comments Trump made about Mattis leading up to his departure, the president has repeatedly undermined Esper in public in recent months, even openly mocking his Pentagon chief. When asked during an August press conference whether he had confidence in Esper's leadership, Trump referred to him derisively as “Mark ‘Yesper,” before hinting that he may not be long for the job.

“Mark Yesper? Did you call him Yesper?” Trump said. “I consider firing everybody. At some point, that's what happens.”

Trump has spent the past few months undercutting his Pentagon chief on a handful of other policy issues. For instance, Trump in June stunned NATO allies and senior DoD leaders when he directed the withdrawal of thousands of troops from Germany. Days later, he blindsided the Pentagon yet again by tweeting his opposition to the removal of Confederate names from Army bases, just two days after Esper opened the door to doing so.

In August, Trump tweeted that he had “firmly and totally rejected” a proposal working its way through the Pentagon to cut military health services by $2.2 billion as part of Esper's defense-wide review. POLITICO first reported that Defense Department officials were readying the proposal to be officially presented to Esper.

Esper also clashed with Trump over the promotion of Lt. Col. Alexander Vindman, the star witness in the impeachment who told Congress that Trump’s July 25 phone call with his Ukrainian counterpart undermined U.S. national security. Esper approved Vindman's promotion in June, even though he knew the move could put him at odds with the White House. Esper also effectively banned the public display of the Confederate flag on military installations, despite Trump's support of such displays as freedom of speech.

Esper has made himself scarce in the weeks leading up to the election, a way to both avoid the president's wrath and to keep the military out of the news amid a highly polarized election season. He traveled extensively and mostly avoided talking to the press. Just in the past two months, he's traveled to North Africa, the Mediterranean, the Middle East and India, as well as spots around the U.S.

A West Point graduate, former Army officer, lobbyist for Raytheon and then Army secretary, Esper took steps to carry out a strategic shift to competition with China and Russia, and initiated a sweeping review aimed at finding and eliminating inefficiencies in the Defense budget. But the second half of his time in office was overtaken by the coronavirus pandemic, a crisis over the military's role in civil law enforcement and tackling diversity in the ranks.

Miller, the new acting secretary, had been head of the NCTC only since August. Before that he was deputy assistant secretary of defense for special operations and combating terrorism.

Miller is a veteran who served from 1983 to 2014, according to his biography. A former enlisted Army Reserve infantryman, he was a military policeman in the D.C. National Guard and went on to receive his commission in the Army in 1987. He later joined Special Forces took part in combat operations in Afghanistan in 2001 and Iraq in 2003 while assigned to the 5th Special Forces Group (Airborne).