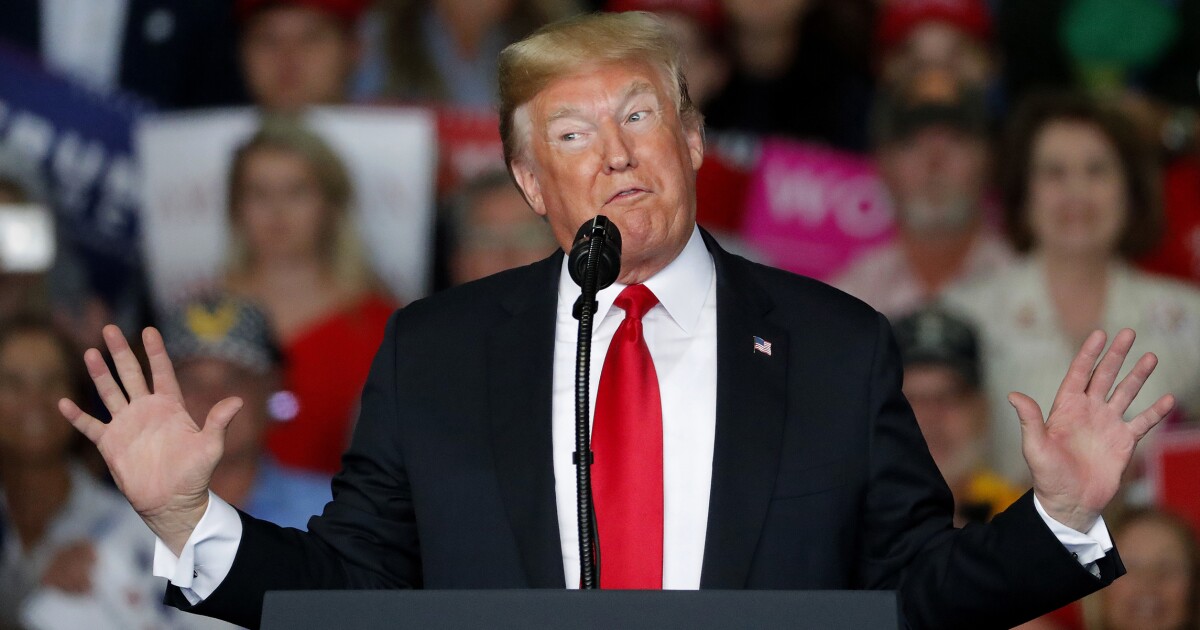 President Trump is holding a rally for Sens. David Perdue and Kelly Loeffler on the eve of their Georgia runoff elections that will decide which party has control of the Senate.

The Monday rally is set to begin at 7 p.m. EST in Dalton, Georgia.

Loeffler and Perdue are facing off against Democratic challengers Raphael Warnock and Jon Ossoff, respectively, in the Tuesday contest.

Republicans need to win just one seat in order to hold a slim majority in the Senate, while Democrats need to win both seats in order to tie up the chamber with Vice President-elect Kamala Harris becoming the tiebreaking vote.