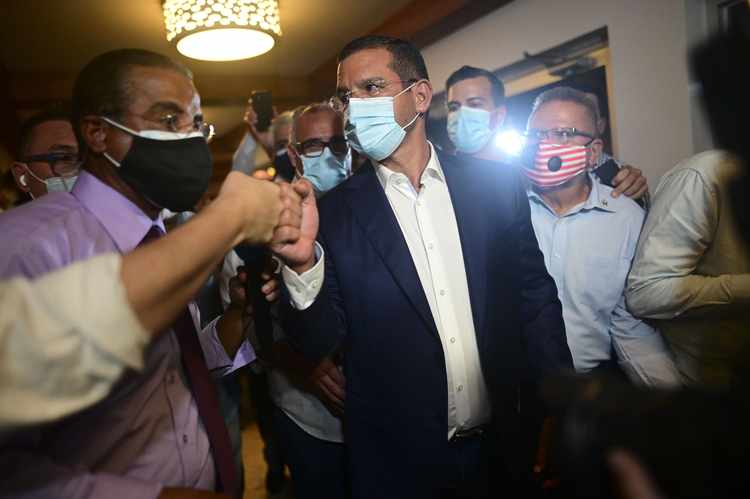 The time has come for Congress to grant statehood to Puerto Rico after more than 122 years of colonial rule by the United States. Several weeks ago, the U.S. citizens in the territory of Puerto Rico reiterated, in a general referendum, their desire for admission into the union as its newest state. The 53% pro-statehood vote was not an aberration: This is the third time in eight years (2012, 2017, and 2020) that the people of the territory, freely and democratically, have voted for statehood.

As if that was not enough of a message to Washington, Puerto Rican voters reelected an administration of the New Progressive Party, which strongly promotes statehood. All its candidates, including the newly elected governor, Pedro Pierluisi (pictured above), ran under a pledge of admission into the union without delay, a platform validated by the voters in the recent general election.

The people have spoken; now is time for action from Washington.

The question before us is simple: How many times should we be forced to vote before Congress and the White House take concrete action and grant us our right to equality as U.S. citizens? We are talking about the lives of more than 3.1 million residents in Puerto Rico. When is enough?

The stateside politicians closest to us are supportive. Although voters in Georgia are being warned that Democrats might try to make Puerto Rico a state if they win the Jan. 5 runoff, which could give the party two more Senate seats, both senators from the great state of Florida, Rick Scott and Marco Rubio, have been outspoken proponents of admission. Both are also Republicans. Scott has been one of the most fervent advocates of equality for our U.S. citizens since he was governor of the Sunshine State. But this is not a partisan issue anyway. During the past few years, statehood for Puerto Rico has gathered unprecedented support from Congress members on both sides of the aisle. It has become commonplace to hear Republican and Democratic leaders talking, openly, about the need of statehood for Puerto Rico.

Moreover, every poll conducted in the United States in the past three years has shown overwhelming public support for statehood – averaging over 60% — and growing steadily.

Such is the clamor for equality that presidential candidates have spoken about it.

Before the election, in mid-September, during a public engagement, then-presidential candidate Joe Biden made it clear he backs statehood for Puerto Rico. Now that statehood has won the majority support of our voters, the ball is in Washington’s court.

As requested by the citizens of Puerto Rico, two weeks ago our resident commissioner, Jenniffer Gonzalez, went to the floor of the U.S. House to inform that body of the results of the status referendum. Meanwhile, our state legislature soon will start conversations with members of the new 117th Congress set to take office in January with the goal of approving an admission bill during the first half of 2021.

We will be also visiting the members of the new executive branch, explaining the need for urgent action.

At the same time, we will be in direct and continuous dialogue with our governor, who, having served two terms as resident commissioner and having the connections and experiences needed to navigate the political waters of Washington, will advance the people’s agenda of statehood.

I want to send a simple but robust message to those members of the new Congress: No more delays in implementing the will of the U.S. citizens of Puerto Rico. The 117th Congress must act in favor of statehood immediately; it must be a top priority.

The White House should also act, as soon as possible, on President-elect Biden’s pledge of support for admission. Since he is the leader of the Democratic Party and wants statehood for Puerto Rico, it should be simple.

The people of Puerto Rico, as well as those in the rest of the states, will be paying close attention. We are all in for statehood. That’s what the people want, and that’s what we are going to give them.

Carlos “Johnny” Mendez is speaker of the Puerto Rico House of Representatives.