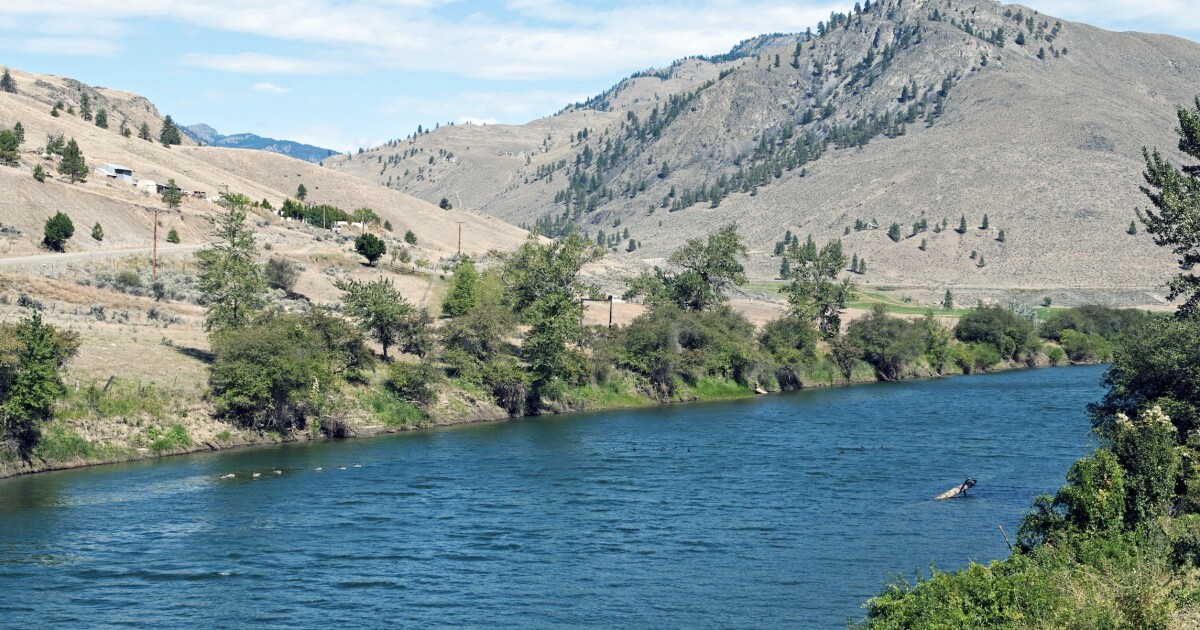 Indigenous tribes in northern Washington are looking for ways to bring an end to a 100-year-old dam that has not powered a Washington home since 1959.

Built out of wood in 1906 to power mining camps, the concrete version of the Enloe Dam was completed in 1920 four miles from Oroville, Washington on the Similkameen River.

In 1923, the site was bought by the Washington Water Power Company, which was purchased in turn by the Okanogan Public Utility District in 1942.

The 54-foot high dam ceased operations in 1958 when the Bonneville Power Administration system began offering cheaper prices and has drawn fire from the Confederated Tribes of the Colville Reservation over its alleged affect on wildlife.

Attempts to restart the dam over the years have consistently failed due to environmental concerns from the state.

The dam's parent company obtained an electric power plant license from the Federal Energy Regulatory Commission in 1983 and lost it by 1986 due to its unknown affect on fish populations.

A second license for a 4.1 megawatt plant was granted in 1996, but was rescinded on the same grounds in 2000. The dam's last application was submitted in 2008 to build a 9 megawatt power plant.

In 2018, the Okanogan Public Utility was sued by the Center for Environmental Law and Policy along with the Sierra Club and Columbiana, which alleged the dam was disruptive to Upper Columbia steelhead and Chinook salmon habitats.

The company is expected to shell out up to $7 million for a mandatory safety study ordered by the Washington Department of Ecology.

Critics of the dam have also expressed concern that past decades of mining have contaminated the soil.

A 2019 report funded by the Bonneville Power Administration and the U.S. Department of Energy found that the Okanogan sub-basin’s wild summer steelhead population has averaged at around 298 fish between 2005 and 2018 or more fish than most of the past 15 years.

Rebooting the damn could cost up to $87 million to general power at roughly $150 a megawatt hour or nearly 10-times the cost of power from the local public utility district, utility officials have reported.

It is still unknown what removing the dam outright could cost, if at all possible.

The average age of America's more than 90,000 dams is 56 years and could cost up to $45 billion to repair, according to a 2017 report from the American Society of Civil Engineers.

A National Climate Assessment report released by the White House in 2018 further found that more destructive storm patterns are expected to push many dams beyond their limits.

Earlier this year, a federal judge found that the Bonneville Power administration was lagging behind in its obligations to maintain the aging dams along Eastern Washington's Snake River.